Are We Ready for the Robot Revolution? 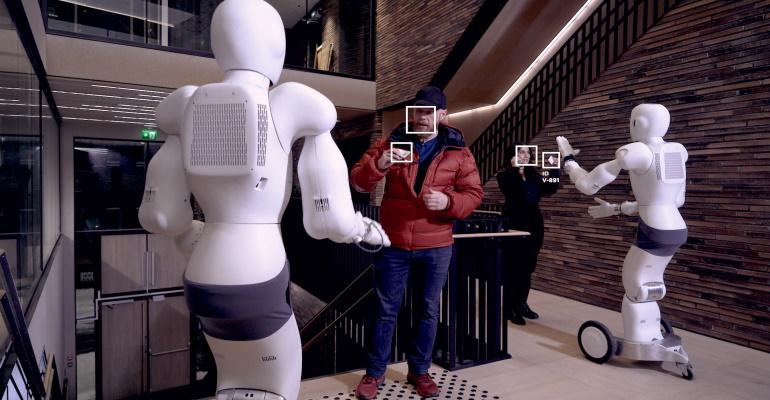 Could you do with a helping robot hand around the house?

My wife (Gina the Gorgeous) wants a robot. I’m not sure what she’s been watching, but she says she wants a humanoid robot that can help her around the house and accompany her when she goes shopping.

When I foolishly enquired further, Gina informed me that, in the case of our home, she wants a robot that can spot things when they are out of place and return them to their rightful location, including picking up the cat toys and putting them in the basket so the cats have something to do at night (re-depositing them all over the house). She would also like a robot that could load and unload the dishwasher. Similarly with the clothes washer and dryer. Although she’s not mentioned it, I’m sure a little light dusting and vacuuming wouldn’t go amiss.

When it comes to trips to the supermarket, Gina would like the robot to act as an intelligent shopping list, reciting all the things that had popped into her head (and out of her mouth) prior to the trip. She would also like to be able to give it verbal instructions like, “Go and get a bottle of Heinz tomato ketchup and then meet me at the meat counter.”

The frightening thing is that these are all activities Gina has painstakingly trained me to do over the years. Am I to take it that I’m going to be supplanted, or does she think there are sufficient chores to keep both the robot and me occupied?

I came up reading books like I Robot and The Rest of the Robots by Isaac Asimov (the I Robot movie is nothing like the book). Prior to Asimov, just about every robot story you can find is inspired by the tale of Frankenstein’s Monster (i.e., someone creates something that turns against them). Asimov was of the opinion that if we created robots, we would do so in such a way that they wouldn’t be able to intentionally harm us, which is why he defined the Three Laws of Robotics. In many of his subsequent stories, he cleverly created plots that could somehow circumvent his own laws.

In The Naked Sun (the sequel to The Caves of Steel), a human detective from Earth called Elijah Baley accompanies a humanoid robot called R. Daneel Olivaw to the colonized planet of Solaria to solve an unusual murder. It turns out that ... but no! I’m not going to give anything away. Suffice it to say that I recommend without reservation all of the books I’ve mentioned here.

As an aside, if you want to be exposed to one possible future where artificial intelligence (AI) in the form of humanoid androids goes pear shaped, then all I can say is “Mother/Android” (but don’t come whining to me if you find you can’t get to sleep—or if you wake up screaming—after watching this post-apocalyptic science fiction thriller).

Are humanoid robots the only possibly shape? Of course not. It’s just that this is a very convenient form if we want these devices to inhabit the same spaces and work with the same artifacts as ourselves. Also, there’s something a tad disconcerting with respect to a Lovecraftian robot, for example, whose tentacular manipulators make one think of Cthulhu (sired, as we are all doubtless aware, by Nug through parthenogenesis).

One of the wonderful things about being me—in addition to my outrageous good looks and my internationally commented on sense of style (my mother, who lives in the UK, is always saying encouraging things when we FaceTime, like “You’re not going out looking like that, are you?”)—is that I get to talk to a lot of companies about their latest and greatest technologies.

Recently, for example, while he was CTO at Halodi Robotics, I had a jolly interesting chat with Nicholas Nadeau (I just discovered that Nicholas is now Fractional CTO—Robotics & AI; the new CTO at Halodi, and also the founder of Halodi, is Bernt Øivind Børnich). Nicholas told me about a self-balancing human sized robot called EVE with 23 degrees of freedom. In addition to two-arm manipulation accompanied by force and impedance control on all joints, EVE can squat down to pick things up off the floor or out of cupboards or off shelves, and also reach up as shown in the image below. 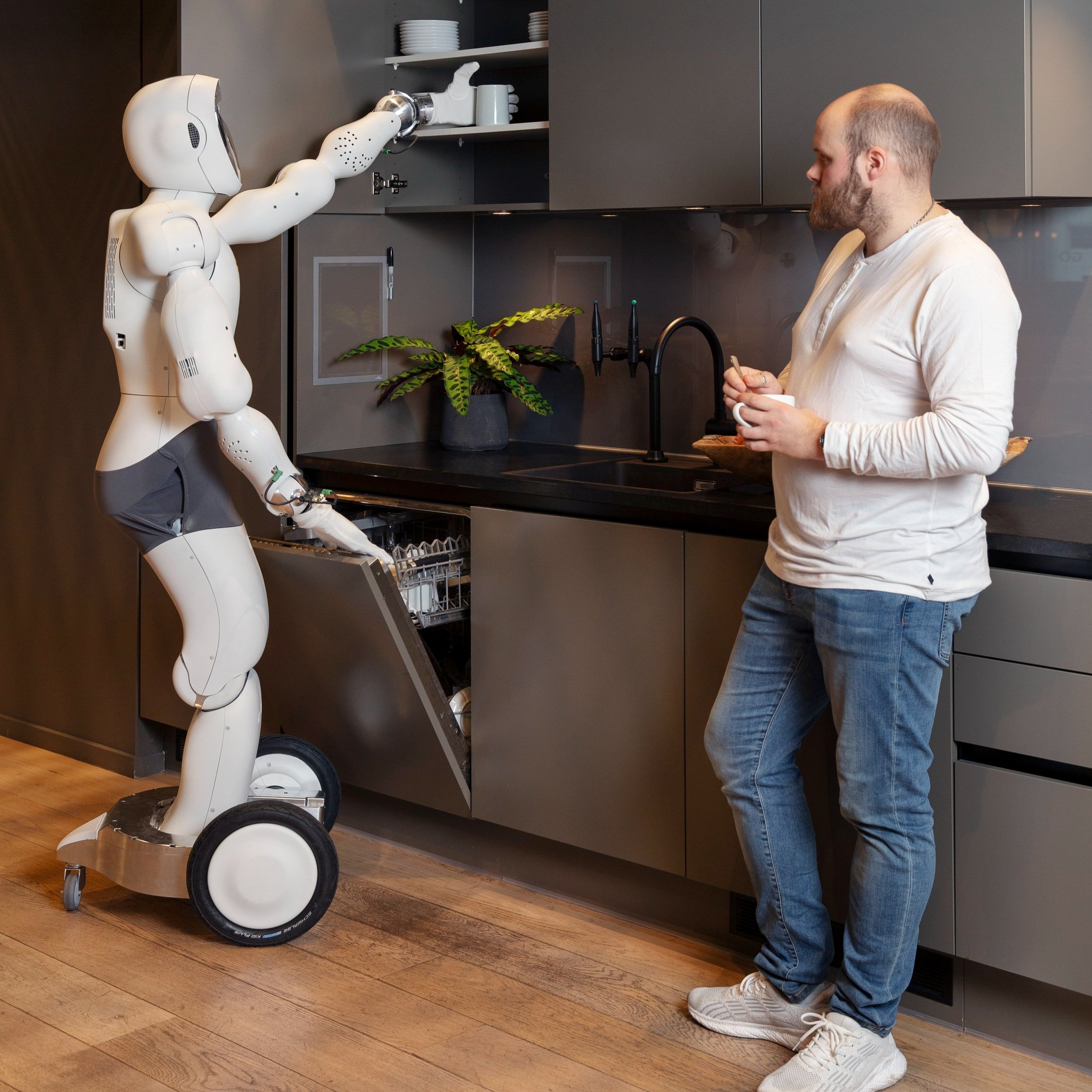 Unlike the awesome (and awesomely expensive) Atlas created by Boston Dynamics, EVE can’t dance but, there again, neither can I, which is a tad embarrassing considering that my dear old dad was a professional dancer on the variety hall stage prior to WWII. On the other hand, EVE can go anywhere where the facilities are in compliance with the Americans with Disabilities Act (ADA), including travelling up ramps, riding in elevators, and so forth.

EVE isn’t just a proof-of-concept. EVEs have already been deployed in retail environments like supermarkets where they can be used to restock shelves. Also, to roam the aisles spotting out-of-place items and returning them to their appointed locations.

Another area where EVE is being deployed is in healthcare facilities like hospitals and care homes. In these environments, EVE can help nurses by delivering meals to patients, fetching glasses of water, and checking in on the patients throughout the night.

Security is another obvious application. EVE can roam corridors, verify doors are locked, check lights are off (if not, extinguish the lights and lock the doors), detect intruders, and so on. The people who don the undergarments of authority and stride the corridors of power at security services company ADT are not unaware of EVE’s potential because—earlier this year—they placed the world’s largest order for humanoid robots by ordering 140 EVEs from Halodi.

On the one hand, we are still a long way from having robots as powerful and sophisticated as R. Daneel Olivaw. On the other hand, things are now moving extremely quickly on the artificial intelligence and robotics fronts. So quickly, in fact, that I’m starting to dare to believe that—while I still have a corporeal presence on this planet—I may one day own an EVE of my own, in which case Gina can do what she does best (give orders) and I can play to my own strengths (doing nothing and relaxing furiously).

What say you? Do you have any thoughts you’d care to share on this topic? Could you be tempted to have an EVE in your own home? (If you’ve already seen Mother/Android, I will fully understand if your answer is a resounding “No!”)