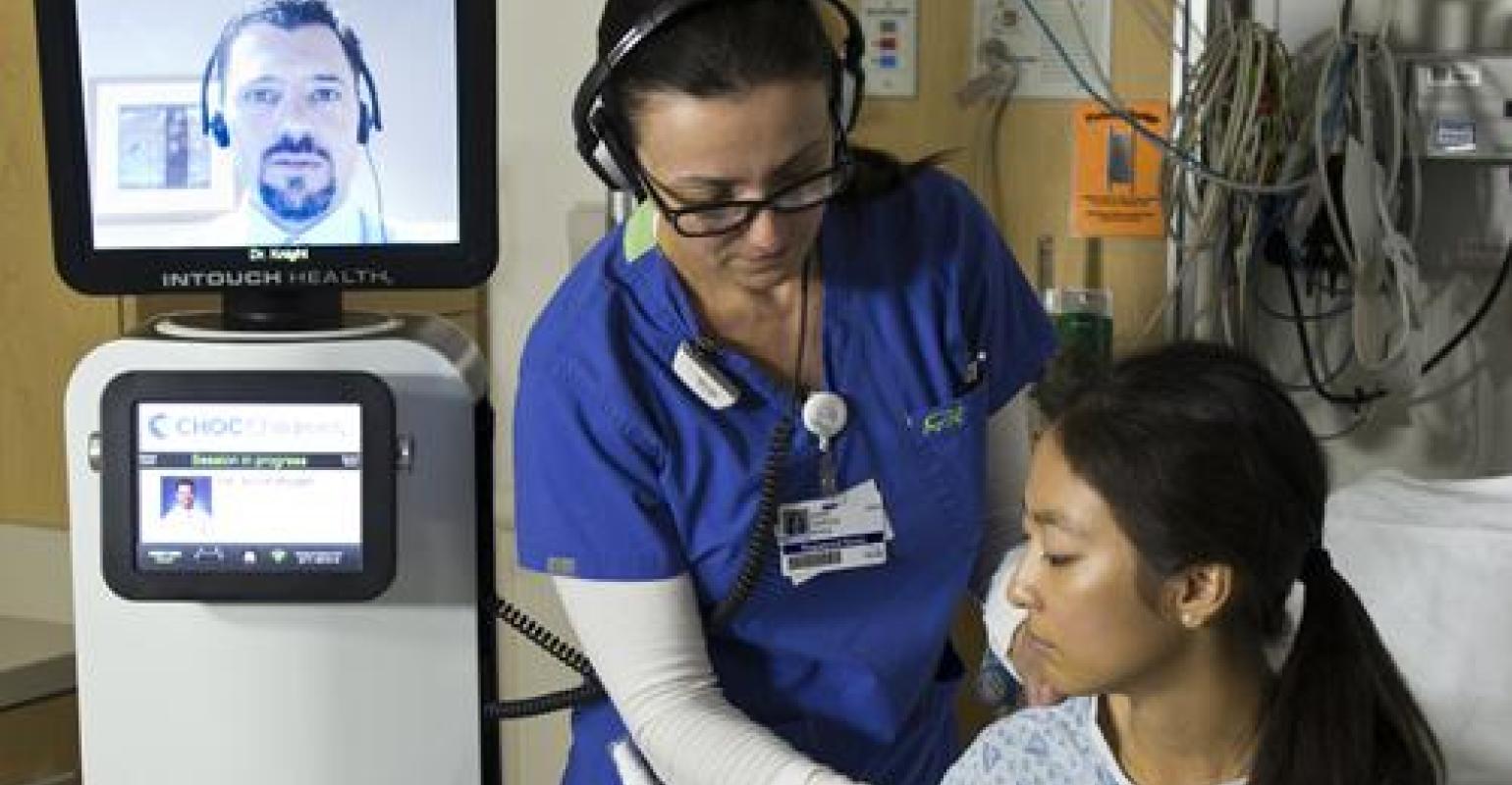 iRobot and InTouch Health have partnered to create the Remote Presence Virtual+Independent Telemedicine Assistant (RP-VITA) through which a doctor in a remote location can conduct patient care as if he or she is in the room.

"The RP-VITA raises the bar for overseeing patient care remotely and allows me to proactively control a situation as if I were there," said Dr. Jason Knight, director of the Children's Hospital of Orange County California Transport Program and assistant clinical professor at the University of California, Irvine, in an interview. Knight has tested the device and led RP-VITA's clinical validation process at CHOC. The robot -- the most sophisticated of its kind, according to Timothy Wright, InTouch Health's vice president of corporate and market strategy -- was born out of a development collaboration between the two companies in July 2011. 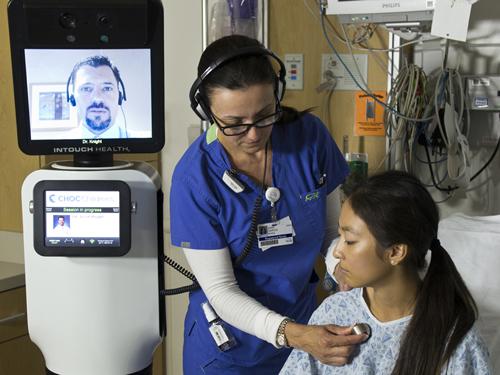 iRobot -- known for its development of consumer robotic devices like a robotic vacuum called the Roomba that cleans the floor on its own -- provided navigation capabilities that allow the robot to move autonomously based on its Ava mobile robotic platform. InTouch Health provided RP-VITA's remote presence technologies and video-based user interface that allows doctors to feel as if they are actually present in the room with patients. The company, which works on a range of telemedicine solutions, also integrated hospital diagnostic implements such as electronic stethoscopes, otoscopes, and ultrasound equipment into the robot to allow for remote examination.

While robots have been used in hospital telemedicine programs before, Wright told us that RP-VITA was designed to take ease of use and sophistication to a new level to help doctors provide better patient care under increased demand for their time and attention. "There are no other robots like this on the market," he said. "It supports is a growing trend in telemedicine to help extend a physician's reach."

To date, devices that allow doctors to remotely interact with patients have been operated by a joystick, Wright said. However, "we believe that in order to expand physician adoption, we need to make our robots easy for them to use," he said. To facilitate this, InTouch promoted the use of an iPad to navigate RP-VITA, which makes it relatively simple for someone even without technical skills or manual dexterity to use, Wright said. Via this navigation, RP-VITA can travel on wheels around a hospital at a maximum forward speed of 3.36 mph, rolling through corridors and into patient rooms.

One of its key features -- advanced obstacle detection avoidance sensors that include laser range finders -- allow the robot to keep out of the way of obstacles in its path and maneuver around them, allowing for a safe journey through busy hospital hallways. The robot also creates a digital map of an environment that it can access for future use, labeling rooms, controlling navigation speeds for certain areas, and marking zones where the robot should not travel, Wright said.