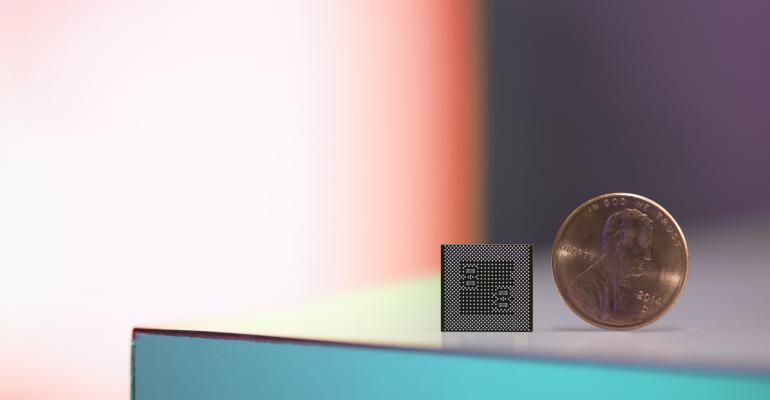 Qualcomm has released the Snapdragon 835, its first chip manufactured with a 10-nanometer manufacturing process that makes it ideal for next-generation mobile applications, including augmented and virtual reality.

Qualcomm has kicked off CES 2017 by announcing the release of the Snapdragon 835, the latest in its ubiquitous family of chips, and one that Qualcomm says will usher in the next generation of mobile devices, even those beyond smartphones.

Seeking to beat competitors to market, the Snapdragon 835 is the first mobile chip commercially manufactured using the 10-nanometer process, 10nm FinFET, which the company says allows it to put 30 percent more parts into the same space as a chip manufactured using the 14nm process, but with a smaller footprint. The new processor reportedly contains 3 billion transistors.

Using the 10-nanometer process, Qualcom says it has produced a chip that this 35 percent smaller and consumers 25 percent less power than its previous designs. What that means on the surface is that smartphones could get a lot thinner and also have larger batteries. But should Qualcomm have its way the Snapdragon 835 will be under the hood of both consumer and enterprise devices ranging from smartphones, mobile PCs, and tablets, to virtual reality (VR) and augmented reality (AR) head-mounted displays.

Qualcomm has also partnered with ODG, a San Francisco-based developer of VR and AR technologies, to release the first product built using the Snapdragon 835. ODG's R-8 and R-9 are mobile VR/AR glasses (“smartglasses” if you're fancy) targeted at consumer and enterprise applications respectively, with the R-9 offering a 50-degree field of view, 1080p resolution, and the ability to function as a development platform for mobile AR/VR applications. Early reviews coming out of CES have labeled ODG smartglasses as everything from a “Google Glass killer” to awful, but the smartglasses should at least offer a genuine proof of concept of the power of the new Snapdragon chip.

This is not Qualcomm's first push into establishing itself in the VR market. In the fall of 2016 the company announced the Snapdragon VR820 processor, a platform targeted at OEMs looking to create VR headsets and other devices. With the release of the 835, Qualcomm is now positioned within the mobile AR/VR market as well as PC, console, and standalone headsets.

Full specs of the Snapdragon 835 are available on Qualcomm's website. The company expects more devices to ship with the chip as early as the first half of 2017.