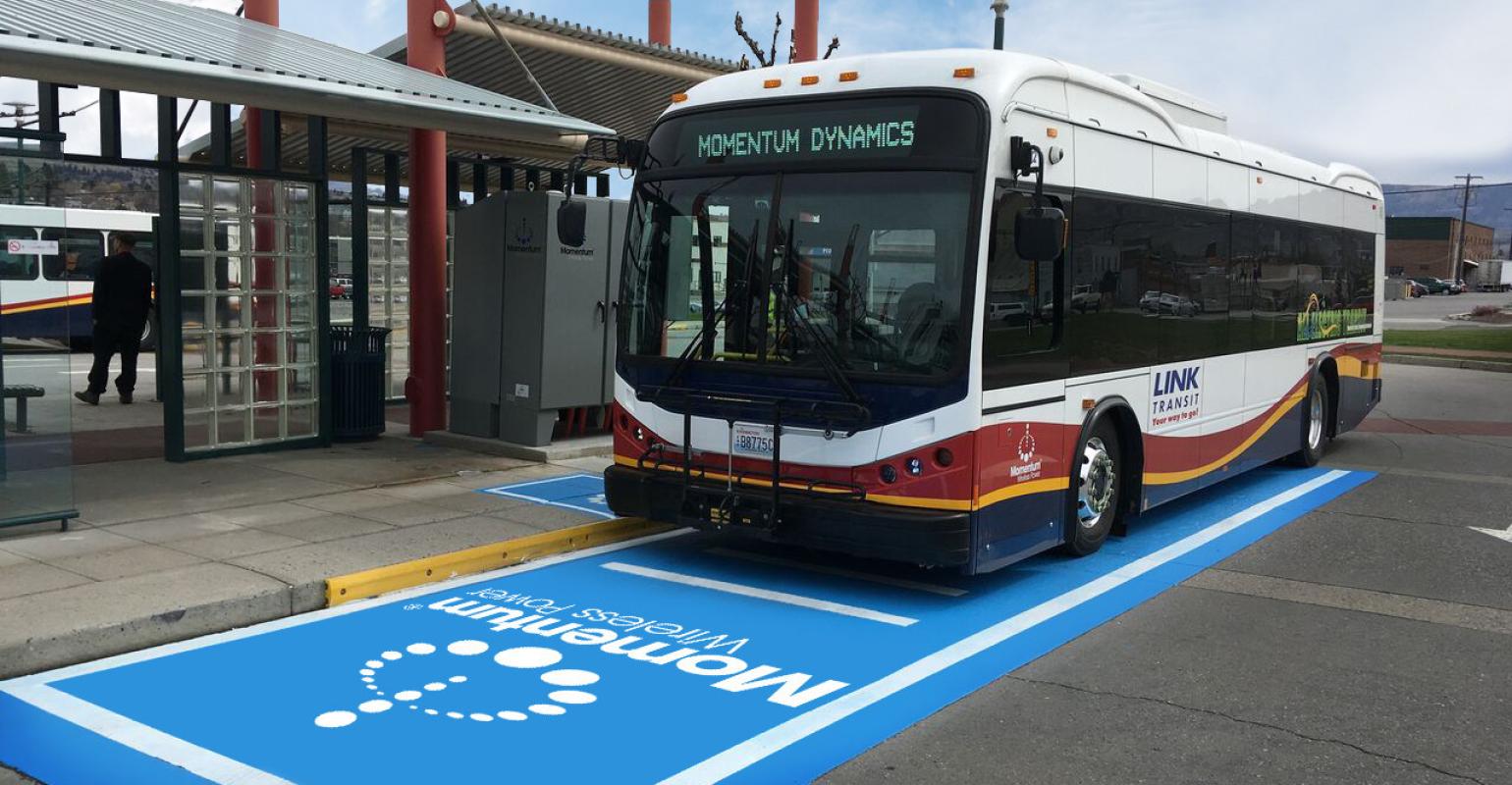 Power Out Of Thin Air

Wireless charging of electric buses proves its worth

One of the ongoing debates about the general acceptance of electric vehicles (EVs) is the need for wireless charging. Proponents of such systems point to the ability to park over a pad embedded in a parking spot and pick up 20-30 miles of range while grocery shopping. They say that this so-called "opportunity charging" helps to reduce range anxiety, making EVs more attractive. If you put the same charging pad in your garage, you simply park over it at night and the car automatically adds the electricity needed for the next day’s commute.

The convenience of wireless charging comes with a price tag, however. Wireless charging adds a need for costly equipment both in the home garage and onboard an already expensive electric vehicle. Current owners of EVs find that remembering to plug in their charger at night is a small price to pay for never having to stop at a gas station. They always have a full “tank” in the morning.

Wireless charging an EV works in a similar way to wirelessly charging a cell phone. Electricity is transferred from the coil in the charger on the ground to a coil located on the bottom of the vehicle through induction. It is important that the coils are parallel and closely aligned to one another. The air gap between the coils is also critical (4-6 inches is typical). If everything lines up properly, charging efficiencies for inductive charging can be as high as 85-90 percent.

One application where wireless charging can show real advantages is with heavy vehicles—and most particularly city buses. A Pennsylvania company, Momentum Dynamics, has just announced the commissioning of a 200-kilowatt wireless charging system for a bus fleet in Wenatchee, Washington. The system is operational on a BYD K95 electric bus operated by Link Transit.

The 200-kilowatt charger adds enough energy to the bus battery during a five minute stop to allow it to complete another route cycle. The charging system is embedded into the pavement at a Link Transit transfer station stop. Each time the BYD bus parks over the charger, its battery is automatically recharged.

“The simplicity along with the seamless charging allows Link Transit to operate all of our urban service routes continuously without the need for midday charging,” said Todd Daniel, Technology Manager for Link in a press release. “Link is planning to expand this technology for our longer rural routes in the near future, which will assist in the agency’s goal of 100% fleet electrification,” he added.

The technology involved has proven to be quite adaptable. “On this BYD bus, the distance between the charging coil mounted flush with the cement and the vehicle coil is approximately 7 inches,” Ben Cohen, vice president of engineering for Momentum, told Design News. That distance is typical for low-floor municipal buses, but can vary up to a distance of 12 inches on other types of vehicles. Cohen reported that the overall charging efficiency is 92%. Almost all of those losses were from the power electronics—virtually no losses were coming from the wireless power transfer.

The cost of the Momentum Dynamics wireless equipment is similar to the cost of equipment on the vehicle used for fast DC charging. Cohen told Design News that those costs are dramatically affected by product volume. The company is also working on a larger 300-kilowatt wireless charger that should be available in 2019. By next year, Momentum also plans to have rolled out wireless charging to several other bus lines in the US and Europe.