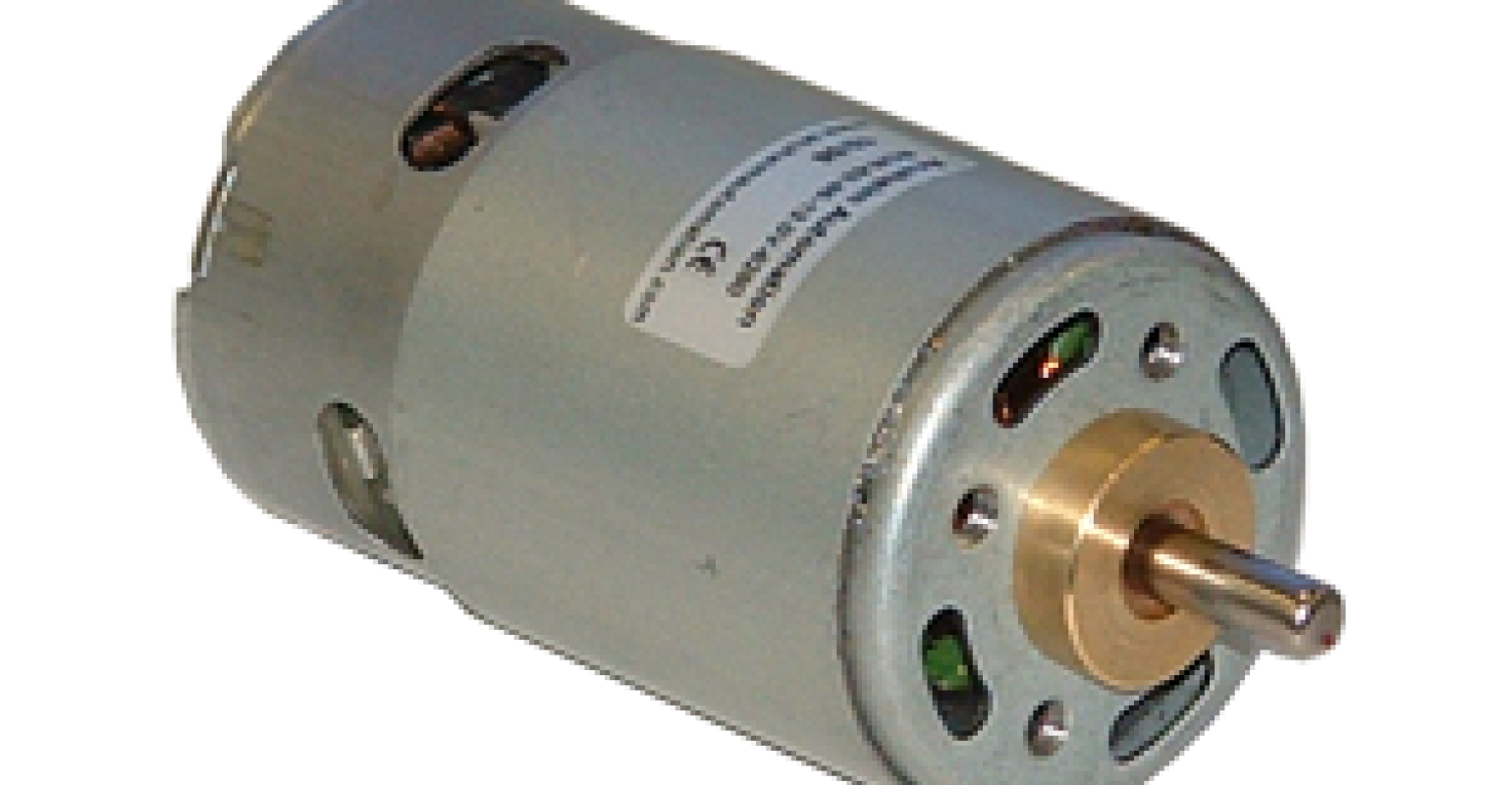 In controlling the speed of a brushed DC motor, there are two cost-effective methods using a PIC microcontroller: optical encoder and Back EMF.

Industrial Motion Controllers provide precise speed and accuracy for operating rotating machines with microcontrollers and speed algorithms. A variety of mechatronic applications ranging from power windows to desktop electric robotic arms require motor control. With a variety of DC motors on the market, the brushed DC motor requires less complicated electronic controls to operate. In controlling the speed of a brushed DC motor, there are two cost-effective methods using a PIC microcontroller: optical encoder and Back EMF.

A brushed DC motor is an electric rotating machine that uses commutation, or the method of switching DC current through the various windings of the electromechanical part. The internal physical part that performs the commutation is a commutator. The commutator is a cylinder wrapped with multiple metal contact segments attached to the armature of the rotating machine. Brushes or soft carbon-based electrical contacts touch the commutator. The windings on the armature are attached to the multiple metal contact segments of the commutator. A brushed DC motor’s speed can be easily measured by an optical encoder and a PIC microcontroller.

Viewing these pulses can be accomplished by attaching an oscilloscope to the optical encoder’s output signal pin.

Here’s a lab setup using the PICDEM Mechatronics Development board for viewing the digital signals produced by the optical encoder.

In addition to providing the jumpers, wiring, and circuit schematic diagrams, and the programmer, the PICDEM Mechatronics development board kit has the software for nine hands-on labs. The software is written in assembly language code and can easily be modified using Microchip’s MPLAB-X IDE tool. The assembly code for the optical encoder lab is quite extensive and well commented. The following assembly code subroutine operates the brushed DC motor. The brushed DC motor is operated by a power MOSFET half bridge circuit along with the two internal timing – signal modules.

For the encoder’s pulses, the assembly code subroutine for accomplishing the measuring task is shown next.

The potentiometer on the PICDEM Mechatronics development board provides an input control for adjusting the brushed DC motor’s speed. The smooth linear speed ramp-up is accomplished by the PIC16F917 microcontroller’s PWM module. The power MOSFET half bridge driver circuit operates the brushed DC motor efficiently and effectively using the PIC microcontroller’s PWM module.

Back EMF is typically not as accurate as optical encoder feedback because of the motor’s mechanical construction and unregulated voltage. However, in many non-critical applications the accuracy doesn’t have to be very precise in speed measurement. Back EMF is more cost-effective than other speed feedback mechanism because of the low parts count which consist of a resistor and capacitor. The resistor and capacitor form a low pass filter which reduces the small voltage transients or electrical noise produced by the brushed DC motor’s commutator. The removal of this electrical transient is critical to the speed measurement made by the microcontroller.

The circuit schematic diagram looks quite similar to optical encoder design with the exception of the low pass filter wired to pin 7 (port AN4) of the PIC16F917 microcontroller.

The measurement setup has a slight change where the oscilloscope is attached to the Back EMF pin on the PICDEM development board instead of the Optical Interrupter test point. The Back EMF waveform shows a small switching time-off period of the motor’s commutator.

The assembly code for measuring the Back EMF provides the following sequence measurement events for the brushed DC motor: