Origami-Inspired Solar Panels Could be Headed for Space 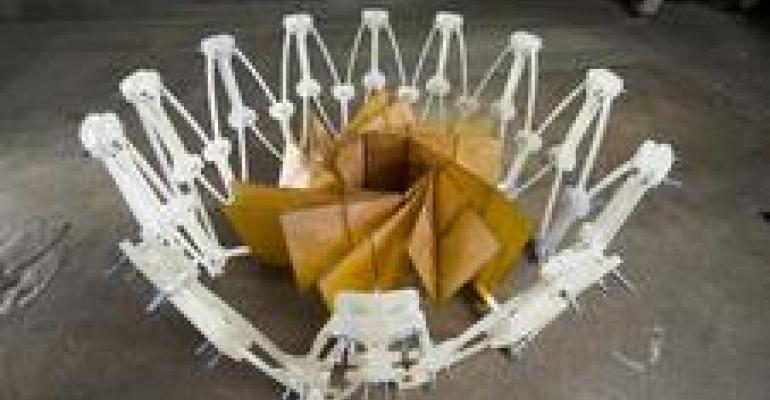 Inspired by this, Trease began to imagine that origami could be applied to building spacecraft components, particularly solar panels that could one day send solar power from space to be used on earth, according to NASA. Using an origami design could allow the panels to be folded for travel into space and then unfolded and deployed. 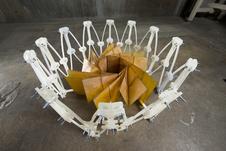 To test this theory, Trease collaborated last year with Shannon Zirbel, a doctoral student at BYU who worked with Trease while on a NASA Technology Research Fellowship; origami expert Robert Lang; and BYU professor Larry Howell to develop a solar array that folds up to be 8.9 feet in diameter. Once unfolded, however, the structure is 82 feet across.

"This is a unique crossover of art and culture and technology," Trease said of the collaboration in an article on NASA's website.

Trease isn't the first to come up with the idea to use origami for solar panels. In fact, Japanese astrophysicist Koryo Miura invented a fold named for him with solar panels in mind. In a 1995 experiment, a solar panel with this so-called Miura fold -- which appears to be divided evenly into a checkerboard of parallelograms when opened -- was unfolded on a Japanese satellite called the Space Flyer Unit, according to NASA.

This technology is in its infancy, but with NASA's new emphasis and small satellites and large structures it could be revisited and become useful for space-bound solar arrays, Trease said in the NASA article. "The fact that we're going both bigger and smaller may open up domains where it may be relevant again."

Trease, however, did not use a Miura fold for the solar panel designed at NASA, but instead used a combination of folds that looks like a flower in bloom that expands into a flat, circular surface.

While actual use of these types of panels is a ways off, they could one day be used as a power source with small satellites NASA has been developing called CubeSats. Other applications for origami-inspired designs include antennae and any spacecraft components that would benefit from deployment from the center outward, according to Trease.