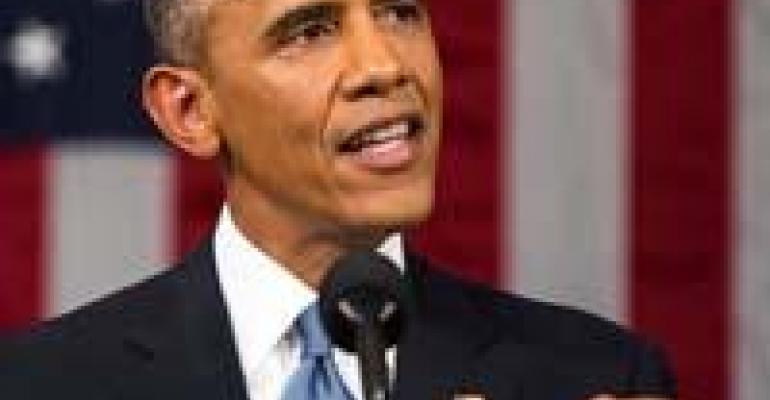 The Obama administration's focus on supporting the manufacturing industry turned to textiles yesterday with the announcement of a $75 million federal investment in a competition to build a research center to foster innovation in textiles and technology.

The Department of Defense (DoD) will lead the competition -- open to leading manufacturers, universities, and non-profits -- to form a new manufacturing hub focused on the latest in fibers and textiles technology. The White House expects its investment to be matched by at least the same amount by the private sector. 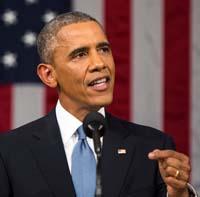 Obama made the announcement in Ohio, home of the original model for the research center -- America Makes, a 3D printing innovation center in Youngstown started in 2012 that unites researchers from the manufacturing industry, academia, and the public sector. That center is one of eight manufacturing innovation institutes developed by competitions launched by the Obama administration to date.

Indeed, Obama has been a great champion of the manufacturing industry, making a number of strategic initiatives and investments to bolster the sector. Among them are the establishment of innovation hubs -- for digital manufacturing and lightweight materials and metals -- in Chicago and Detroit, respectively.

The proposed Revolutionary Fibers and Textiles Manufacturing Innovation Institute aims to keep US manufacturers on the cutting edge of fiber science.

The DoD is a good fit to lead the competition because its research arm, DARPA, already has been developing cutting-edge textiles, such as lightweight and flame-resistant textiles that could provide protection for soldiers. Other types of innovations already in development by the DoD include a fabric that could detect when a soldier is injured and could apply treatment in the form of an antimicrobial compression bandage.

But the science of combining fabrics and technology also has a range of applications outside the military. Some like the textiles in development at the DoD could protect firefighters from being burned on the job, while other fabrics could incorporate smart sensors into clothing and other wearables for personal health monitoring and other applications.

In addition to the textiles center competition, Obama also unveiled a $320 million competition aimed at boosting small manufacturers in 12 states. Through this competition, nonprofits in Ohio, Alaska, Idaho, Illinois, Minnesota, New Jersey, New York, Oklahoma, Utah, Washington, West Virginia, and Wisconsin will vie for $158 million in federal funds matched by $158 million or more in private investment over five years to provide technology and engineering expertise to small manufacturers. The competition is the latest in an effort to strengthen the Manufacturing Extension Partnership (MEP)'s network of centers in these states.

Another effort by the administration unveiled yesterday focuses on the supply chain. The new White House Supply Chain Innovation Initiative is aimed at improving the access of small- and medium-sized manufacturers to technologies and resources they need to improve innovation and productivity. The initiative is part of a commitment Obama made to bolster the supply chain during his State of the Union address in January.

As part of the initiative, the administration will convene a Supply Chain Innovation Roundtable of CEOs and representatives from leading manufacturers later this year with the intent to work with small companies in their supply chain to accelerate technology adoption, improve product design and process engineering, as well as strengthen links in the supply chain itself. In addition, the departments of Commerce, Energy, and Defense, as well as the Small Business Administration, will unveil their own federal efforts to support technology and information exchange within supply chains.

Even while Obama continues to support manufacturing with his plans for the 2016 budget, he faces an uphill climb with a Republican-controlled Congress. In contrast to his efforts and investment to support the sector, the House Republican Budget, for instance, proposes to end funding for the MEP, a move that would affect 30,000 small manufacturers in the program.