Motors Are As Important As Batteries In The World Of EVs 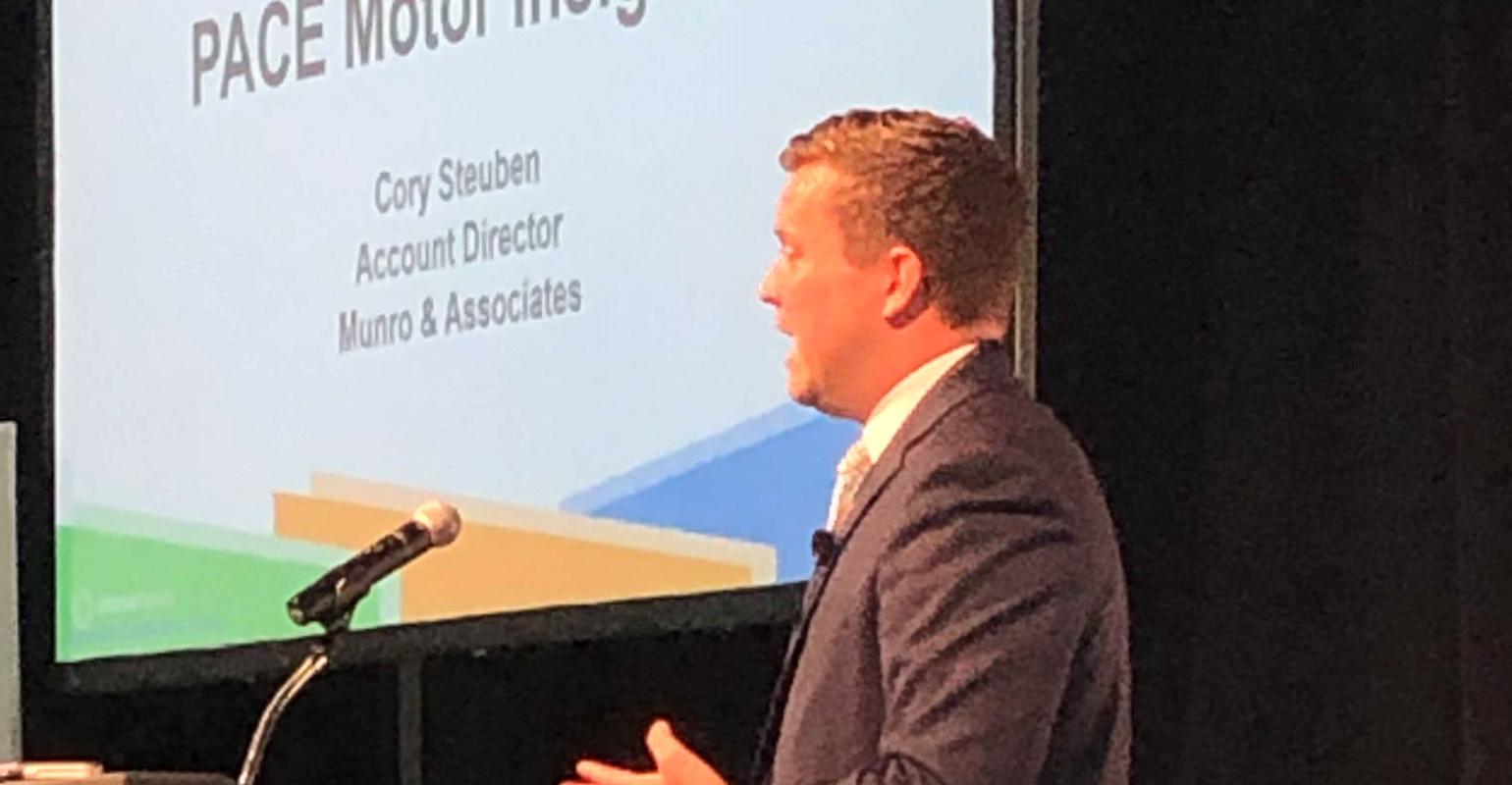 The Battery Show attendees learned a great deal about the differences between the Tesla Model 3 and Jaguar I-PACE motor designs.

As electric vehicles (EVs) are becoming more popular, most attention has been focused on the different designs of the lithium ion battery packs that store the electrical energy used to power the vehicle. But there is more to an EV than a big battery and the electric traction motor, or motors, are actually what provide the driving force that turns the wheels.

At  The Battery Show and Electric & Hybrid Vehicle Technology Expo 2019, in Novi, Michigan, Cory Steuben, account director at Munro & Associates presented a talk titled “Tesla Model 3 vs. Jaguar I-PACE Motor Insights.” Munro has dissembled almost 400 of the presently available EVs and the evolution of these electric machines and the variety of different engineering designs has been at least as important as the improvements in EV performance that have come from progress on the lithium ion battery front.

“Some of the initial electric motors we saw, back around 2010, were using ferrite magnets, but we have seen a transition to rare earth magnets in IPM (interior permanent magnet) motors,” Steuben told Design News. “Tesla initially launched their Model S and X with induction motors that did not have the expensive rare earth magnets inside of the rotors themselves. We’ve seen with the Tesla Model 3 transition to using an IPM motor in the rear as well as an induction motor in the front, Steuben said. In general, IPM motors are considered to use electrical energy more efficiently, while induction motors can provide greater performance.

Steuben’s talk at The Battery Show compared and contrasted the motor and drivetrain technology between the Jaguar and Tesla EV models. “What we see Tesla doing, versus some of the other competitors is a high level of integration,” Steuben told us. “Jaguar has an ultra-complicated thermo-electric system, with disassociated modules throughout the car—they have multiple TXVs (thermal expansion valves) throughout the car. Tesla only has two TXVs,” he said. Munro has shown that additional weight and cost can come from having dissociated major power electronic components of an EV, largely because of the extra wiring and hoses that are required. “A high level of integration with Tesla allows them to be more efficient from a weight perspective and more efficient from a cost perspective,” Steuben told us. “The Jaguar I-Pace seems to be a step behind,” Steuben noted in his presentation.

“When it comes to motors, we see many different attempts across many manufacturers—particularly with the geometry of how they put the magnets into their internal permanent magnet motors. When you look at the ideal shape is actually very expensive to manufacture—it would be three or four sets of parabolic magnets. There is no common orientation. With the Jaguar, we see three stacked magnets, all neodymium-ferrite-born magnets which is similar to others in the magnet material. Tesla does a simple single V. We have seen six or seven variations in various forms.”

“When it comes to paradigm shifts, Tesla pushed all serviceable fuses out of their vehicle and they pushed out the traditional park pawl—the electrically activated park pawl we have seen on every hybrid and EV on the market,” said Steuben. A park pawl is a metal hook that engages with a toothed gear to hold the vehicle stationary when it is parked—the Tesla eliminated the device and counts on the vehicle brakes when parked. “The cost of the park pawl is $30-55 when you take into account the manufacturing cost of the powder metal pieces, the springs, the returns, the electrically or hydraulically-actuated park pawl mechanism. That doesn’t exist in the Tesla Model 3…”

Steuben notes that the Tesla Model 3 also differs significantly from the Model S and Model X, which were designed for maximum performance. “The Tesla Model 3 brought the drivetrain to a different place where they could make money and it’s much further ahead than most other manufacturers.”