Researchers have discovered that the structure of an insulin molecule produced by cone snails holds clues to providing faster-acting therapeutic insulin for diabetic patients.

Research at the University of Utah led by biologist Helena Safavi has been studying predatory cone snails—specifically the Conus geographus—for several years. She and her team discovered insulins in the venom of the snails—which is potentially fatal to humans—in 2013.

Their most recent work is focused on how the venom—which is designed to act quickly to paralyze and kill the snails’ prey—could be used to speed up how quickly therapeutic insulin becomes active.

The treatment for diabetes—which is a dysfunction in the body’s normal production of insulin—is synthetic insulin, which patients typically inject. For injected synthetic insulin to work, it must de-aggregate into individual molecules, a process that can take up to an hour, researchers said. Even the fastest-acting insulin on the market, called Humalog, still takes 15-30 minutes to become active. 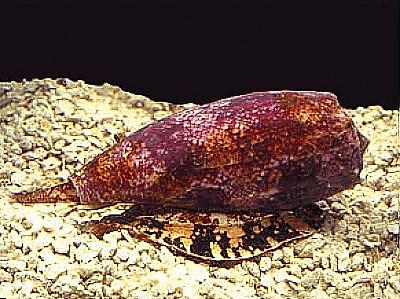 University of Utah researchers have discovered that the structure of an insulin molecule produced by cone snails could provide a solution to develop faster-acting insulin for diabetic patients.
(Source: Wikipedia Commons)

The ideal scenario for fastest-acting insulin, then, would be to take the region off of the B chain, Safavi said. However, this would eliminate insulin activity, she said.

The importance of the insulin produced by Conus geographus is that it lacks the segment of the B region that causes aggregation. Lab tests conducted by Safavi and the team showed that although the snail insulin was not as effective as human insulin, it still was effective and could start working in as little as five minutes.

Safavi used a methodology called proteogenomics--which combines transcriptome sequencing and mass spectrometry on the venom and venom gland—to examine the cone snails. “This ultimately led to the discovery of the venom insulins,” she said.

Because the venom of the snails is toxic to humans, the team uses extreme caution when collecting, dissecting, and working with them, using forceps to handle the snails. However, most of their work is not done with the actual venom of the snails, but with a chemically synthesized version of the venom compounds discovered that are crucial to their work, Safavi said.

Researchers will use their work to see how they might modify human insulin so it will lose the need for self-aggregation but maintain its potency. “We will use the information from the structure to point towards regions of the molecule that could be incorporated into monomeric human insulin analogs that are currently inactive,” Safavi said.

Researchers envision that with further research, a snail-like version of human insulin can be released by an artificial pancreas—which was recently approved by the FDA—to act within five minutes to treat diabetic patients, she said.

To reach this goal, Safavi and her team continue to work on improving the activity of the snail insulin against the human insulin receptor and apply their findings to the design of better human insulin analogs, she said.