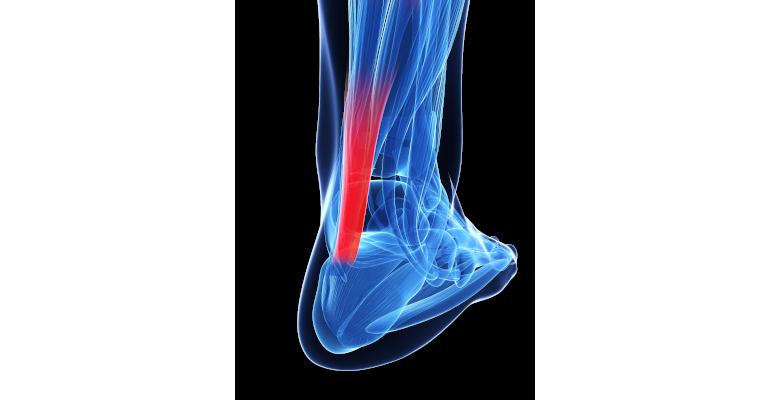 Tendon injuries are notoriously difficult to repair and can be incredibly painful during the healing process. But new research that investigates the use of a novel silk-based composite material can help provide an improved regeneration strategy to help patients with these injuries heal faster, researchers said.

These, combined with the regenerative qualities of the gel, create a novel composite material  to help tendons grow back after they’ve been ruptured, observed HanJun Kim, TIBI’s team leader on the project.

“The synergistic effects of GelMA’s capacity for supporting regenerative tissue formation and the structural advantages of silk fibroin make our composite material well suited for tendon repair,” he said in a press statement.

Tendons are bands of fibrous connective tissue that attach muscles to bones that present a unique structure because of their interface between soft tissue and stiff bones, researchers noted. When this structure is disrupted by injury, the connective tissue changes from a linear to a kinked formation, which can cause excess scarring that affects the tendon’s mechanical capabilities.

The body’s natural healing process uses tendons and other cells to reconstruct the tendon’s original matrix of aligned connective tissue fibers, researchers said. However, this can take weeks or months and doesn’t always result in optimal healing, which is why scientists use other options.

Another treatment approach is to use mesenchymal stem cells (MSCs), or specialized cells that play a pivotal role in tissue regeneration at the wound site, they said. However, treatment methods using systemic infusion, direct injection, or genetic modification of MSCs present their own complexities, researchers said. They include, respectively, the lack of specific targeting to the injury site, the need for prohibitively high cell numbers, and other inefficiencies, researchers said.

The TIBI team’s approach was to first prepare mixtures with varying ratios of silk fibroin and GelMA (SG) and then fabricate them into thin nanofiber sheets. They then tested the sheets to find an optimal formulation of mechanical properties, observing that the silk fibroin lent an increased porosity to the material that can enhance tendon repair, they said. Researchers then seeded the optimized SG sheets with MSCs, subjecting them to various tests to measure MSC compatibility and differentiation, growth factor production, and genetic activity triggering matrix formation.

Overall, the results were positive, with the MSCs on the sheets showing an increase in cell viability and proliferation over just using silk-fibroin sheets without the gel, researchers said. Genetic analysis also showed that relevant gene activity in SG MSCs increased significantly in contrast to those on SF sheets, which was decreased.

“Tissue remodeling for tendon repair is especially difficult to achieve,” observed Ali Khademhosseini, TIBI’s Director and CEO, in a press statement. He noted that the work of the team to use the composite silk protein material in tissue frameworks “significantly advances that achievement.”

Researchers published a paper on their work in the journal Nano Micro Small. In it, they reported the results of further testing on the MSCs on the SG sheets to measure their viability for tendon regeneration.