HP has launched its long-heralded Multi Jet Fusion 3D printing technology for commercial-scale end-production, plus an ecosystem to go with it. The package could change the entire industrial market for making end-products with additive manufacturing. At the very least, it will be game-changing.

At the RAPID show today in Orlando, Fla., HP Inc. launched its long-heralded Multi Jet Fusion (MJF) 3D-printing technology for commercial-scale end-production, plus an ecosystem to go with it. The package could change the entire industrial market for making end-products with additive manufacturing (AM). At the very least, it will be game-changing.

Here's why. HP claims -- and analysts who've observed and measured the technology agree -- it really is at least 10 times the speed of laser sintering, and even faster than other 3D printing methods. Some very big names in several industries are already using these machines in end-production. The new printers will be very competitively priced given their 10x production speed and voxel-level control that makes incredible precision attainable for many different characteristics. These systems will also be the first to conform to the 3MF file format developed by HP, Microsoft, and Autodesk. Finally, HP will develop an open materials market for MJF and certify materials from major manufacturers. 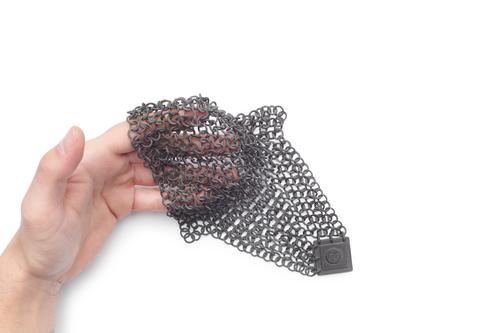 From the beginning, HP has worked with major partners that helped develop the overall ecosystem and the product, and gave detailed feedback about what they needed from the technology, said Alex Monino, worldwide marketing and go to market director for HP 3D Printers, in a briefing last week. Each a leader in their respective industries, these heavyweights are BMW, Jabil, Johnson & Johnson, Siemens, Proto Labs, Autodesk/NETFABB, Materialise, Shapeways, and Nike.

HP believes 3D printing will make possible the next industrial revolution, said Monino. Previous stages were the first industrial revolution, and then the Internet revolution, which was made possible by CAD and just-in-time machine production. The next one will be the democratization of design and ubiquitous production. As the company has said all along, this will require an ecosystem of innovation partners and an open approach to developing its 3D printing technology. 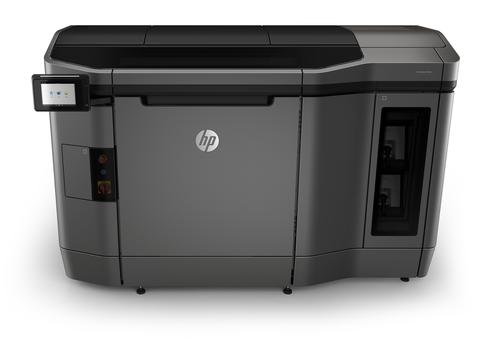 In what HP calls the analog-to-digital transformation, there are two ways to move a part from subtractive to additive manufacturing. You can make things that are completely unique, personalized, and with very high value. This means unique geometries that can only be manufactured using AM, and personalized products created on a massive scale, also called mass customization. Medical implants and dental aids come to mind.

But those are very specialized applications, said Monino. To enable the next industrial revolution, additive technology must have good economics to lower the barriers to adoption. "The break-even point for short and mid runs is what's needed for us to drive the mass market head to head against the brute economics of analog," he said. "There must be no tradeoffs."

In fact, MJF additive technology has several advantages: it's faster, there's no setup time, no setup cost, and less waste. It's also scalable: it can be efficient at up to 100,000 parts. Depending on part design, printing a part in MJF might be more economical than making it via conventional subtractive manufacturing. This helps smaller companies move into additive since they can scale production slowly with less risk.

"In digital, every part can be different," said Monino. "You can change the whole supply chain on demand. Instead of producing a product centrally and distributing them, you can produce it when and where you need it." HP is targeting short-run production and manufacturing applications for enterprise and service providers because that's where the majority of the market is projected to go.