Home>Industry>Medical
Recent
Industry
3 Days of Space Tech and Smart Robots at Virtual Engineering Days
May 18, 2021
Advances in Catheter Manufacturing
May 18, 2021
The 2021 State of Manufacturing Report: Swift Moves to a Digital Future
May 18, 2021
NVIDIA Omniverse Brings BMW a 30 Percent Boost in Production Planning Efficiency
May 18, 2021
How Artificial Plants Are a Sunlight-Powered Hydrogen Fuel Cell Game Changer
May 17, 2021
Why is Clock Jitter a Big Deal as PCIe 5 Gen Moves Into the Modern Data Center?
May 17, 2021
Individually, These Robots Are Dumb. But When They Work Together? Awesome!
May 17, 2021
Want a Job? Here Are 21 Hot Engineering Gigs for 2021
May 17, 2021 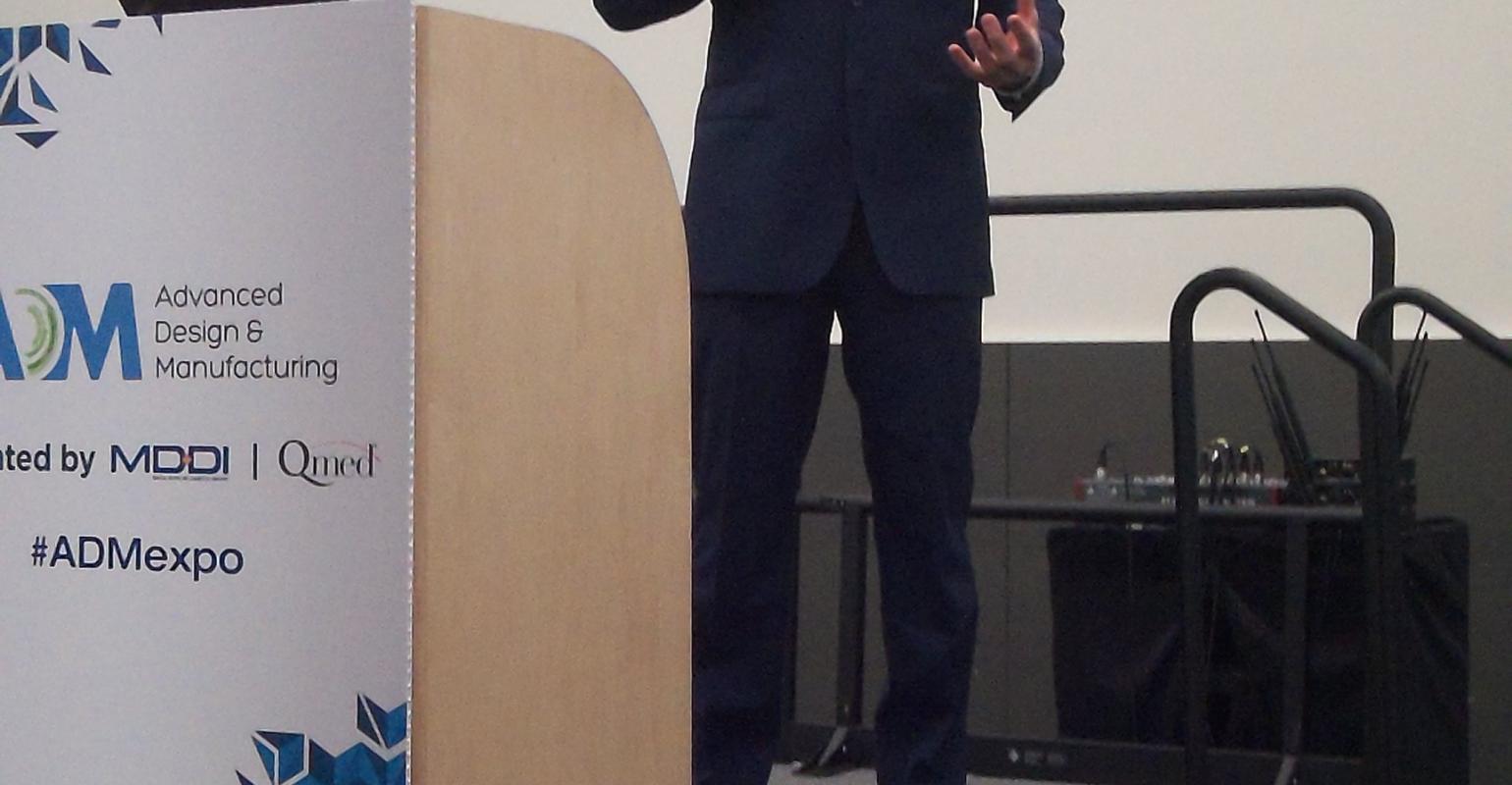 Intuitive products will be the key to success in the “wearables” market, especially if manufacturers want to persuade an aging population to use advanced health care devices, an expert told attendees at the recent Advanced Design & Manufacturing conference in Cleveland.

Mike Maczuzak, CEO and founder of SmartShape Design (photo, below), said that wearables will need to be more approachable in the future because older users are less familiar with the world of apps and mobile technology. “The challenge is that the people who need remote health care the most are the least able to participate it in,” Maczuzak said. “So the key to success will be making it as intuitive and seamless an experience as possible.”

Maczuzak, who will speak again at the upcoming BIOMEDevice in Boston, cited statistics showing that only 20% of the over-65 population has smart phones, and only 15% of that small group has ever downloaded a software app. He added that most of those senior users don’t understand what it means to “sync to the cloud.”

Still, some companies that make wearable consumer devices are pivoting toward the clinical health market by developing products to monitor maladies such as diabetes and cardiovascular disease, he said. Product manufacturers going in that direction will need to know how to create devices that are usable for older consumers, he said.

Maczuzak recommended that product developers assign “user experience designers” to their projects to ensure that older users won’t be confounded by the new breed of wearable health products. “You need to focus on the user’s needs and make your products really intuitive,” he told Design News. “It’s not only about designing what you think will be intuitive, it’s about confirming it by testing with users.”

A common problem today is that many product developers are in their 20’s and 30’s, and have been using smartphones and mobile apps for most of their adult lives, Maczuzak said. Based on their own experiences, the devices they design are easy to understand, he added.

“These devices are intuitive to the young people who’ve never seen a world without apps,” Maczuzak said. “And they’re the ones designing the new apps and products. They’re building on the foundational knowledge that they  have, but the elderly population doesn’t have that knowledge.”

Maczuzak, who has worked as an industrial designer for 30 years, reinforced his belief in “user experience design” by recounting his own 3,000-plus-mile cross-country walk, from Coney Island in New York to Santa Monica Beach in California. During the 2016 journey, he tested a thermometer patch that communicates with a smartphone. He also wore a heart rate monitor, solar panel charger, external battery, and multiple step counters, while carrying a Galaxy Note 4 smartphone and LG hands-free talking headset.

Maczuzak said the 3,000-mile trek gave him time to consider the real value of the data he was gathering. During his talk, he cited the fact that studies have shown consumer wearables have an average “abandonment rate” of more than 30%. He believes that the abandonment rate would drop if users were able to place the data from the devices in a larger, more useful context. “As amazing and useful as it is to monitor all this data from all these sensors, the real value will come when we’re able to cross-correlate all the data and get meaningful information,” he said. “That way, I could see how my step count correlates to my heart rate, cholesterol level or blood pressure.”

He added that the value would be even greater if the data could be correlated, not only between multiple sensors on one person’s body, but against the data from millions or even billions of other users.

Such data correlation will make the need for intuitive interfaces even greater, Maczuzak said. “The design engineer will create the dashboard or interface that people will use to access those correlations,” he said. “And we’re going to need people who are focused on the user to take all those powerful analytics and make them presentable, meaningful and intuitive.”

See Mike Maczuzak present Journey Into the Future: The Road Ahead for Medtech Wearables at the New England’s largest medtech event, BIOMEDevice Boston. The event, partnered with the Embedded Systems Conference, will allow you to connect face-to-face with over 400 top-tier design and manufacturing suppliers on May 3-4. Register today.
0 comments
Hide comments
Related

Advances in Catheter Manufacturing
May 18, 2021