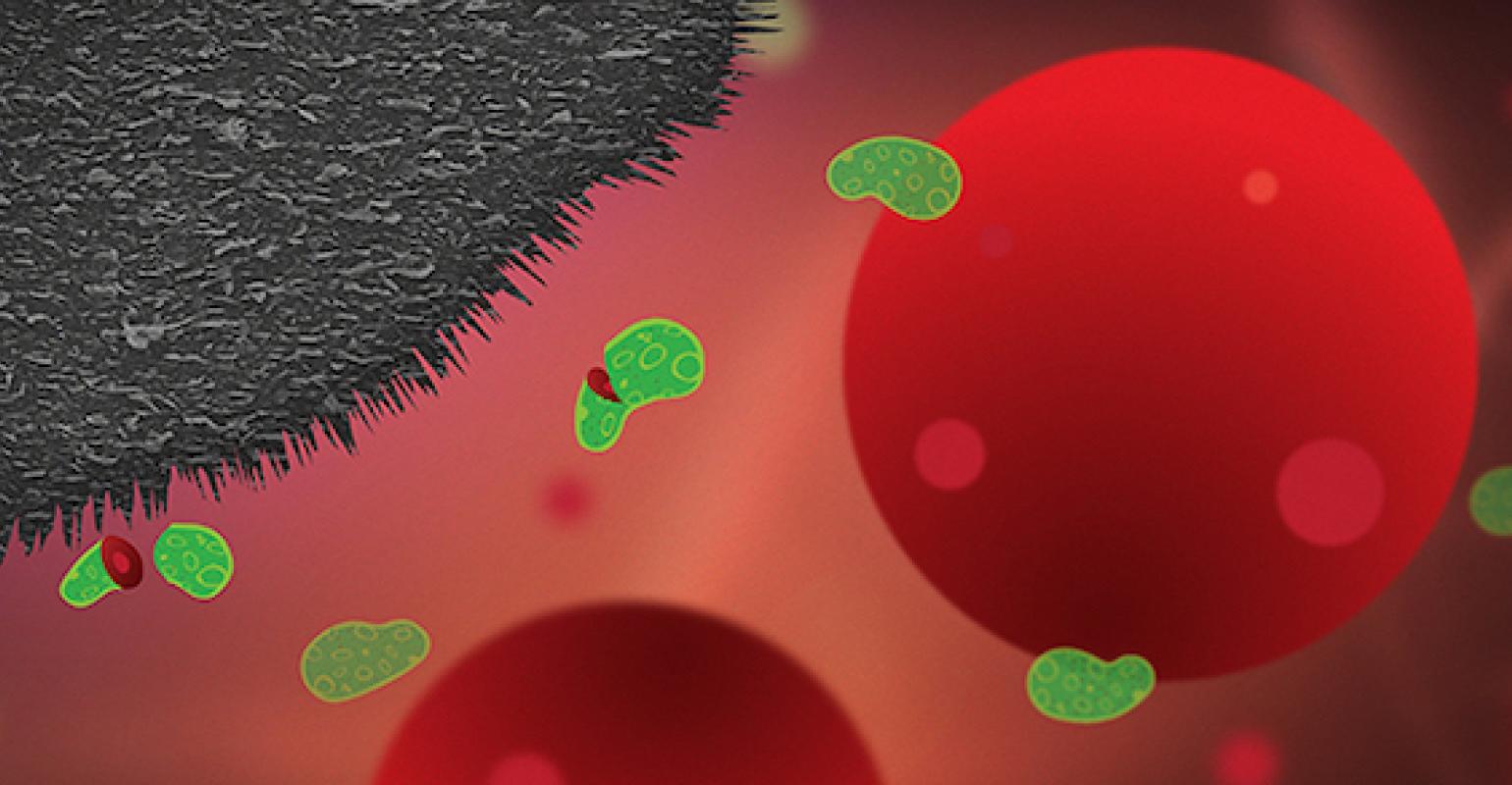 The graphite nanoplatelets on the surface of the polyethylene slash and kill the bacteria without damaging healthy human cells, according to researchers at Chalmers University of Technology in Sweden.

Plastic surfaces embedded with graphite nanoplatelets reportedly can prevent hospital-acquired infections (HAIs), killing 99.99% of bacteria that try to attach, according to research from Chalmers University of Technology in Sweden.

​At any given time, 7% of hospital patients in developed countries and 10% in developing economies will contract at least one HAI, according to the World Health Organization. In Europe, more than four million people are infected annually, according to the European Centre for Disease Prevention and Control. Many of these are bacterial infections that develop around medical devices and implants within the body, such as catheters, hip and knee prostheses or dental implants. In some cases, the implants need to be removed.

It is also worth noting that bacterial infections are treated with antibiotics, which accelerates the development of antibiotic resistance.

“The purpose of our research is to develop antibacterial surfaces which can reduce the number of infections and subsequent need for antibiotics, and to which bacteria cannot develop resistance,” said Santosh Pandit, postdoctoral researcher in the research group of Professor Ivan Mijakovic at the Division of Systems Biology, Department of Biology and Biotechnology, Chalmers University of Technology. “We have now shown that tailored surfaces formed of a mixture of polyethylene and graphite nanoplatelets can kill 99.99% of bacteria that try to attach to the surface.”

Previous studies from the Chalmers researchers showed how vertical flakes of graphene, placed on the surface of an implant, could form a protective coating, making it impossible for bacteria to attach, like spikes on buildings designed to prevent birds from nesting. The graphene flakes damage the cell membrane, killing the bacteria. Producing the graphene flakes is expensive, however, and currently is not feasible for large-scale production. The researchers have achieved the same effect using relatively inexpensive graphite nanoplatelets, mixed with a very versatile polymer.

“The polymer is not inherently compatible with the graphite nanoplatelets,” said Roland Kádár, Associate Professor at the Department of Industrial and Materials Science at Chalmers. “But with standard plastic manufacturing techniques, we succeeded in tailoring the microstructure of the material, with rather high filler loadings, to achieve the desired effect. And now it has great potential for a number of biomedical applications,” said Kádár.

The nanoplatelets on the surface of the implants prevent bacterial infection without damaging healthy human cells. Human cells are around 25 times larger than bacteria, so while the graphite nanoplatelets slash and kill bacteria, they barely scratch a human cell.

The study was a collaboration between the Division of Systems and Synthetic Biology at the Department of Biology and Biological Engineering, and the Division of Engineering Materials at the Department of Industrial and Materials Science at Chalmers, and medical device company Wellspect Healthcare. The antibacterial surfaces were developed by Karolina Gaska when she was a postdoctoral researcher in the group of Associate Professor Roland Kádár.

The research has been published in the scientific journal Small.