HomeIndustryMedicalFDA Clears 23andMe Direct-to-Consumer Genetic Test
Recent
Industry
Argo AI Expands to Austin and Miami in Search of More Challenges
May 18, 2022
12 Ideas that Could Change the World
May 18, 2022
Making the AC Power Main Intelligent
May 18, 2022
How to Make Sure Your Digital Transformation Doesn’t Fail
May 18, 2022
POLL
The Internet's Grooviest Slideshow of Legendary International Scouts
May 17, 2022
Electronics Industry Bolsters Root of Trust Security Efforts
May 17, 2022
3 Tips for Embedded Software Configuration Management
May 17, 2022
Novel 3D Printing Method Used to Replenish Coral Reefs
May 16, 2022 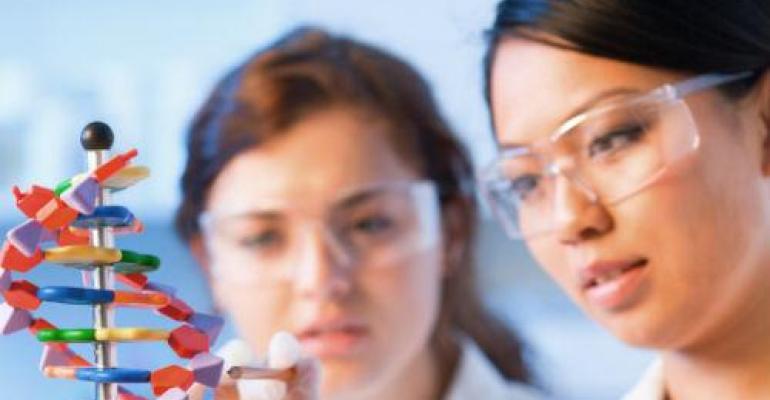 After a year-long back and forth with the FDA, home genomics company 23andMe has finally gotten clearance to continue marketing its direct-to-consumer genetics tests -- specifically one for Bloom Syndrome, a rare genetic disorder associated with increased cancer risk.

"The FDA believes that in many circumstances it is not necessary for consumers to go through a licensed practitioner to have direct access to their personal genetic information," Dr. Alberto Gutierrez, director of the Office of In Vitro Diagnostics and Radiological Health in the FDA's Center for Devices and Radiological Health, said in a statement on behalf of the agency. "These tests have the potential to provide people with information about possible mutations in their genes that could be passed on to their children."

In the same announcement, the FDA has also declared it will be classifying carrier screening tests as class II medical devices and will be exempting them from FDA premarket review -- allowing such products to reach the consumer market faster. "The agency plans to issue a notice that announces the intent to exempt these tests and that provides a 30-day period for public comment. This action creates the least burdensome regulatory path for autosomal recessive carrier screening tests with similar uses to enter the market," the FDA statement said.

The approval came after 23andMe conducted studies successfully demonstrating their tests efficacy in detecting Bloom Syndrome. Overall this is a good sign that points to the possibility of more broad and general home genetic testing to be available someday as well.

Founded in 2006, 23andMe (named after the 23 chromosomal pairs that make up a human cell) caught national headlines with its home genomics tests. For $99 one saliva swab of your mouth mailed to the company would return you a plethora results on your genetic history, including your ancestry and predisposition to certain genetic disorders. Anne Wojcicki, founder and CEO of 23andMe, is fond of sharing stories of 23andMe customers who were able to gain valuable insights into their own and their family's medical history using the home tests, in some cases even discovering life threatening conditions.

But in November 2013 the FDA sent 23andMe a warning letter demanding it pull its Person Genomics Service (PGS) kits from the market. While 23andMe marketed its tests almost as a novelty, the FDA insisted the tests served a diagnostic purpose and should therefore be subject to the same regulations as any medical device.

The agency's biggest concern was that consumers were using the 23andMe tests as a diagnostic tool and could be electing to ignore medical treatment or undergo unnecessary treatments because of their test results. As the letter read:

"The risk of serious injury or death is known to be high when patients are either non-compliant or not properly dosed; combined with the risk that a direct-to-consumer test result may be used by a patient to self-manage, serious concerns are raised if test results are not adequately understood by patients or if incorrect test results are reported."

For its part the FDA said it will not limit who should or shouldn't use the tests but it is requiring 23andMe to provide product labeling that clearly explains what the results might mean. The FDA will also require 23andMe to provide consumers with information on how to reach a board-certified clinical molecular geneticist or equivalent to assist in pre- and post-test counseling for its over-the-counter tests.