Breaking New Ground in the Treatment & Prevention of Disease

The development of nanotechnology for the treatment and prevention of disease has evolved in leaps and bounds in recent years, with breakthroughs in treating cancer, heart disease, and superbugs among some of the forefront of research.

Nanotechnology by definition is science, engineering, and technology conducted at the nanoscale, which is about 1 to 100 nanometers -- or 100,000 times smaller than the width of a hair. To imagine technology on this scale can be mind-boggling for the average person -- and it was, apparently, even for scientists up until the late 1980s, when nanotechnology research really took off.

Since then scientists have found myriad applications for the technology in various fields -- including engineering, materials design, and medicine, the last of which has emerged as an extremely promising field for unprecedented improvements in how patients are treated. 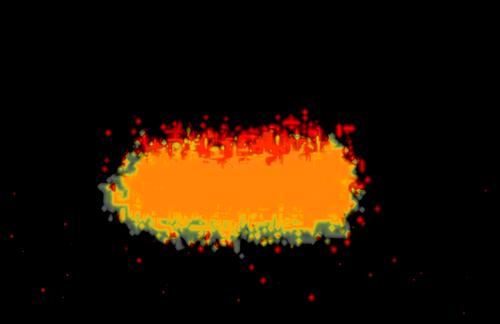 For methods of disease prevention and treatment, technology at this scale becomes desirable particularly for treatments that can be transmitted somehow -- whether injected, ingested, or using another method -- directly into the human body without causing harm to a patient or healthy tissue and organs.

In that realm, new methods to treat cancer by sending treatment via nanotechnology directly to tumors and affected areas without harming surrounding tissue are emerging. One such development is from a team of investigators at Houston Methodist Research Institute, which has developed an injectable nanoparticle generator (iNPG) for treating a severe form of breast cancer that has proven successful in mice.

Metastatic triple negative breast cancer metastasizes to the lungs and liver, tumors which at this time have no cure. The tumors are difficult to treat because chemotherapy drugs doctors currently use are harmful to healthy tissue and sometimes don’t even reach the affected area, said Haifa Shen, a doctor and senior member of the department of nanomedicine at Houston Methodist.

“Late-stage patients with this subtype have the worst outcome, as they are usually treated with the highly toxic but not so effective chemotherapy drugs,” he explained. “The main reason for the low efficacy and high toxicity is that most chemotherapy drugs go to the normal tissues rather than the tumors. There are multiple biological barriers that block effective drug entry into the tumor tissues."

In contrast, Shen and his team packaged drug molecules into the iNPG particles that are designed to go preferentially, and thus more directly, to the tumor tissue. “We can achieve much better therapeutic outcome with a smaller amount of drug molecules,” he said.

The Houston Methodist team tested the treatment on mice, with positive results that could be transferred to human patients. "About 50% of the patients can even achieve long-term survival, a result that would be unthinkable with the current clinical drugs,” Shen said. The iNPG also can be applied to numerous other types of cancer as well as is applicable for the development of other cancer drugs, he added.