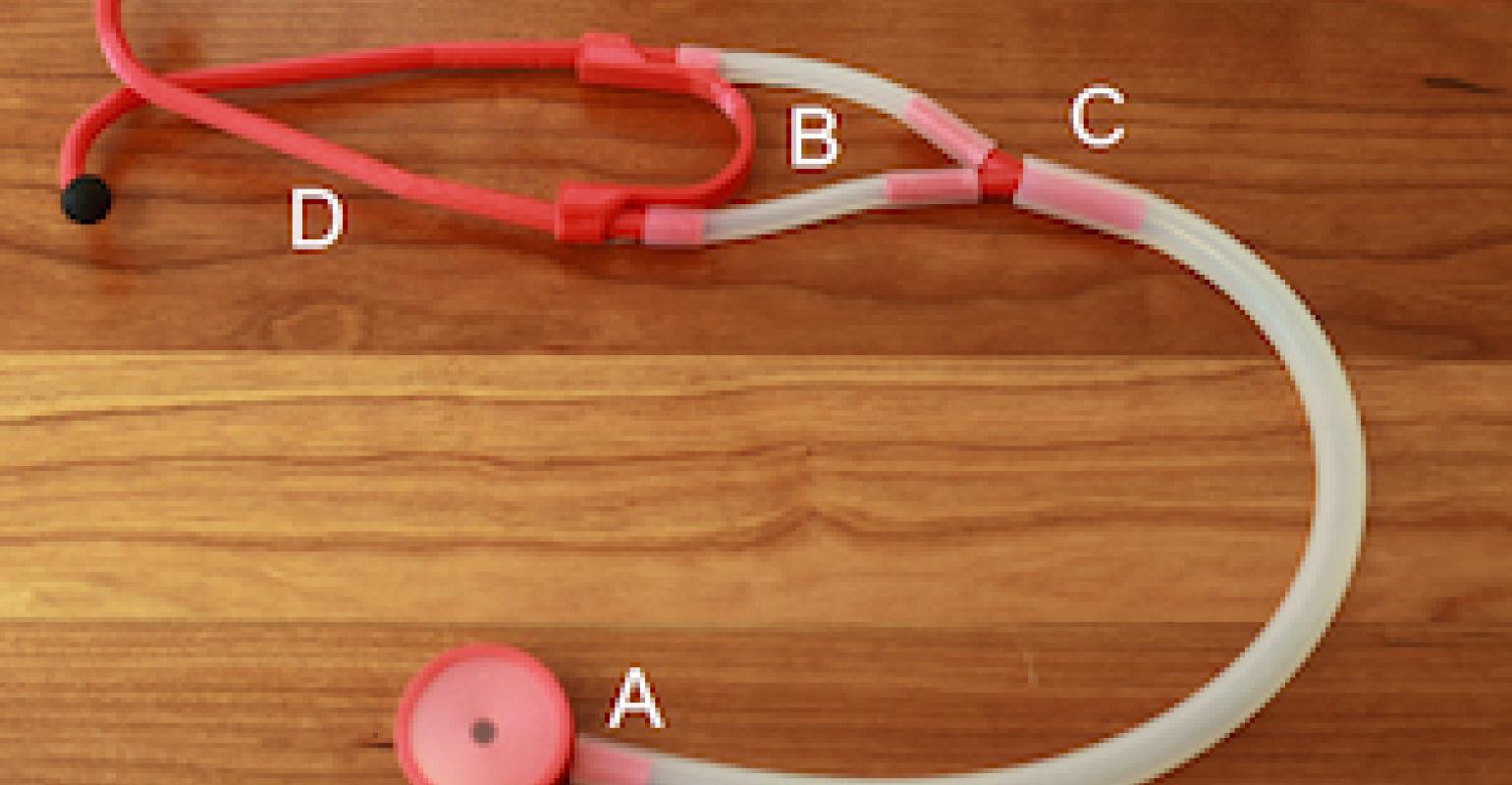 The scarcity of medical supplies in poor parts of the world led a doctor to develop a low-cost, plastic stethoscope for clinical use. To his knowledge, it is the first open-source medical device that has been clinically validated.

An emergency room physician who has worked in some of the poorest parts of the world has developed a plastic, 3D-printed stethoscope that performs on a par with conventional devices. It costs less than $3 to make, and can be produced by anyone with access to a 3D printer and ABS polymer. Traditional brand-name stethoscopes run between $150 and $190.

Dr. Tarek Loubani was practicing in a hospital in Gaza, where he had to share his stethoscope with 10 other doctors who were trying to treat more than 100 patients, reports Western News of Western University in London, ON, Canada. “We weren’t just low on medical supplies, but even the basics, like stethoscopes, were totally missing,” Loubani told reporter Crystal Mackay. Loubani is an associate professor at Western’s Schulich School of Medicine & Dentistry, associate scientist at Lawson Health Research Institute and an emergency room physician at London Health Sciences Centre. It was while playing with a toy stethoscope that performed surprisingly well that he hit upon an idea. 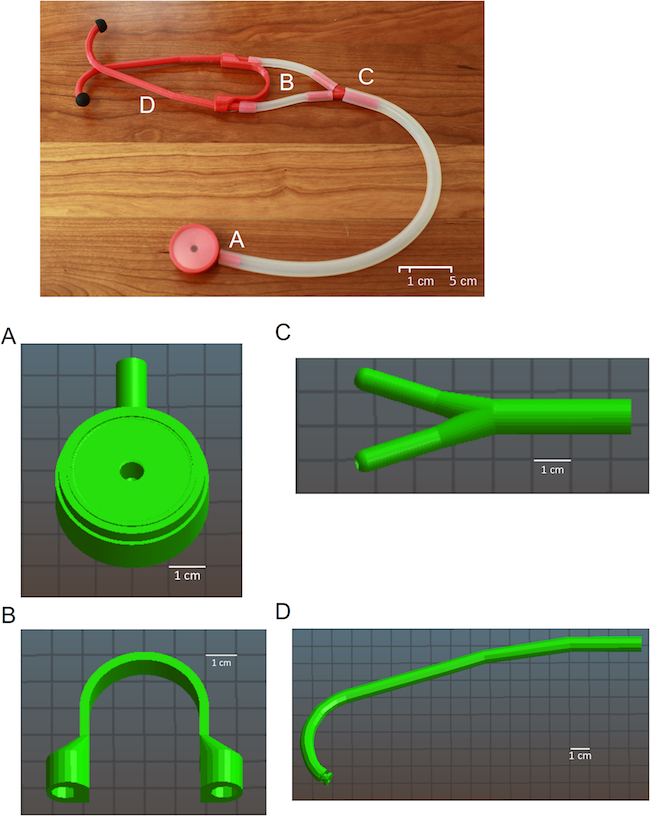 In a paper published in the open-access scientific journal PLOS, Loubani and his co-authors describe the “construction and validation of a low-cost, free/open access 3D-printed acoustic stethoscope,” referred to as the Glia model. While other examples of 3D-printed stethoscopes can be found on-line, the researchers are not aware of any that have been used clinically or validated.

No standard method of determining the acoustic response of stethoscopes currently exists, note the authors, so they used a simple “phantom based method” to compare the performance of the Glia model with a conventional stethoscope, in this case the Littmann Cardiology III. “At all frequencies tested, the Glia model performed similarly to the Cardiology III,” they write. The test method was purposefully kept simple, they add, to allow other users to validate the design independently. The method is described in the paper.

A non-profit company was incorporated in Canada to manufacture the stethoscope, which is currently in clinical use at the London Health Sciences Center. It has also been trialed and was gradually introduced in the Gaza strip, where hospitals are self-sufficient producers of the device.

“This work aimed to produce a stethoscope of comparable quality to those premium-brand devices unobtainable due to economic, political or military factors,” write the authors. “This work is significant in both developed and low- and middle-income countries as it introduces two cost-saving innovations: The use of plastic and 3D printing to create a product equal to metal alternatives and the dissemination of plans and bills of material through a free and open source license.”

Loubani and his colleagues plan to continue developing other low-cost, validated medical devices through an open-source process.

All print designs for the Glia stethoscope can be downloaded for free at https://github.com/GliaX.