What’s Ahead for the Plastics Industry in 2022 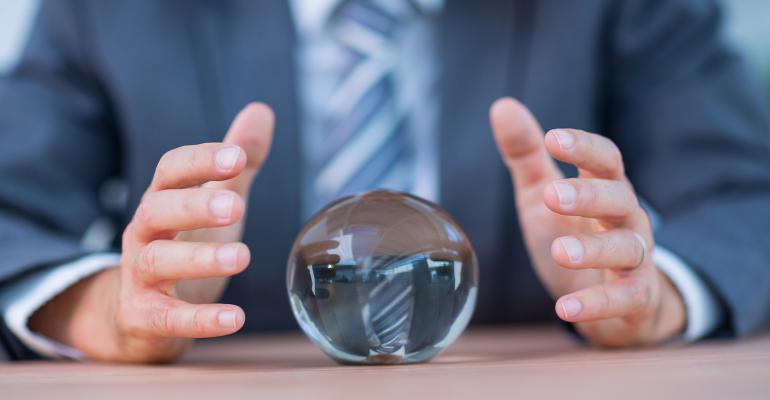 Growth rate will flatten compared with the robust results of 2021, according to some analysts. Others predict, however, that positive Q4 momentum will carry over into a solid start for 2022.

While some US plastics manufacturers are optimistic about continued reshoring, the global industry picture understandably remains a moving target given regional tensions, potential responses to the Omicron variant, and other factors.

With year-to-date data ending in September showing a $1.4 billion US plastics industry trade deficit, “it is likely that the US will have another year of a trade deficit in plastics, albeit less than last year,” wrote Perc Pineda, Chief Economist for the Plastics Industry Association (PLASTICS), in a Dec. 15 press release.

While full-year industry performance figures for 2021 are due in January, Pineda noted in a Dec. 10 interview with PlasticsToday that forecasts based on third-quarter reporting indicate:

Robust growth against the odds

“We really had robust growth in 2021 despite the odds,” Pineda said, “but as the economy reverts to its long-run growth rate, so will the plastic industry’s production.”

In terms of securing more control of and visibility into supply chains, evidence of increased merger and acquisition activity to that end remains anecdotal at present, he added.

As for accelerating Industry 4.0 in the face of worker shortages, the movement of auxiliary machinery “tells you (manufacturers) are looking for ways to increase automation and factory efficiency." The labor shortage is likely to spill over into the adoption of artificial intelligence (AI) in plastics production, potentially hindering its uptake as manufacturers struggle to implement connectivity and data solutions.

Ultimately, said Pineda, the trend is toward lower growth next year compared to this year. Much like the US economy on the macro scale, plastics is a mature industry facing hard-and-fast constraints on growth — namely, limited human capital.

“If you look at some of the statistics, our biggest workforce cohort in the next 10 years will probably be between the ages of 25 and 45. Were they really trained for the manufacturing of the future? I don’t think so. That skill set will still be missing for our industry.”

In the Dec. 15 release detailing Pineda’s conversation with economist Ingo Borchert, the UK’s position as a major US plastics trade partner and the broader post-pandemic trade outlook came under discussion. Borchert cautioned: “I would very much hope that we are about to emerge at the other end of the tunnel. Yet currently, the UK looks set to be heading straight into the fourth wave, much like many other European economies. Thus, it could be a little longer until we see a broad-based recovery taking hold.”

Borchert, senior lecturer in economics at the University of Sussex Business School and Deputy Director of the UK Trade Policy Observatory, also assessed the effects of Brexit on UK plastics exports to the EU. “In January 2021, UK exports of plastics and rubber products to the EU tanked by 44.3%, although these exports have since recovered somewhat and appear to be back to average 2017–2220 levels. At the same time, UK imports of plastics and rubber from the EU show a persistent negative impact of about -25% across all months. It is not implausible to think … that some of these imports may now be sourced from the US, instead.”

Meanwhile, Troy Nix, Executive Director of the Manufacturer’s Association for Plastics Processors, previewed preliminary fourth-quarter data from members ahead of MAPP’s annual State of the Industry report, due in January. During MAPP’s Dec. 7 annual meeting, Nix revealed that, with input from more than 100 organizations in hand:

Overall, Nix concluded, “sales volume has been very steady and solid for the duration of this year, and we’re seeing a little bit of uptick in the fourth quarter. If you’ve ever heard me talk about the state of the industry when I’m in the January-February timeframe, the concept of having momentum into the last quarter as we go into a new year is very important to me because I’ve lived through situations — including the Great Recession — where that momentum was not present, and the resulting year was very, very bad.” Likewise, quoting volume has been “very consistent over the last several quarters,” and moving into the fourth quarter, “it still looks like we are solid going into the new year.”