Watch the Energy of Rustling Clothes Charge Your Smart Phone 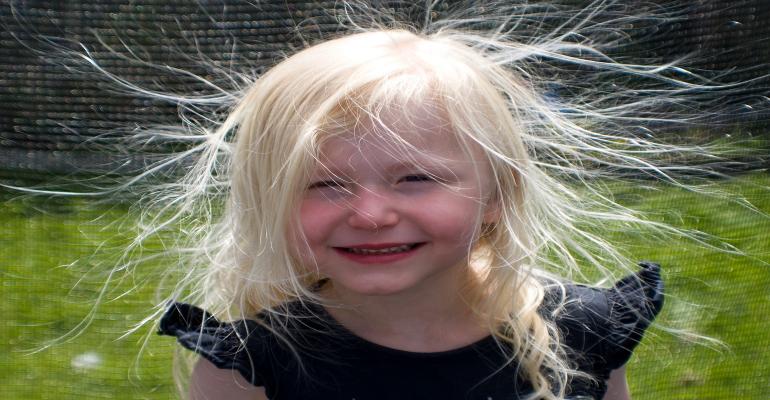 Imagine the rustling of your shirt when you move around generating enough energy to charge your mobile device or power health sensors in the clothes you’re wearing.  That’s the promise of nylon fibers developed by a collaboration between an international group of researchers.

Scientists from the University of Bath, the Max Planck Institute for Polymer Research (MPI-P) in Germany, and the University of Coimbra in Portugal have developed solution-processed piezoelectric nylon fibers that are smart enough to produce electricity from simple body movements. 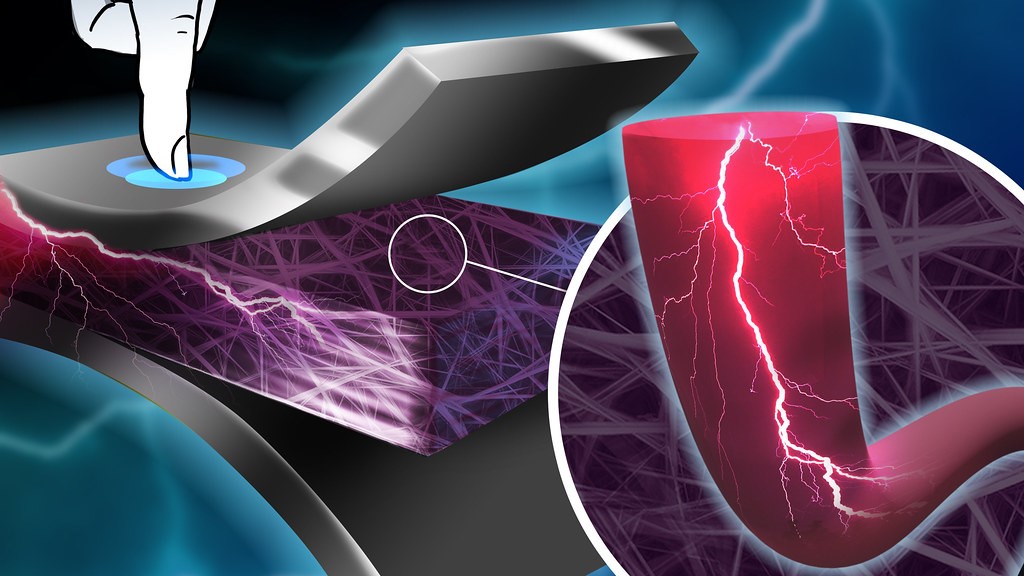 When woven into clothes, piezoelectric fibers will transform mechanical energy into electric energy every time a person moves.

The invention paves the way for smart clothing that can monitor health and vital signs through sensors as well as have the capability to charge devices without the need for an external power source.

“There’s a growing demand for smart, electronic textiles, but finding cheap and readily available fibers of electronic materials that are suitable for modern-day garments is a challenge for the textile industry,” Professor Kamal Asadi, former group leader at the MPI-P and now a professor in the Department of Physics at Bath, said in a statement.

He and his former PhD student Saleem Anwar pioneered the work to create piezoelectric nylon fibers that made the new invention possible. The team began the research at the Max Planck Institute for Polymer Research in Germany before Asadi moved to Bath in September.

While piezoelectric materials have already been used for myriad energy-harvesting devices that use mechanical vibrations such as body motion—paving the way for new sensors and wearables—they do have a drawback, Asadi said.

“Most of these materials are ceramic and contain lead, which is toxic and makes their integration in wearable electronics or clothes challenging,” he said.

Previously, scientists used nylon in its raw polymer and piezoelectric form—a white powder that can be blended with other materials—to work with this capability. The typical process for creating these crystals is to melt, rapidly cool, and then stretch the nylon, which creates thick piezoelectric slabs known as films that are suited to clothing.

Asadi and Anwar—the latter of whom is a textile engineer—tried a new tack to produce piezoelectric nylon thin films. They dissolved the nylon powder in an acid solvent rather than by melting it, the result of which was a finished film with solvent molecules that locked inside the materials.

This, however, prevented the formation of the piezoelectric phase of the material, which means the scientists needed to find a way to remove the acid to make the nylon suited to the purpose, Asadi said.

Going on a whim, the team discovered that by mixing the acid solution with the acetone—commonly used to remove nail polish or thin paint--they could dissolve the nylon and then extract the acid, leaving the nylon film in a piezoelectric phase, Asadi said.

“The acetone bonds very strongly to the acid molecules, so when the acetone is evaporated from nylon solution, it takes the acid with it,” he said in a press statement. “What you’re left with is nylon in its piezoelectric crystalline phase.”

The next step for the team is to turn the piezoelectric nylon fibers into yarns and then integrate them into fabrics, which paves the way for the design and development of electronic textiles that can integrate sensors in fabric and generate power while people are on the go, Asadi said.

The energy harvested from piezoelectric fibers can be stored in a battery that resides in a clothing pocket that can connect to a device to charge it either wirelessly or through a cable, he added.