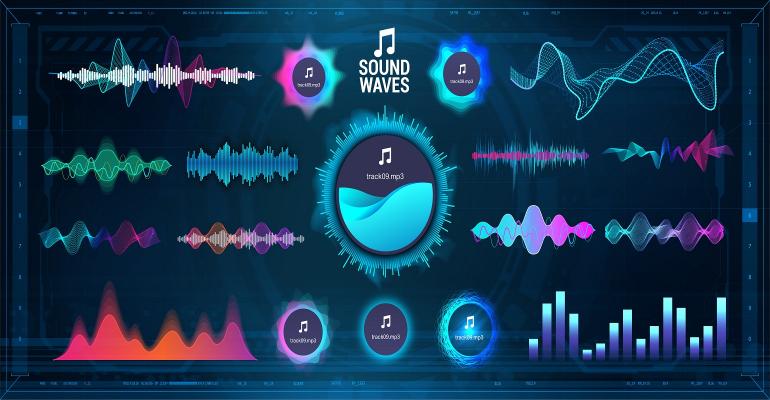 Researchers developed sonochemical-based microchips that can precisely manipulate fluids or materials for a range of next-generation applications.

Researchers in Australia have developed a novel way to use high-frequency sound waves in combination with chemistry to develop new smart materials, nanoparticles, and medical devices.

A team at RMIT University has discovered new effects of ultrasound waves on materials and cells. They used this research to generate high-frequency sound waves on a microchip to precisely manipulate fluids or materials for a variety of unprecedented applications. 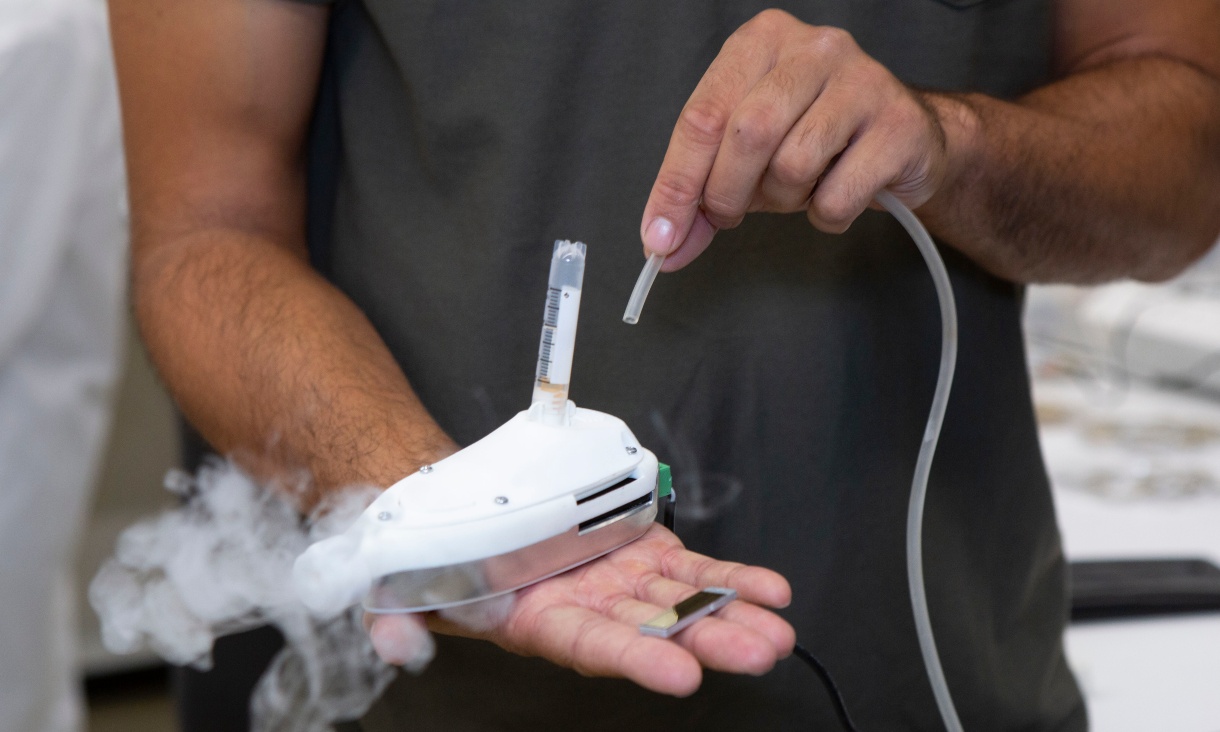 The patented ‘Respite’ nebulizer developed by researchers at RMIT University in Australia uses high-frequency sound waves to precisely deliver drugs to the lungs.

While ultrasound has been used for medical imaging since 1942 and in chemistry since the 1980s, scientists typically have used low frequencies of sound.

Related: Graphene Continues to Blow Our Minds with Its Interesting Physics

“When we couple high-frequency sound waves into fluids, materials, and cells, the effects are extraordinary,” Yeo said in a statement.

Turning the Frequency Up

Scientists have used ultrasound at low frequencies—about 10 kHz to 3MHz—in a field of chemistry called sonochemistry for some time. The implosion of air bubbles causes sonochemical reactions at this frequency, a process known as cavitation. The reaction provides a combination of massive pressures and extremely high temperatures are like a localized pressure cooker.

High-frequency waves have a completely different reaction altogether, however, providing aspects that researchers had never seen before, Yeo said.

“We’ve seen self-ordering molecules that seem to orient themselves in the crystal along the direction of the sound waves,” he said in a press statement. “The sound wavelengths involved can be over 100,000 times larger than an individual molecule, so it’s incredibly puzzling how something so tiny can be precisely manipulated with something so big.

The team used their microchips to develop several devices that use sound waves to manipulate materials in a new way. One is an inexpensive, lightweight, and portable advanced nebulizer that uses high-frequency sound waves to excite the surface of the fluid or drug, generating a fine mist that can deliver larger biological molecules directly to the lungs, researchers said. This type of delivery can replace the often painful needles that are currently used to give people medications.

The device also is used to encapsulate a drug in protective polymer nanoparticles not just to preserve the medication but also to release it gradually.

The team also used high-frequency sound waves to drive crystallization for the sustainable production of metal-organic frameworks, or MOFs. MOFs are a class of compounds consisting of metal ions or clusters coordinated to organic ligands to form one-, two-, or three-dimensional structures.

MOFs hold promise for a diverse range of applications, including sensing and trapping substances at minute concentrations, purifying water or air, and high-density energy storage for next-generation batteries. One drawback, however, is that it typically takes hours or days and requires the use of harsh solvents and energy-intensive processes to synthesize them.

Using sound waves, however, the RMIT team created a technique for producing a customized MOF in minutes that can scale up for mass production.

Researchers published a paper on their work in the journal Advanced Science.

Bringing the capability to couple sound waves and chemistry to the masses is what the team is focused on going forward. The team said that sound wave-generating microchips can be produced using the standard processes for mass fabrication of silicon chips for computers for $.70 per device.

“This opens the possibility of producing industrial quantities of materials with these sound waves through massive parallelization -- using thousands of our chips simultaneously,” Yeo said.

This type of mass production would open up this new field of sonoprocessing to a diverse array of applications and invite many other scientists to broaden the playing field.