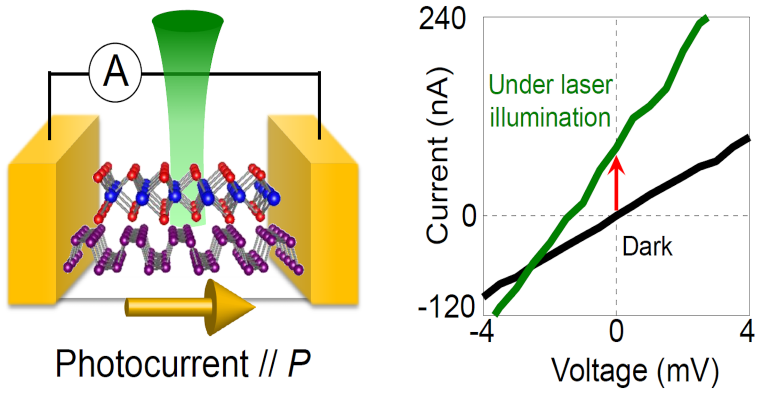 Stacking two 2D materials in a certain way provides novel properties that can be used in future solar technologies.

Researchers have achieved a new energy-generation capability by combining two materials not previously thought to be viable for use in photovoltaics. This finding has the potential to boost the performance of solar cells, they said.

Scientists at the University of Tokyo worked with non-photovoltaic, atomically flat--or 2D materials--discovering a new way to obtain polarity and photovoltaic behavior from them.

Key to the breakthrough was how the materials are arranged, said Toshiya Ideue, a research associate in the Department of Applied Physics at the university, who led the project.

Interfaces of 2D materials often exhibit different properties to the individual crystals of the materials, which led to the finding.

“We have discovered that two specific materials which ordinarily exhibit no photovoltaic effect do so when stacked in a very particular way,” Ideue said in a press statement.

Those materials are tungsten selenide (WSe2) and black phosphorus (BP), both of which have different crystal structures, researchers said. In their original state, neither material generates a photocurrent under light, and both are nonpolar, which means they don’t have a preferred direction of conduction.

What Ideue and his team discovered, however, is that by stacking sheets of WSe2 and BP together in the right way, the resulting material achieved polarization. Moreover, when researchers cast a light on the material, it generated a current, they said.

What was perhaps even more interesting about the discovery is that the latter effect occurs even if the area of illumination is far from the electrodes at either end of the sample material, which is actually different from a typical photovoltaic effect, Ideue said. “Hopefully, one day, this research could improve solar panels,” he said in a press statement.

The alignment of the two materials is what resulted in the behavior researchers observed in their experiments, they said. The crystalline structure of BP has reflective, or mirror, symmetry in one plane; WSe2 has three lines of mirror symmetry.

Researchers could not have predicted this outcome merely by observing the ordinary form of the materials, and their discovery paves the way for similar advancements in photovoltaics and more, Ideue said.

The team published a paper on their work in the journal Science.

Moving forward, the team will seek to solve the challenge of optimizing the combination of 2D materials with the highest electric-generation efficiency, Ideue said. They also will seek to “study the effect of changing the angles of the stacks” to invent the most effective combination of materials and properties, he said.

Researchers also would like to explore the possibilities for other unprecedented behavior and functionality in a range of nanomaterials, Ideue added.