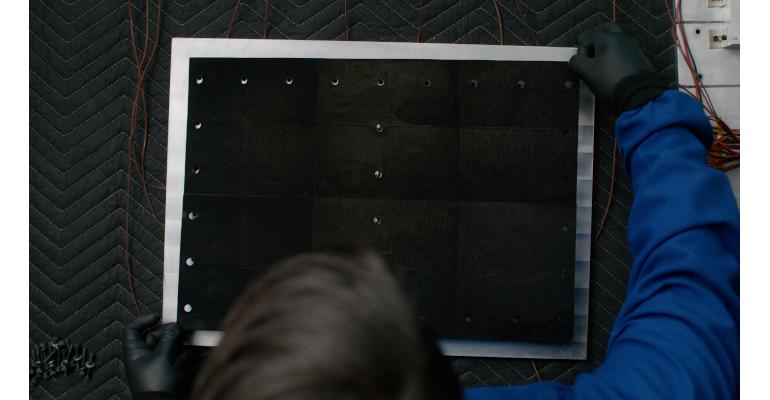 A large Carbice Space Pad cut to a customer's specification, with custom boltholes.
A carbon nanotube-based thermal interface material combines the best of liquid and solid TIMs without the hassles of either.

Carbon nanotubes (CNTs) have been used for everything from inks for printed electronics, to 3-D-printed metamaterial, to photovoltaic solar panels. They're also being used to create a novel thermal interface material (TIM) based on aligned CNTs. The manufacturer, Carbice, is expanding into more commercial markets and introducing a new approach to the thermal design process via its Carbice Lab capability.

The thermally conductive, highly reliable Carbice Pad material's mechanics differ from all other TIMs and allow predictability: it's flexible like a liquid but does not dry out or crack, said CEO and founder Baratunde Cola. Like solid TIMs, it's easy to assemble, delivering predictable contact and reliable performance in stress situations including thermal expansion, mechanical stress, shock, and vibration and across large areas with uneven topographies.

This material is the first TIM built from the ground up specifically to solve real application problems, he said.

Cola started the company in 2011 to solve a problem in semiconductor testing. "The paste material used on the backs of aluminum foils, which had to touch every chip in the factory to test infant mortality, had to handle robust mechanics and have good thermal properties," he said. "But it wasn't robust: it stained the backs of the chips so customers would reject the entire lot thinking they were bad." So the team developed its durable Contact Pad product for semiconductor testing.

But a grant from the U.S. Air Force for TIMs in satellites that would work at low pressure posed a problem so dramatic, involving so much material and such high demand, the team turned to a focus on satellites for 10 years, said Cola. This spurred development of its Space Pad product, used in several in-orbit applications.

This year, Carbice will introduce a product for power electronics for EV inverters and drivetrains. The grease and phase-change-material TIMs used in power modules don't keep their initial performance for automotive's 15-year design requirement: over time, they lose contact with the surface area, raising thermal resistance and requiring de-rating of the semiconductors.

What's also different is the company's way of doing business, and its focus on improving and lowering the cost of manufacturing, said Cola.

To create a design with traditional TIMs requires experimenting with in-assembly tests, and collecting data sheets for multiple materials. But specs on data sheets rarely correlate to actual performance in real-world applications, and using traditional materials in an assembly often requires painful tradeoffs at each stage of the process. 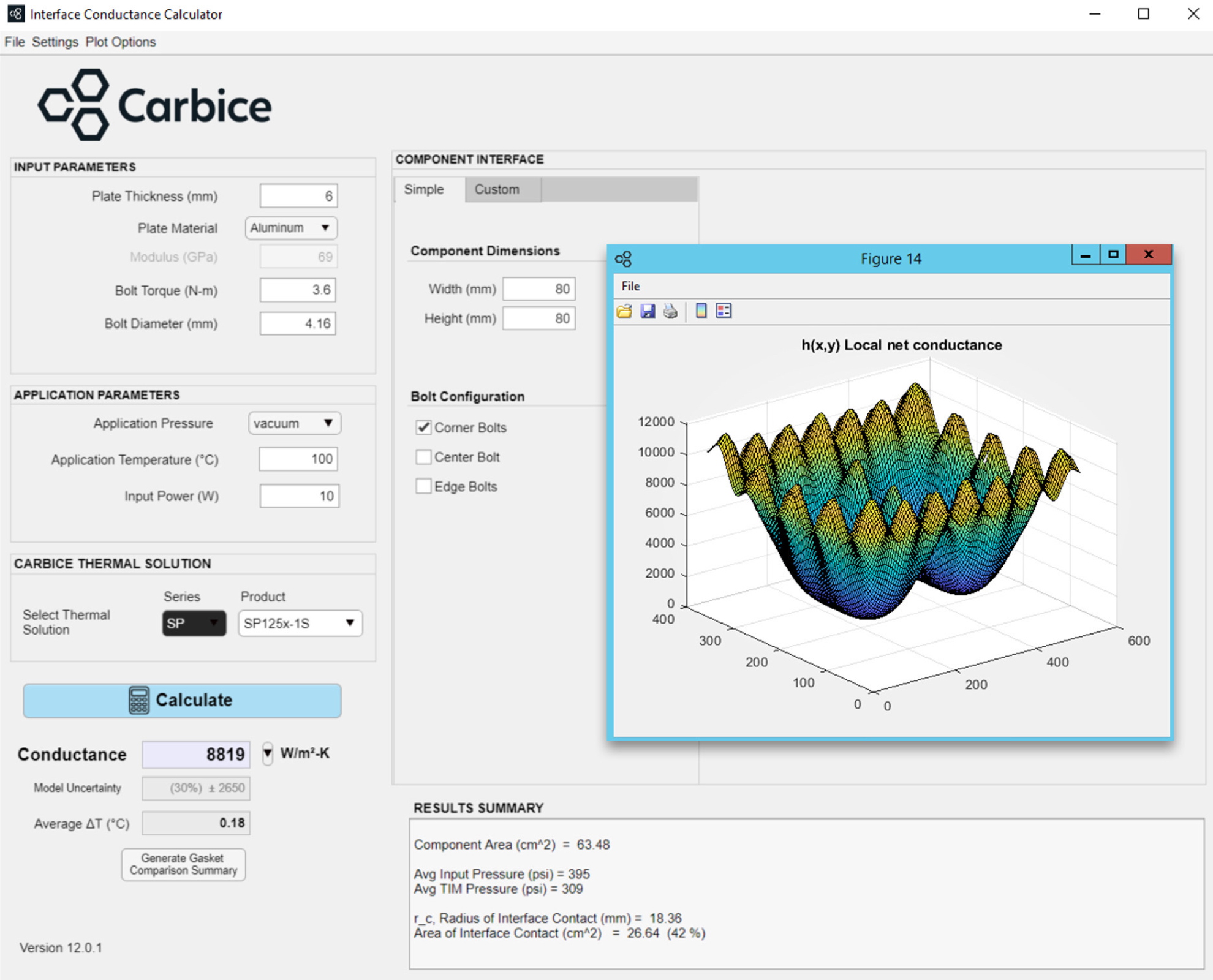 Carbice Lab is the world's first simulation and evaluation capability that allows designers to design their products without trial-and-error testing of multiple TIMs, because of the CNT material's predictability, said Cola. "Plus, we have the experience we've collected over the last decade in real applications to correlate with first-principles physics."

Carbice SIM, the company's proprietary modeling software, is part of Carbice Lab. "In Carbice SIM you can put in real-world application conditions, model the actual conditions of your interface in operation, and find the product that meets your need," said Cola. "This takes out much of the cost associated with thermal design. We also do product qualification for customers, which helps them avoid product delays and cost overruns that are typical when they need to qualify new materials."

Editor's Note: An earlier version of this story incorrectly stated that "The grease and phase-change-material TIMs used in power modules don't keep their initial performance for automotive's 15-year design requirement: over time, they lose contact with the surface area, lowering thermal resistance and requiring de-rating of the semiconductors."  The article has been corrected to change "lowering" to "raising."