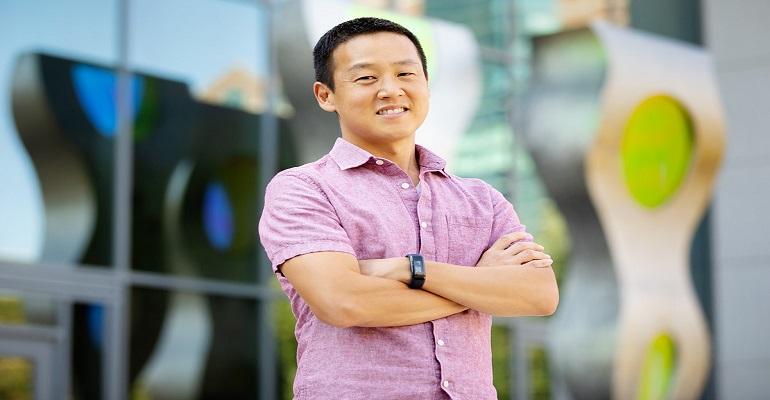 Silicon solar panels are reaching their technological limit, but researchers are experimenting by combining silicon with other materials to squeeze more energy out of sunlight. University of Illinois electrical and computer engineering professor Larry Lee led a new study that could boost the efficiency of consumer solar panels by 50 percent.
Researchers have streamlined the fabrication of tandem panels using silicon and advanced materials to extract more energy from the sun.

Researchers have developed a new fabrication process to use advanced materials to complement the silicon typically used in solar panels to get more energy out of the sunlight captured to generate electricity.

A team at the University of Illinois Urbana-Champaign worked with the semiconductor material gallium arsenide phosphide, layering it onto silicon due to the complementary nature of the two materials. Their method can produce tandem solar panels with the potential for 1.5 times more efficiency than traditional panels.

“Silicon solar panels are prevalent because they are affordable and can convert a little over 20 percent of the sun’s light into usable electricity,” said Minjoo Larry Lee, a professor of electrical and computer engineering at the university, in a press statement. “However, just like silicon computer chips, silicon solar cells are reaching the limit of their abilities, so finding a way to increase efficiency is attractive to energy providers and consumers.”

Numerous researchers have been experimenting with other materials, such as perovskites, to help solve this problem, using them to complement or even replace silicon as the primary material to help bolster the efficiency and keep the costs of solar cells low.

Lee’s team decided to take the former route, using a material that like silicon has a strong tendency to absorb light. However, gallium arsenide phosphide also has another benefit, in that it can perform this task while generating less waste heat. At the same time, silicon is still better at converting energy from the infrared part of the solar spectrum just beyond what our eyes can see.

Another key reason researchers are opting to mix materials in solar cells is that gallium arsenide phosphide and other semiconductor materials like it are expensive, despite the boon of their efficiencies. It’s better to combine them with low-cost silicon to improve solar panels rather than use them exclusively.

Combing materials leads to another problem, however, the one Lee and his team set out to solve. “Anytime you switch from one material to another, there is always a risk of creating some disorder in the transition,” Lee said in a press statement.

In this case, material defects form during fabrication, particularly at the interfaces between the silicon and gallium arsenide phosphide layers. This is because tiny imperfections form whenever materials with different atomic structures are layered onto silicon, which compromises both performance and reliability.

To solve this issue, one of the researchers on the team, Shizhao Fan, a post-doctorate at the university, developed a new process for forming “pristine interfaces in the gallium arsenide phosphide cell,” Lee said.

This technique is what allows for the possibility of developing solar panels with 1.5 times more energy conversion than current commercial designs.

“Eventually, a utility company could use this technology to get 1.5 times more energy out of the same amount of land on its solar farms, or a consumer could use 1.5 times less space for rooftop panels,” Lee said in a press statement.

The researchers published a paper on their work in the journal Cells Reports Physical Science.

The team plans to continue its work in the hopes of commercializing its technology, though some obstacles remain. However, in the future, he hopes that both energy providers and consumers will see the value in using stable materials to achieve a performance boost in solar cells.

“Tandem solar cells work as a team and take advantage of the best properties of both materials to make a single, more efficient device,” he said in a press statement.