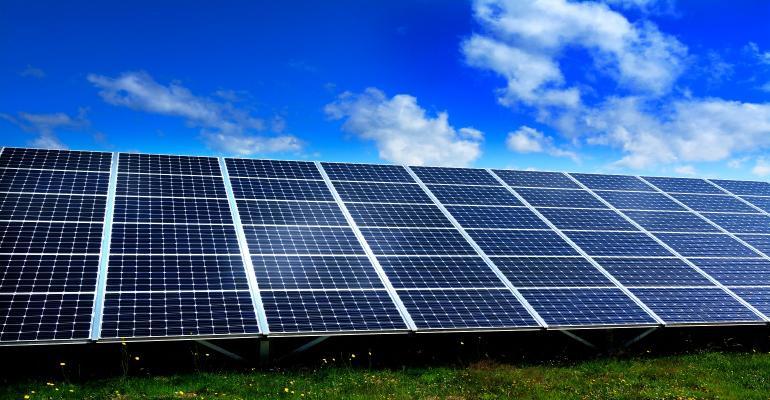 Double perovskites demonstrate self-healing properties after being damaged by a laser beam, paving the way for their use in device design.

The field of self-healing materials that will pave the way for devices that also repair themselves—such as cell phones that can fix their own screens when they crack--is one that is constantly expanding.

One of the latest technologies to emerge from this field comes from scientists at Technion, Israel Institute of Technology, who have developed a group of eco-friendly nanocrystal semiconductors capable of self-healing thanks to materials called double perovskites.

Perovskites are compound materials with a crystal structure that long have been viewed as a leading next-generation material in solar cells to supplement or replace silicon. The material has a number of advantages over silicon, including higher efficiency and less cost in cell production.

Many of the perovskites used for solar cells are lead-based, however, which has spurred environmental concerns. For this reason, the Technion research group of Professor Yehonadav Bekenstein from the institute’s Faculty of Materials Sciences and Engineering and the Solid-State Institute went searching for green alternatives to lead and have been engineering lead-free perovskites.

However, “due to the lower efficiency of lead-free devices, material properties need to improve to compete” with devices that use lead-based perovskites, researchers wrote in an abstract for a paper on their work in the journal Advanced Functional Materials.

In the work described in the paper, researchers demonstrate lead-free double perovskites that display self-healing properties after being damaged by the radiation of an electron beam, they said. They accomplished their outcome by synthesizing nano-scale crystals of new materials, controlling the crystals’ composition, shape, and size to change the material’s physical properties.

Researchers attribute the success of finding a self-repairing, non-lead-based perovskite with their focus on nanocrystals, the smallest material particles in perovskites that remain naturally stable, they said. Indeed, perovskite use in solar cells has been plagued with stability issues.

The small size of these nanomaterials makes certain properties more pronounced, thus enabling research approaches that would be impossible on larger crystals, researchers said. One method that the team employed was imaging using electron microscopy to see how atoms in the materials move, which is ultimately how they discovered self-repair in the lead-free perovskites. 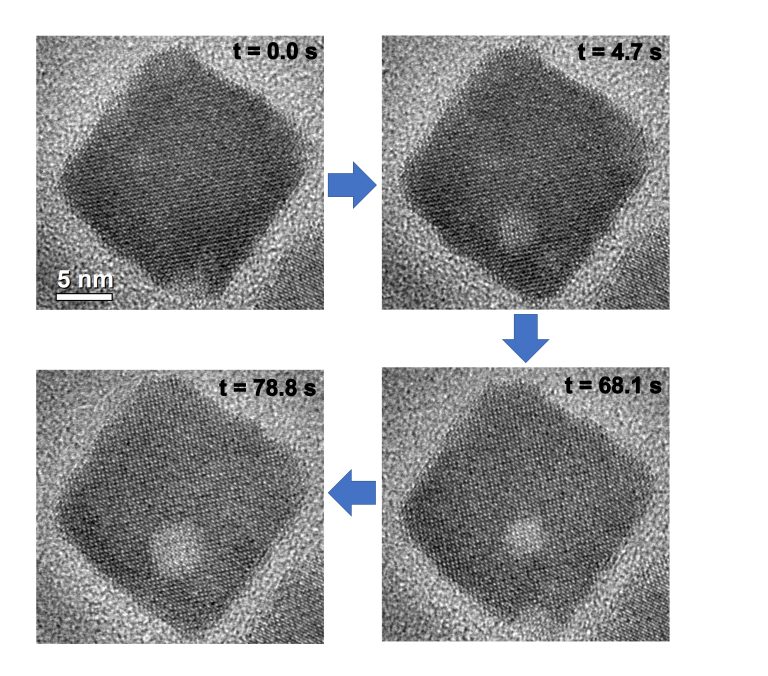 Electron microscopy images display the formation of the hole on the surface of the nanocrystal and its movement inwards.

Researchers produced the perovskite nanoparticles in Bekenstein’s lab using a short, simple process that involves heating the material to 100 degrees C for a few minutes.

Ph.D. students Sasha Khalfin and Noam Veber working under the professor’s direction then examined the particles using a transmission electron microscope, which led to a discovery that gave them a breakthrough in their work. What they saw was that the high-voltage electron beam used by the microscope caused faults and holes in the nanocrystals.

Researchers used this as a springboard to explore how the holes interact with the material surrounding them and move and transform within it, they said. What they noticed is that the holes moved freely within the nanocrystal, but avoided its edges.

Analysis of dozens of videos made with the electron microscope spurred the development of a code to help the team understand the movement dynamics occurring within the crystal, they said. They found that holes formed on the surface of the nanoparticles, and then moved to energetically stable areas inside.

Based on these observations, researchers surmised that the reason the holes moved inward could be attributed to organic molecules coating the nanocrystals’ surface, which the team removed. Once this was done, the crystal spontaneously ejected the holes to the surface and out and returned to its original pristine structure—in other words, it healed itself.

Researchers said that their discovery is an important step towards understanding the processes that enable perovskite nanoparticles to heal themselves, thus paving the way to their incorporation in solar panels and other electronic devices.

“Engineering surfaces with inherent self-healing properties may increase efficiencies in future devices based on these materials,” they wrote in the paper.