HomeMaterialsNew Look at Dendrite Formation in Batteries
Recent
Materials
Will I See You at the Virtual 2022 RT-Thread IoT OS Global Tech Conference?
May 27, 2022
Novel Silk-Protein Eyed for Tendon Repair
May 27, 2022
NTT Data Powers Indy 500 Predictive Analytics
May 27, 2022
At NI Connect: More Companies Discuss Benefits of Test
May 27, 2022
POLL
Supplier News is Checking Out Programmable Automation Controllers
May 27, 2022
What's the Latest in Additive Manufacturing?
May 26, 2022
Top Gun: Maverick Roars into Theaters
May 26, 2022
New 3D Printing Technique Prints Glass for Microstructures
May 26, 2022 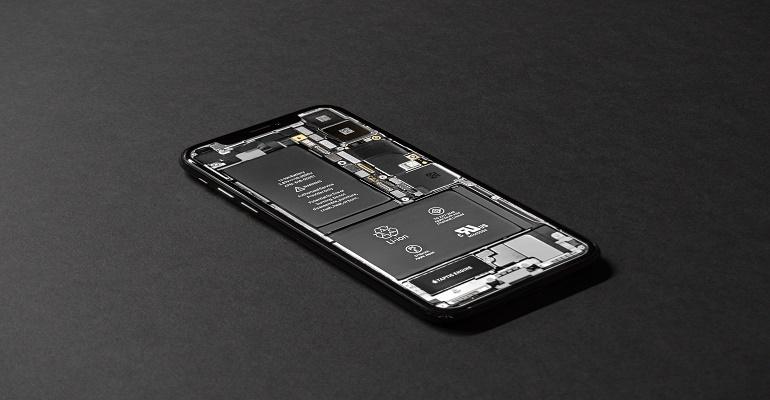 Researchers have studied the formation of lithium dendrites that typically form in batteries like this and can cause them to fail. The work by researchers at Okayama University aims to create safer devices in the future.
Analyzing the battery problem from inside electrodes provides new insight for future designs.

To achieve safer battery designs in the future, researchers have gone inside lithium-ion battery electrodes to discover more about how needle-like structures called dendrites, which can cause catastrophic failures, form.

A team of scientists at Okayama University led by Associate Professor Kazuma Gotoh tracked lithium ions not only on the surface of electrodes but also inside the electrode itself to observe the states of charging and discharging.

To do this, researchers used solid-state nuclear magnetic resonance (SSNMR) to observe both the overlithiation and oversodiation processes of graphite and hard carbon electrodes in real-time, Kazuma told Design News.

The formation of dendrites on the negative electrode of lithium-ion batteries can penetrate the barrier between the negative and positive electrodes, causing a short circuit that can lead to the battery catching fire or exploding.

Because of this, researchers have been taking a hard look at how these structures form so they can create battery designs that won’t face the same problem.

This approach to examining this phenomenon that Kazuma’s team took is different than some of the techniques other scientists have used to study dendrite formation in electrodes, he said.

Some of those methods, such as electron microscopes or X-ray analyses, can examine lithium dendrites in detail; however, scientists can observe only a part of the lithium atoms on the surface of the electrode, he said.

The NMR analysis that researchers performed them to track exactly when dendrites began to form as well as the deposition of lithium in the overcharged battery both for the graphite and carbon electrons.

Thus, when the battery is overcharged, the quasimetallic lithium cluster formation acts as a buffer for the formation of dendrites in hard carbon electrodes, Kazuma said.

“Closed pores in hard carbon are useful not only for increasing the capacity of the negative electrode but also for serving as a buffer for metal plating that occurs because of accidental overcharging of [lithium-ion and sodium-ion batteries],” he told Design News.

To test that their results are accurate, the team even applied the same analysis to another type of rechargeable battery, a sodium-ion battery, and came up with similar results, he said.

Researchers published a paper on their work in the Journal of Materials Chemistry A.

The research should allow battery designs and companies producing the devices to “choose safer materials” in the future to avoid any potential for danger, something that already is in process, Kazuma told us.

Researchers plan to continue their work to apply their analysis to different kinds of batteries to gain more insight into which materials are safest, as well as evaluate used batteries for efficient use of resources, he added.