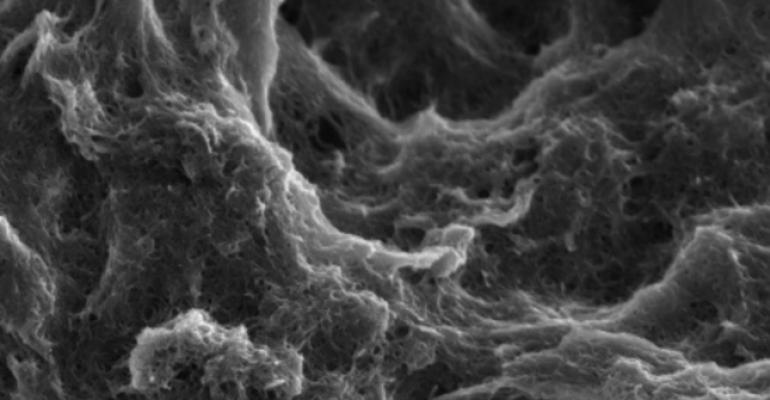 Researchers have developed a way to make batteries last longer that imitates a natural process that already occurs in energy-storage devices.

Something called a solid electrolyte interphase (SEI) layer naturally forms when a battery discharges and recharges. Drawing from this example, scientists at Aalto University in Finland have developed a carbon-dioxide-based coating for electrodes that they found can allow for the battery to be recharged and used longer.

The coating also opens the door for the use of new, more efficient materials for battery electrodes, such as metallic lithium.

The SEI structure in a battery resembles a mosaic consisting of organic and inorganic parts assembled from several blocks. When it is applied to a battery electrode, it preserves the actual electrode material.

One problem with a typical, naturally forming SEI is that it depletes the capacity of the battery. Most commercial batteries use carbonate-based electrolytes, which can temporarily lead to the formation of lithium alkyl carbonates as the main organic SEI component.

To create a coating that could prolong the battery’s life, the team from Aalto for the first time used molecular layer deposition to develop a coating using carbon dioxide. Previously, only inorganic materials that do not contain carbon have been used in this process.

“We will make a coating that imitates a completely natural SEI layer and which we hope will protect the actual electrode material,” Juho Heiska, a doctoral candidate and researcher on the project, said in a press statement.

Indeed, the artificially produced SEI is more effective in achieving this result, as it boasts higher quality than that of a naturally developed layer.

Researchers hope that the artificial SEI also will allow for the use of a different type of lithium in new battery designs.

“It would be a jackpot if batteries could use metallic lithium,” he said in a press statement. “If clean lithium metal could be used safely, it would significantly increase the capacity of batteries. With the help of an artificial SEI, this might be possible.”

Until now, metallic lithium has been difficult to use in batteries because it can ignite the battery if it comes into contact with water or air.

Researchers published a paper on their work in the journal Nanoscale Advances.

The team plans to continue their work to test how long the artificial coating they developed can protect the battery, as well as make other improvements.