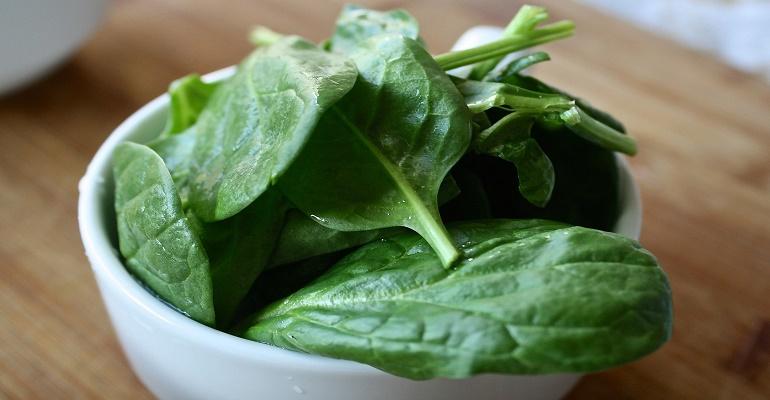 Researchers at American University have converted spinach from its plant form into carbon nanosheets to act as a catalyst for one of the key reactions in fuel cells and metal-air batteries, two devices being eyed to provide more sustainable energy storage than current methods.
Researchers use leafy vegetable to create carbon nanosheets to catalyze oxygen reduction in hydrogen fuel cells and batteries.

Most people know spinach as healthy fuel for the body, but now researchers have discovered it can also potentially help provide an eco-friendly form of energy for electric vehicles (EVs).

A team at American University has converted spinach from its plant form into carbon nanosheets to act as a catalyst for one of the key reactions in fuel cells and metal-air batteries, two devices being eyed to provide more sustainable energy storage than current methods.

Researchers in the university’s Department of Chemistry used the leafy vegetable to create carbon-based materials to catalyze the oxygen reduction reaction of the devices, which is one of two reactions they need to function. Oxygen reduction is typically the slower reaction, which limits the energy output of fuel cells and metal-air batteries.

Carbon nanosheets are like a piece of paper with the thickness on a nanometer scale—in this case, about a thousand times thinner than a piece of human hair. Creating the nanosheets out of spinach required a multi-step process—some very basic and others more high-tech. They included washing, juicing, and freeze-drying the spinach, manually grinding it into a fine powder with a mortar and pestle, and adding extra nitrogen to the resulting carbon nanosheet to improve its performance.

While scientists have long known that certain carbon materials can be used as catalysts for this reaction, they don’t typically perform as well as platinum-based catalysts. However, platinum is expensive and can degrade over time, and creating catalysts from it requires toxic processes.

These factors are what led the American University team to seek out a more natural solution, said Prof. Shouzhong Zou, a chemistry professor at the university who led the work. What they eventually discovered is that spinach is not only a sustainable catalyst created from a natural, renewable resource, but it also is potentially better than platinum for use in these devices.

“We believe it outperforms commercial platinum catalysts in both activity and stability,” Zou said in a press statement.

Scientists long have considered the fuel cell as a promising, clean source of energy—especially for vehicles—and they have been making some gains in creating efficient and cost-effective technology in the last few years. Metal-air batteries also are being eyed as an alternative source to more environmentally taxing lithium-ion batteries.

The team said spinach is a good fit for accelerating the oxygen reduction reaction—and thus spurring the devices to produce sufficient current and create energy—for a number of reasons. It survives in low temperatures, is abundant and easy to grow, and is rich in iron and nitrogen—two elements that are essential for this type of catalyst, researchers said.

The team published a paper on its work in the journal ACS Omega. Researchers plan to continue their work to test the catalysts in prototype devices, such as hydrogen fuel cells, to see how they perform in real-world scenarios.

They also plan to develop catalysts from other plants, as well as to improve sustainability in the overall fabrication process by reducing the energy consumption needed.