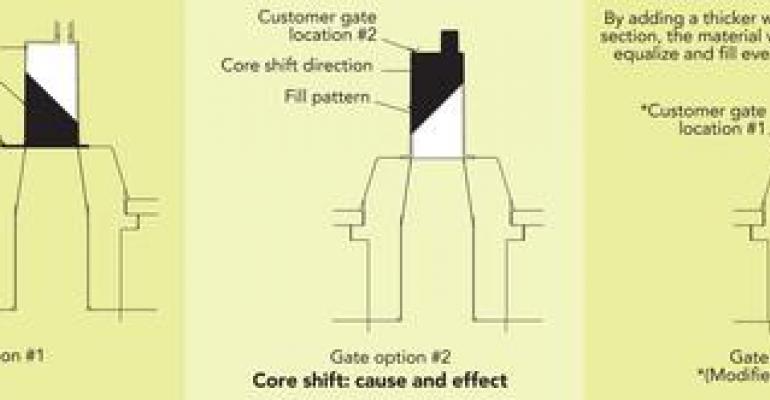 Design engineers can realize important gains by working collaboratively with the companies (often at the tail end of a supply chain) that design and manufacture the tooling that critically influences the economics and quality of a plastic part.

"Some people want to build molds before they even know what the critical elements are," says Bill Muldoon, president of NyproMold of Clinton, Mass. "That's a big mistake. It's important to meet together upfront and establish the design criteria -- how we are going to define success."

"Every day I am faced with things like parts that have core-shift issues," says Vince Lomax, vice president of Tech Mold in Tempe, Ariz. "Had they looked at designing the part a little differently initially, they wouldn't have had the problem. Once they have approval and begin making parts, making a print change is almost like an act of Congress." 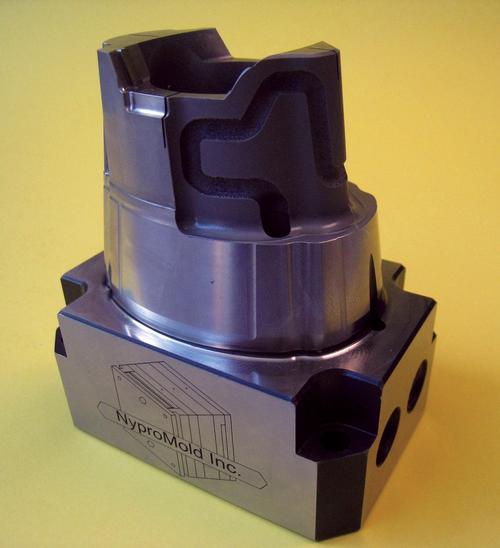 Core shift in injection molding refers to an uneven distribution of the polymer meltflow around a core during the filling and packing phases. Deflection of the core by uneven meltflow causes wall thickness variation of the part. Lomax recommends consulting with the production mold maker prior to the design freeze.

"If the customer had participated in a mold design review, you could have put a ring down where the gate is located," says Lomax. "And then the polymer would have been given the opportunity to flow to the path of least resistance, which is the thicker wall section. After that area is filled, the polymer melt would go up the core consistently and evenly, and you would alleviate or even eliminate the core-shift problem."

It's an example of a significant issue because the OEM typically gives the molder a very specific core-shift specification for a part with a certain length versus diameter requirement. If the polymer melt races up one side faster than the other, the core is pushed over, moving the part out of spec. Part quality suffers and reject rates rise, severely reducing the productivity of the tool.

Four simple rules
Lomax's point is one that reflects his more than 40 years in mold engineering. Design engineers, however, can benefit greatly from a few basic rules.

"In my 27 years of plastic design experience, 95 percent of the problems in molds created by part design issues can be solved by following four simple rules," says Wayne Phillips, senior design engineer at Phillips Plastics in Hudson, Wisc. "When you're designing a model in CAD, you're essentially designing a tool, so you need to take into account the factors that allow the tool to operate properly."