When We Need Tools on Mars, We'll Turn to 3D Printing 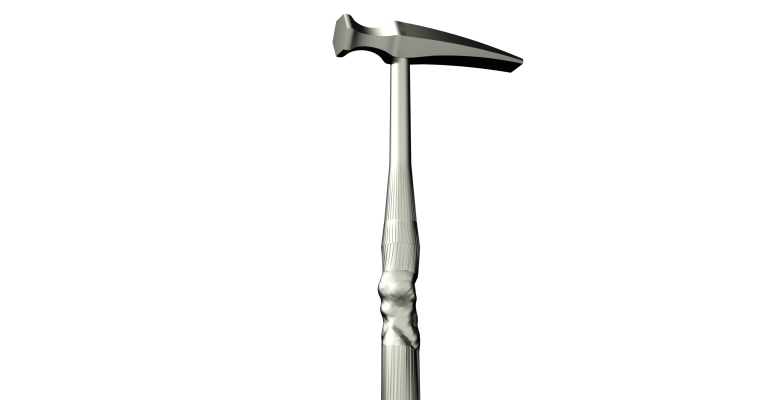 <p><strong>4.) 3D-Printed Tools</strong></p><p>Although no one talks about this when discussing the role of additive manufacturing in space exploration, but the fact is there'll be lots of equipment on some future Mars colony. And equipment, no matter how well built or how well designed, breaks. So if you're cruising around on the rough Martian landscape in your Mars rover and a strut snaps, how would you replace it? Although it wouldn't seem likely to be an early deployment, at some point it would make sense that 3D printers capable of producing different materials would eventually make their way to any Moon or Mars colony. Printers that could print in materials compatible with the atmospheric conditions or, ideally, extracted from the planet's natural resources could solve a lot of maintenance and spare parts issues.</p><p>Above: A team from Curtin University in Perth, Australia, for example, is creating a <a href="https://www.designnews.com/materials-assembly/when-we-need-tools-on-mars-well-turn-3d-printing/135316828959310" target="_blank">3D-printed toolkit</a> to assist with living and working on Mars.</p><p><em><em>(Image source: Curtin University)</em></em></p>
An Australian university team is creating a 3D-printed toolkit to assist with living and working on Mars.

There are no Home Depot stores on Mars. “On Mars, I don’t believe people will be able to afford the luxury of Earth’s manufacturing culture, at least at the beginning of life on Mars,” Dr. Qassim Saad, head of product design at Curtin University in Perth, Australia, told Design News. “The industry as a whole has to consider all resources used (from the raw material, power usage, to people, power, or space taken up by machines) and actively accommodate and adjust processes while also making the living and working environment of Mars a livable place and enable people to meet all their needs.”

Simply put, the ideas driving designs for Mars are fundamentally different than the ideas that drive design for commercial sales. All designers and engineers consider the sustainability of the products they work on, but usually need to fit these ideas into their client's specific business outcomes such as budget, marketing, or consumerist-motivated planned obsolescence, according to Saad.

Saadi is the leader of a team of Curtin University students who have designed a digital library of physical tools and utensils that could be 3D-printed on Mars and edited on-the-fly, depending on a host of factors related to the environment on Mars. Ultimately, the team tested one of its designs and used an HP Jet Fusion 3D printer to create a nylon-based rock hammer prototype using AutoCAD.

The project was undertaken as part of HP's Mars Home Planet project, which aims to reimagine life on Mars from the standpoint of sustainability and affordability. Unsurprisingly, one of its central themes is 3D printing. The project invited researchers to imagine, create, and virtually experience a sophisticated civilization on Mars that could be a new home for a million people. Participants were asked to imagine “blue sky” questions such as, “What’s next for mobility?” or “What’s the future of housing?” and answer them with ideas and designs.

It’s hard to design for Mars when you’re not actually on Mars. Design a tool on Earth, and you can create a prototype to see if it feels right in your hand and does the job. Designing for Mars is still theoretical. NASA is still struggling to produce a viable spacesuit for Mars, as spacesuits used in microgravity will be far too heavy to wear on Mars.

There's also the issue of cost. No one knows exactly how much it would cost to launch objects and send them to Mars, but previous space missions can give us some ideas. For space shuttle cargo, the price tag was about $10,000 per pound. The per-pound cost for Orbital Science's Cygnus spacecraft is about $43,180. When astronaut Scott Kelly gleefully juggled fruit for the camera aboard the International Space Station, he was holding about $30,000 worth of fruit.

While next-generation launch vehicles may bring down the costs somewhat, the distance to Mars still means a steep price tag. Reusability will become a valuable trait for every tool, widget, utensil, or personal object launched. For this reason, 3D printing objects as needed on site will become an important element to make the trip— as well as human occupation of Mars—economically feasible.

Dr. Saad told Design News that one of the first challenges in creating the toolkit was getting a handle on the vastness of the HP project’s brief.

“The brief we were given was ‘design for the lifestyle on Mars,’ which was challenging in its vastness but also rewarding, as it enabled us the freedom to holistically approach the brief from a design perspective,” he said. “Amongst other things, we did an anthropological breakdown of what we thought society on Mars would be like along with conceptualizing what future manufacturing methods would be on Mars.”

Take Only What You Need

The idea of “bringing everything you might need” won’t work with Mars exploration, which requires accounting for every microgram. To save on weight, space, and materials, the Curtin team’s toolkit can be printed, used, and recycled back into something else when required. The students crafted a digital library of physical objects ranked by their complexity of production, the frequency of use, portability, and importance.

“If an object is in surplus to requirements or bulky, it could be ground down into a base form and reused, then reprinted when it was needed again,” Saad said. “An example is if you were to ‘move house.’ The cost of moving all your worldly possessions would be inefficient, so the recycling and rebuilding process would occur.”

The nylon-based rock hammer prototype was created to demonstrate the manufacturing method rather than a specific material choice. The end product of a rock hammer printed on Mars in the future might not use nylon, but could have a composite structure with different densities and materials throughout the product. It can then use the least amount of material for the greatest strength and functionality. The point is to be flexible, since no one knows exactly what printing conditions will be like on Mars, or what materials might be available. As there are no petrochemicals on Mars (unless available exploration data has missed something big), settlers would need to produce derivatives for plastics by growing plants such as hemp, flax, or other plants that can be processed into the materials needed for printing.

“With a frontier like Mars, we just don't know exactly what the conditions will demand; however, the model would be adjusted from the experience of the users through CAD modeling on Mars,” Saad said. “It’s a concept called 'constructive discontent,' where there is constant improvement to processes as a job is being done.”

What About the Gravity?

Of course, like all blunt force tools, the hammers we’re familiar with function in accordance with the rules of Earth's gravity. Mars’ gravity is about one-third of Earth’s, and while a hammer might seem like a relatively simple tool, it becomes not-so-simple on a planet with a different gravitational force. Tools such as sledgehammers, for example, need a certain amount of mass to function properly.

It’s not only the use of the tools that needs to be reimagined; it’s the printing itself. Powder-based systems, for example, struggle in the microgravity environment of the International Space Station, as they rely on powder staying still while in use. (In May, NASA announced that it has renewed a Small Business Innovation Research contract with microgravity 3D printer developer Made In Space and its extreme operating environment Vulcan Hybrid Manufacturing System.)

While it’s believed that Mars’ gravity would support powder-based printing, nobody is quite sure yet. In fact, Mars’ environment may offer some benefit to additive manufacturing, according to Dr. Saad. Filament printing may have more freedom without the need for as much supporting material as is necessary on Earth, which could lead to Mars-native designs that simply wouldn’t work on Earth.

One thing is certain: additive manufacturing off-world will differ from Earth-based AM in every way, from design to material to process. Hybrid techniques will need to be developed that use both additive manufacturing to create near net-shaped parts as well as traditional manufacturing methods to machine down and create finished products that can be recycled after use. Today, it’s a rock hammer. Tomorrow, it may be the spatula that serves your lasagna.

Tracey Schelmetic graduated from Fairfield University in Fairfield, Conn. and began her long career as a technology and science writer and editor at Appleton & Lange, the now-defunct medical publishing arm of Simon & Schuster. Later, as the editorial director of telecom trade journal Customer Interaction Solutions (today Customer magazine), she became a well-recognized voice in the contact center industry. Today, she is a freelance writer specializing in manufacturing and technology, telecommunications, and enterprise software.