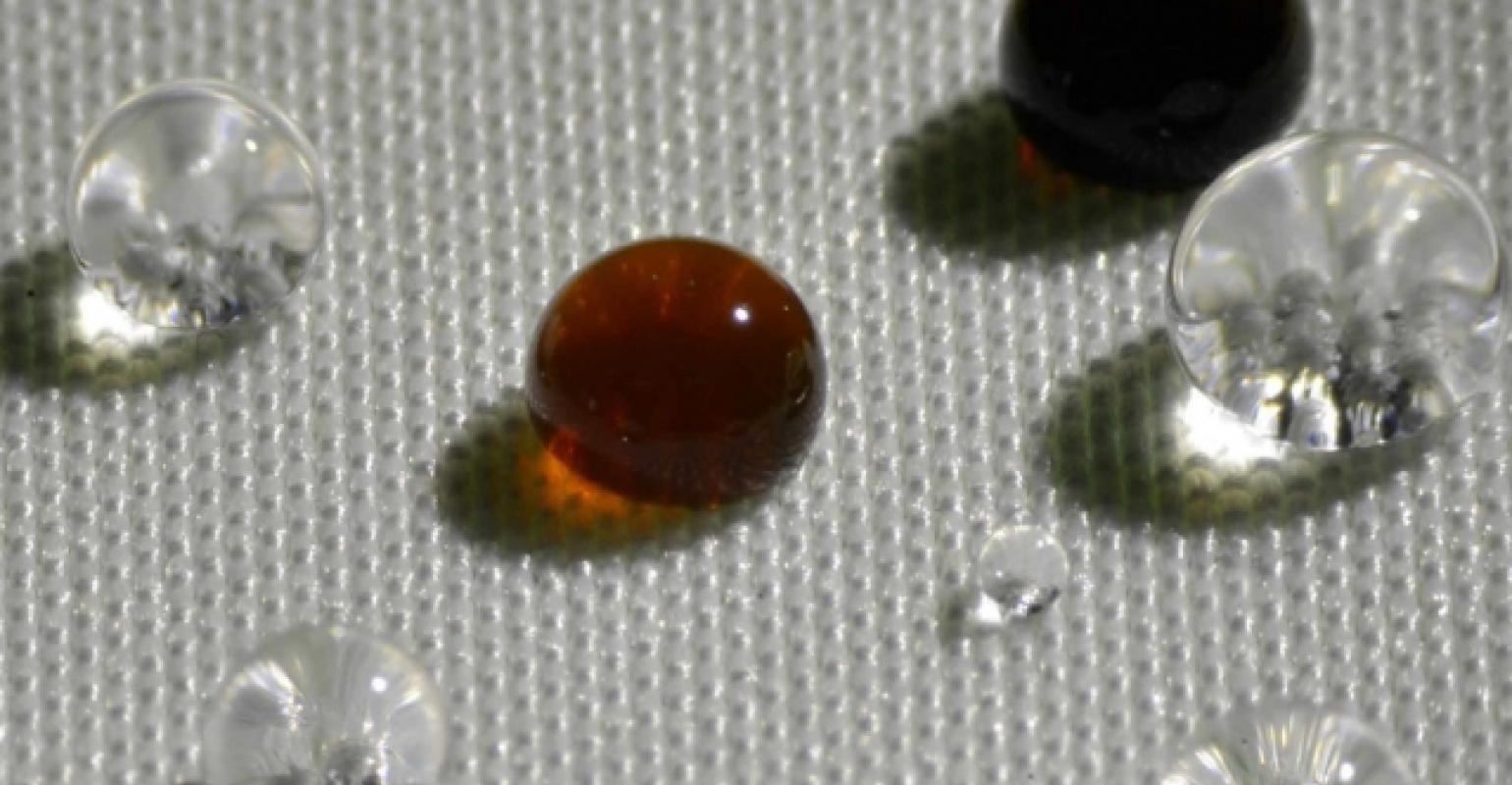 MIT researchers have developed a new waterproof coating for natural fabrics and even paper that is less harmful than existing solutions and works better.

Waterproof fabrics protected by chemical coatings have existed for a long time. They are used for numerous applications, such as rainwear, camping and athletic gear, and military equipment. However, research has shown that the chemicals typically used in these coatings are harmful to the environment and even to human bodies, accumulating in both to their detriment.

To solve this problem, researchers at MIT have developed a new water-repellent coating for natural fabrics, such as cotton and silk. It reportedly does its job better than typical solutions in actually not letting any water touch the fabric rather than just resisting it, said MIT’s Kripa Varanasi, an associate professor of mechanical engineering and one of the researchers on the team.

“Most fabrics that say ‘water-repellent’ are actually water-resistant,” he said. “If you’re standing out in the rain, eventually water will get through. The goal is to be repellent—to have the drops just bounce back.” While the new coating is not perfect in this endeavor, it does come closer to achieving this goal than existing solutions, Varanasi said.

The problem with the coatings currently used to make fabrics water-repellent is that they generally contain long polymers with perfluorinated side-chains that have been found to accumulate in the environment and in body tissue, he said. “They’re everywhere, and they don’t degrade easily,” Varanasi stated. Because of this, the U.S. Environmental Protection Agency (EPA) has been revising policies about these materials to avoid their use.

The Search for Alternative Materials

Coming up with alternative materials has been tricky for scientists, however. They have eyed shorter-chain polymers, but these are not as water-repellent, or hydrophobic, as their longer-chain versions, researchers said.

Moreover, existing coatings are liquid-based. So to make fabrics waterproof, they must be immersed in the liquid and then dry—a process that clogs fabric pores and makes them less breathable. To remedy this, manufacturers add a second air-blowing process to open the pores, which adds cost and makes them less repellent, according to researchers.

The MIT team solved the problem by using a hydrophobic, shorter-chain polymer. It was enhanced with an extra chemical coating and applied with an initiated chemical vapor deposition (iCVD) process developed by one of the researchers: Karen Gleason, a professor of chemical engineering and associate provost at MIT.

The iCVD process does not use liquids, can be applied at a low temperature, and applies a very thin, uniform coating that follows the contours of the fibers and does not clog fabric pores, thus eliminating the need for another process to re-open pores, researchers said. Scientists also can add an optional process akin to sandblasting the surface to boost the water repellency even more, they said.

Suitable for a Range of Materials

The process the team developed can apply to numerous types of fabrics beyond what typically have been made water-repellent, including cotton, nylon, linen, and even non-fabric materials, such as paper, Varanasi said. “Many fabrics can benefit from this technology,” he noted. “There’s a lot of potential here.”

In lab tests, the fabrics coated with the material have repelled not only water, but also coffee, ketchup, sodium hydroxide, and various acids and bases with great success, researchers said. The team also repeatedly washed coated materials, showing no degradation of the coatings. Severe abrasion tests also showed that while the fabrics eventually become damaged, the coatings remained intact even after 10,000 repetitions, Varanasi added.

The MIT team published a paper on its work in the journal Advanced Functional Materials. The team plans to continue its work to optimize the chemical formula for the coating to achieve optimal water repellency, and one day aims to license the patent-pending technology to existing fabric and clothing companies.