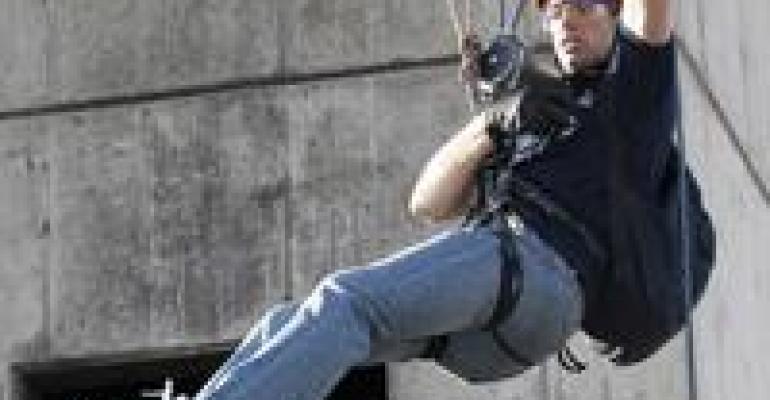 Engineering students at Brigham Young University (BYU) have devised a firearm that shoots an anchoring device that can pull a person vertically into the air as high as 90 feet. This was part of an annual Air Force Research Lab competition that asked participants to build a tool that would attach to a vertical surface, such as a concrete building, and allow someone to ascend on a cable in a way similar to what the fictional superhero Batman has done in Hollywood films.

"The Air Force wants to be able to go to higher heights, to new surfaces and to be able to do it faster," the project's faculty adviser Greg Bishop said in a press release. "They've got to be able to still do that, essentially, with either holding a weapon or a communication device," which is where the so-called "grappling hook" comes in. 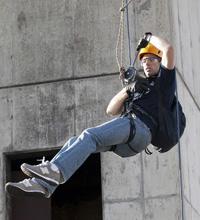 BYU's device can be used to ascend walls at more than 30 feet per minute, which the university said is faster than what military Special Forces can do on their own. It includes a built-in LED light array that seals a UV-cured epoxy to anchor it to a surface, such as a cement wall, according to BYU. The epoxy cures in five minutes, as opposed to the 12 or 24 hours a normal epoxy would require.

BYU took the device to the competition at Wright State University in Ohio April 16 to 20, where its team and other competitors had 20 minutes to show military representatives how to shoot the device and use its winch system. To successfully vie to win the competition, each device must pull three people carrying 300 pounds each up a 90 foot vertical incline, according to the university. At press time, a BYU spokesman said the students had not yet received the results of the competition.

BYU posted a video on YouTube in which engineering students discuss the challenges of creating the device, as well as demonstrate it.