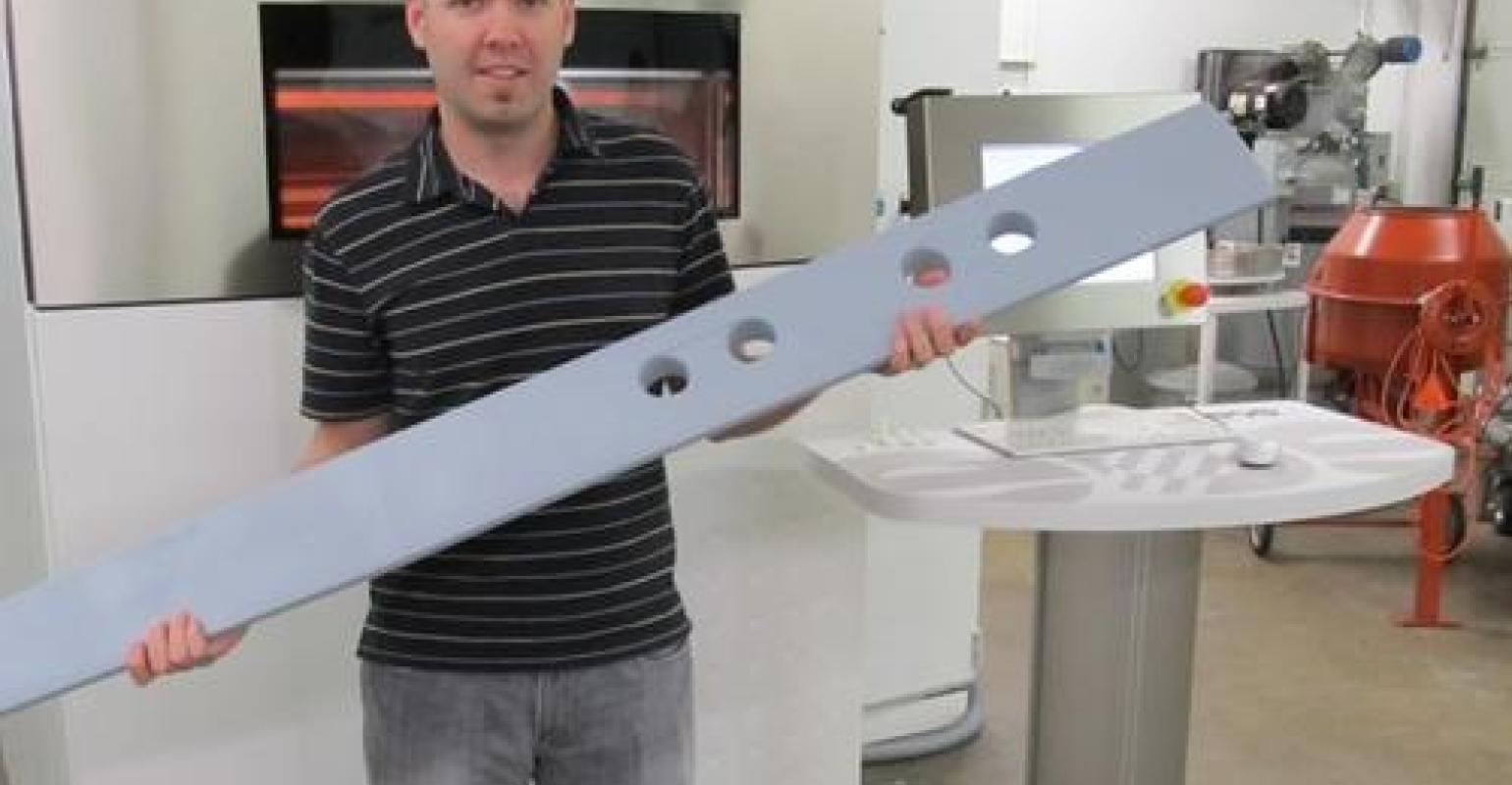 Direct laser sintering (DLS) is seeing rapid uptake in the construction of unmanned aerial vehicles. DLS is an additive manufacturing (AM) technique that can produce some of the most durable high-quality products around. Aerospace manufacturers -- along with numerous users in the medical sector -- are taking advantage of AM to produce low volumes of complex products requiring high precision.

"We're seeing a growing interest in DLS for aerospace," Andy Snow, EOS regional director for North America, told us in an interview.

The process can be used to make parts as simple as basic clips that hold harnesses. Some typical applications include components of engines and turbines, as well as parts for cabin interiors. Manufacturing gas turbine engines for use on commercial aircraft -- a use of DLS that's accelerating quickly -- is one high-value application. More manufacturers are identifying many components within the engine that can be laser sintered. 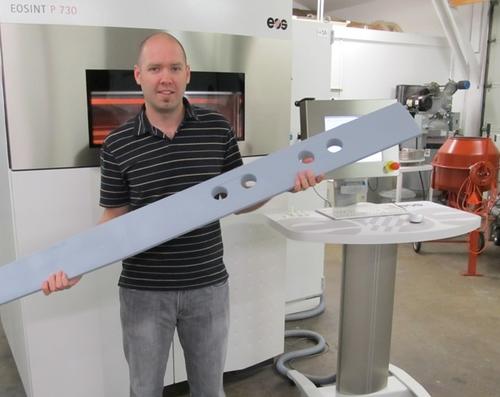 EOS DLS systems process different materials, including polymers and metals. Part of the reason for using laser sintered parts is to reduce part counts and simplify assembly procedures. Another is the speed and cost-effectiveness with which fully operative parts with complex geometries and aerodynamic properties can be made available. Other factors include material and weight savings, which can reduce fuel consumption. In addition, manufacturers get fully integrated parts faster and reduce costs. They can also produce small batches and make manufacturer-specific modifications, such as in the cabin.

But the fastest-growing demand in aerospace is from makers of UAVs for lightweight components. Northwest UAV Propulsion Systems' Northwest Rapid Manufacturing business, for example, uses EOS laser sintering systems to produce polyamide and polystyrene UAV components. Laser sintering melts materials at high temperatures and lays them down one at a time in thin layers, making it possible to create complex and unusual shapes.

In North American automotive applications, EOS is still focused primarily on rapid prototyping. "But we have some low-volume manufacturing applications for specialty, limited-series, custom-made automotive designs and luxury vehicles using DLS," said Snow. Those production runs are around 2,000 vehicles per year. Car manufacturers and their suppliers are also using EOS processes in the Formula 1 industry for very small quantities.

Medical and dental uses for DLS are growing rapidly. The materials that have been developed for these applications, such as EOS PEEK HP3, are biocompatible and capable of being sterilized, since they withstand very high temperatures.

Laser sintered parts made of EOS PEEK HP3 have a continuous use temperature of 180 degrees C for mechanical dynamic, 240 degrees C for mechanical static, and 260 degrees C for electrical. One of the highest-volume uses for making end-products is dental copings and crowns. Another is patient-matched cutting and drilling guides, such as for knee and hip replacements, which have been used in hospitals for the past three years. "In one hospital, surgeons reduced the number of operating trays per surgery from a dozen to one or two," Snow said.