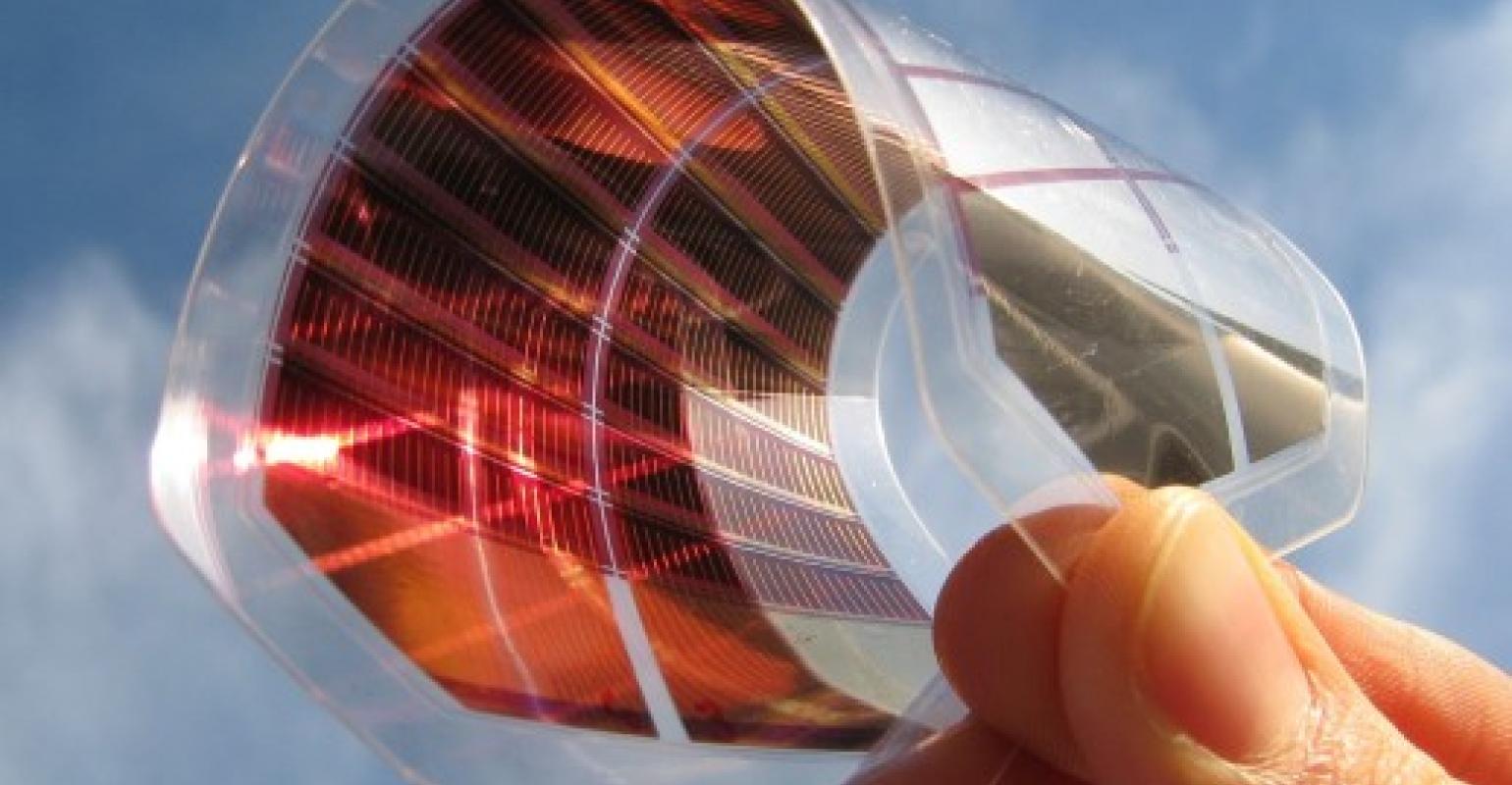 Researchers currently are eyeing the design of different form factors for solar cells to expand their range of use in smaller devices or for applications such as wearable technology or smart-building applications.

Now researchers at the RIKEN Cluster for Pioneering Research and RIKEN Center for Emergent Matter Science have created an ultra thin organic solar cell with promising conversion rates for next-generation uses of solar power, they said.

The cell developed by the team—which also includes scientists from the University of Tokyo, University of California at Santa Barbara, and Monash University—showed degradation of less than 5 percent over 3,000 hours in various atmospheric conditions with a conversion rate of 13 percent, said Kenjiro Fukuda, one of the researchers on the project.

While 13 percent is much lower than the 25 percent conversion rate of which commercial silicon cells are capable, it still is solid number for this type of cell, he said.

“Our research shows that ultra-thin organic solar cells can be used to supply high power in a stable way over long periods of time, and can be used even under severe conditions such as high temperature and humidity,” Fukuda said in a press statement.

Organic photovoltaics have some key benefits to silicon-based conventional films, including that they are cheaper to produce and more environmentally friendly.

Flexible solar cells have their own advantages for providing solar power as well, they said. They have the potential to provide a high amount of lpower per weight and can be used in some emerging applications for solar-cell technology, such as power sources for wearable electronics as well as in sensors and actuators for soft robotics.

However, aside from being less efficient than cells made of typical materials, ultrathin films also tend to degrade rapidly under the influence of elements like sunlight, heat, and oxygen.

The RIKEN researchers set out to solve both of these issues in the design of their thin film, which as its foundation has a semiconductor polymer for the donor layer and anon-fullerene acceptor, which increases its thermal stability.

They also used a simple post-annealing process to produce the cell, which researchers said proved critical in increasing the durability of the device because it creates a stable interface between the layers. In this process, the material is heated to 150 degrees Celsius after an initial annealing at 90 degrees.

The team published a paper on their work in the journal Proceedings of the National Academy of Sciences.

Fukuda said the team envisions using the cell for some of the aforementioned next-generation applications, including as “long-term, stable power supplies”  for wearable electronics such as sensors attached to clothes.