HomeMaterialsTougher, Lighter, Thinner: New Metal Alloys Prove Their Strength
Recent
Materials
Q&A With IndyCar Gearbox Expert Anna Chatten
May 13, 2022
Intel Unveils Trust Authority to Boost Security
May 13, 2022
Supplier News Looks at Highly Customizable Industrial Monitors
May 12, 2022
Here Technologies Maps are Key to Mercedes Level 3 Automation
May 12, 2022
POLL
'We Built the Domino's Pizza Tracker for Manufacturing'
May 12, 2022
Break Your Bubble Gum Habit by Watching Its Production
May 12, 2022
This Patch Monitors All Your Vitals, Including Blood Pressure
May 12, 2022
First E-Skin to Anticipate, Perceive Touch from All Directions
May 12, 2022

Over 72% of the 2015 Chevy Colorado's main cab structure is AHSS, reducing mass, improving stiffness, and decreasing noise and vibration. In the 2016 Nissan Maxima, 980 and 1180 MPa AHSS is concentrated in the A-pillar, the side roof rail, and the B-pillar for additional strength. AHSS also contributes to the Maxima's highly rated safety performance.

Generally, AHSS can reduce vehicle structural weight by 30% over traditional mild steel, and costs much less compared with aluminum and composites, said Anderson. It's also the most recycled material around the world, with its ability to be continuously recycled without loss of strength or integrity in products made with it.

Optimization and effective placement of metal alloys are also key, as former SMDI vice president for the automotive market Ronald P. Krupitzer wrote in a Design News article. The 3G (geometry, gauge, and grade) optimization method pioneered in FSV yields the lightest possible steel solution for a part or an assembly. That optimized steel gauge and grade can also be enhanced by new manufacturing processes, such as tailor rolling of blanks, which was featured in FSV and used in the Chevy Colorado's B-pillar construction.

New AHSS steels are very different from their mild steel predecessors in terms of how they're formed and joined, and how they must be treated during service and repair, said Anderson. "We're offering our automotive OEM customers some challenges in formabilty and joining," he said. "If we need to develop new stamping tools or tryouts or sequences, or new joining technologies, we'll work with them collaboratively."

As the use of AHSS migrates to the Tier 1 and 2 supplier community, SMDI is developing training. "We'll take it to OEMs on a trial basis before introducing it to the rest of the automotive community," said Anderson. "We think it's definitely needed because automotive customers are starting to rely on outside providers to stamp these new steels, but those providers need to know which tools and sequencing to use." SMDI hopes to introduce a training class in early 2016 after the trials.

Expertise for handling these new steels is also needed in repair and service providers. "You can't heat them the same, because the thermal-mechanical processing they've undergone gives them their special properties, and you could destroy that with a blowtorch in the wrong place," he said.

The alloy for automotive applications is 40% more formable and 30% stronger than standard automotive aluminum alloys, while retaining the surface quality needed for exterior panels. It's twice as formable and 30% lighter than high-strength steel, and has similar formability to mild steel. But process speed is the real eye-opener: Micromill continuous casting cuts the time usually needed to turn molten metal into aluminum coil from 20 days for conventional rolling mill to only 20 minutes. This speed, plus a new microstructure, enables the material's greater performance, said John Butler, Alcoa's director of research and development for global rolled products.

Right now, Alcoa's focus for Micromill is automotive, but down the road there will be other applications. "When you look at the way we've been making aluminum, especially sheet products, we start with big, thick sheets," said Butler. Instead of using heat and rolling to get those down to a typical thinner sheet for auto parts, Micromill starts with liquid metal. Using the Micromill casting process, aluminum is solidified much more quickly at a thinner gauge and given a little rolling to come up with the final gauge needed for the product. 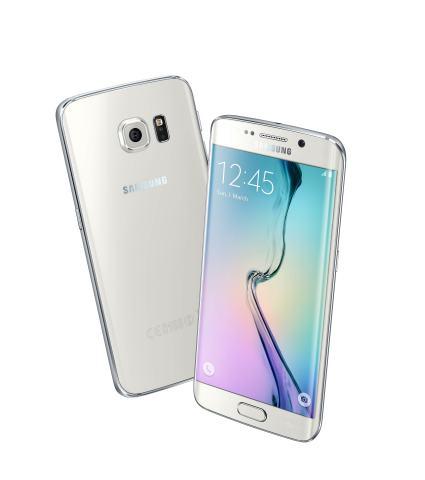 "It all changes the material's microstructure," he said. "Since we have several linked processes, and can start with thinner material, we can cut out some process time. That's what we're working on now: looking at what else can we do with this process aside from autos."

For Alcoa's other, non-Micromill aluminum rolled (plate and sheet) products, there are two additional main applications outside automotive. The first is aerospace, which uses extruded aluminum and forgings in addition to sheet and plate, especially aluminum-lithium alloys. Here, aluminum's higher strength -- as well as its better fatigue, fracture, and damage tolerance compared with composites -- is highly valued, said Butler. The other is brazing sheet, used in brazed heat exchangers, including heater cores, evaporators, and radiators, mainly in transportation.

A possible automotive application, from passenger cars up to minivans, is using aluminum in a unibody or monocoque construction instead of the traditional aluminum body bolted to a steel frame. "The unibody requires sheet in a lot of different applications," said Butler. "Before, aluminum was mainly in the exterior panels of cars, but forming and joining there isn't as challenging. Now we're looking at forming and joining for the structural unibody. That's where we see some challenges that we're addressing."

High-performance aluminum alloys are also moving into a very different type of use, for their ability to make attractive, slim frames and enclosures for mobile products and consumer electronics. For example, Samsung chose a high-strength grade of aerospace-quality aluminum, Alcoa's 6013 Power Plate, for the body of its Galaxy S6 and S6 edge smartphones. Power Plate gave the phones an even thinner, lighter design due to its 70% greater strength than the standard aluminum used in similar devices, which are the 5000 and lower-strength 6000 alloys, said Leighton Cooper, Alcoa's director of technology.

Aluminum in general has been used over the last 10 years in consumer electronics, for its heat resistance and the fact that it anodizes easily for a cosmetically pleasing appearance, said Cooper. Samsung had been using plastic for their mobile phone frames and wanted to design a device that could be thinner and lighter yet look good, too, which the standard alloys couldn't do.

Alcoa has seen indications that the use of metal frames is expected to grow substantially over the next couple of years in consumer electronics. "We see the use of more aluminum in mobile devices, whether that's frames on smartphones or enclosures in notebooks," said Butler. "We're getting a lot more interest from other companies wanting to go with aluminum."

In consumer electronics there's a trend toward larger displays, and also a trend toward packing a lot more components into devices. So materials used in the past may not work for new devices that must be thinner as well as strong, which is why Samsung had to go to an aerospace-grade material.

Several different lightweight alloys are being explored in the Lightweight Innovations for Tomorrow (LIFT) consortium operated by the public/private American Lightweight Materials Manufacturing Innovation Institute (ALMMII). Lightweight metals aren't really new, but there are new applications where they can improve performance, said LIFT's executive director, Larry Brown. "The low-hanging fruit for lightweight metals is the transportation sector, but we want to impact all sectors," he said. For example, LIFT is looking at the oil & gas industry, which needs lightweighting in oil platforms.

LIFT won't create new materials, but will bring together industry and research partners to accelerate their technologies. By working with the institute, they'll be able to speed up getting R&D from the applied development stage to production-line processes, said Brown.

The first technology acceleration project looks at innovations in melt processing for casting parts from molten iron. Working with Grede and Michigan Technological University as lead partners, LIFT will investigate reducing the amount of metal in an automotive transmission differential case. The goal is to reduce part weight 30 to 50% using different available alloys.

LIFT's second project, with Boeing and The Ohio State University as lead partners, intends to improve technologies used to die cast and heat-treat aluminum parts, for multiple transportation uses. It will focus on using a high-speed, vacuum-aided, aluminum die-casting process to produce access panels on an airplane wing, cutting both weight and costs, and then heat-treating parts to make them harder.

The project will also take advantage of integrated computational materials engineering (ICME), which combines design and production parameters with information about the metal's microstructure to predict part performance. This process could reduce the amount of time needed for designing and testing new components using new materials and processes, said Brown.