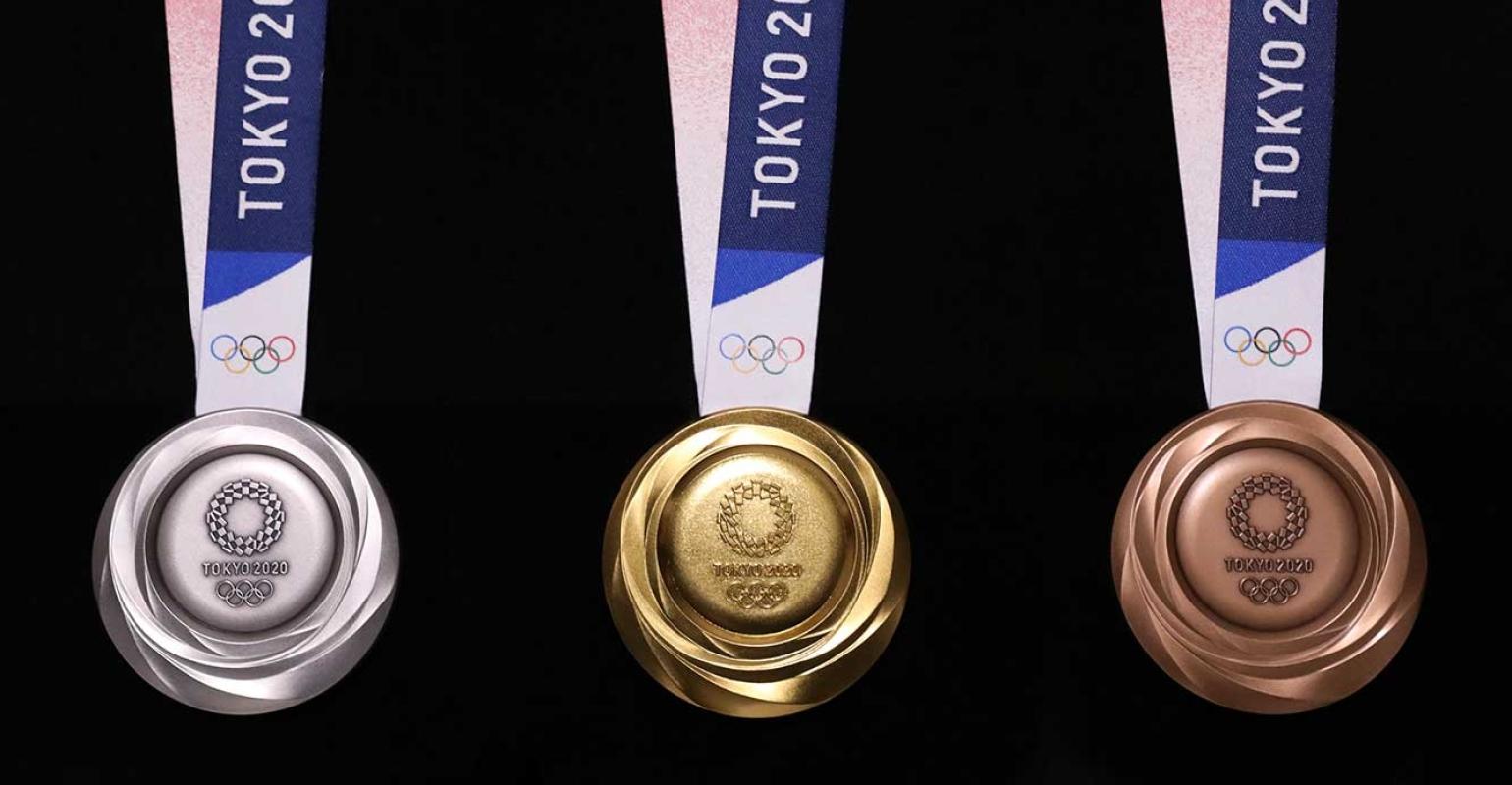 Tokyo Olympic Medals Are Made From Recycled Electronics

The gold, silver, and bronze medals for the 2020 Summer Olympic Games in Tokyo will be made from metals recycled from electronic devices.

The medals awarded to victorious athletes at the 2020 Tokyo Olympic and Paralympic games are special—not just because the symbolize athletic prowess and excellence, but also because  the gold, silver and bronze medals awarded to the athletes are being manufactured entirely from recycled materials.

The Tokyo Organizing Committee of the Olympic and Paralympic Games conducted the “Tokyo 2020 Medal Project” to collect small electronic devices such as used mobile phones from all over Japan. This project makes Tokyo 2020 the first in the history of the Olympic and Paralympic Games to involve citizens and to manufacture the 5,000 required medals using recycled metals.

The Tokyo 2020 Medal Project also included a medal design competition that invited the public to submit design ideas for the medals. The winning medal was designed by Junichi Kawanishi.

The project brought in 78,895 tons of electronic devices—including 6.21 million mobile phones. Both the gold and silver medals are made entirely from pure silver, though the former uses more than six grams of gold plating on top of the silver base. The bronze medals are made from a red brass alloy, which is 95 percent copper and five percent zinc.

According to a news release by the Tokyo Organizing Committee, “The approximately 5,000 medals in total have now been produced from the small electronic devices that were contributed from people all over Japan. We hope that our project to recycle small consumer electronics and our efforts to contribute to an environmentally friendly and sustainable society will become a legacy of the Tokyo 2020 Games.”