These Solar Windows Change Tint as They Generate Energy 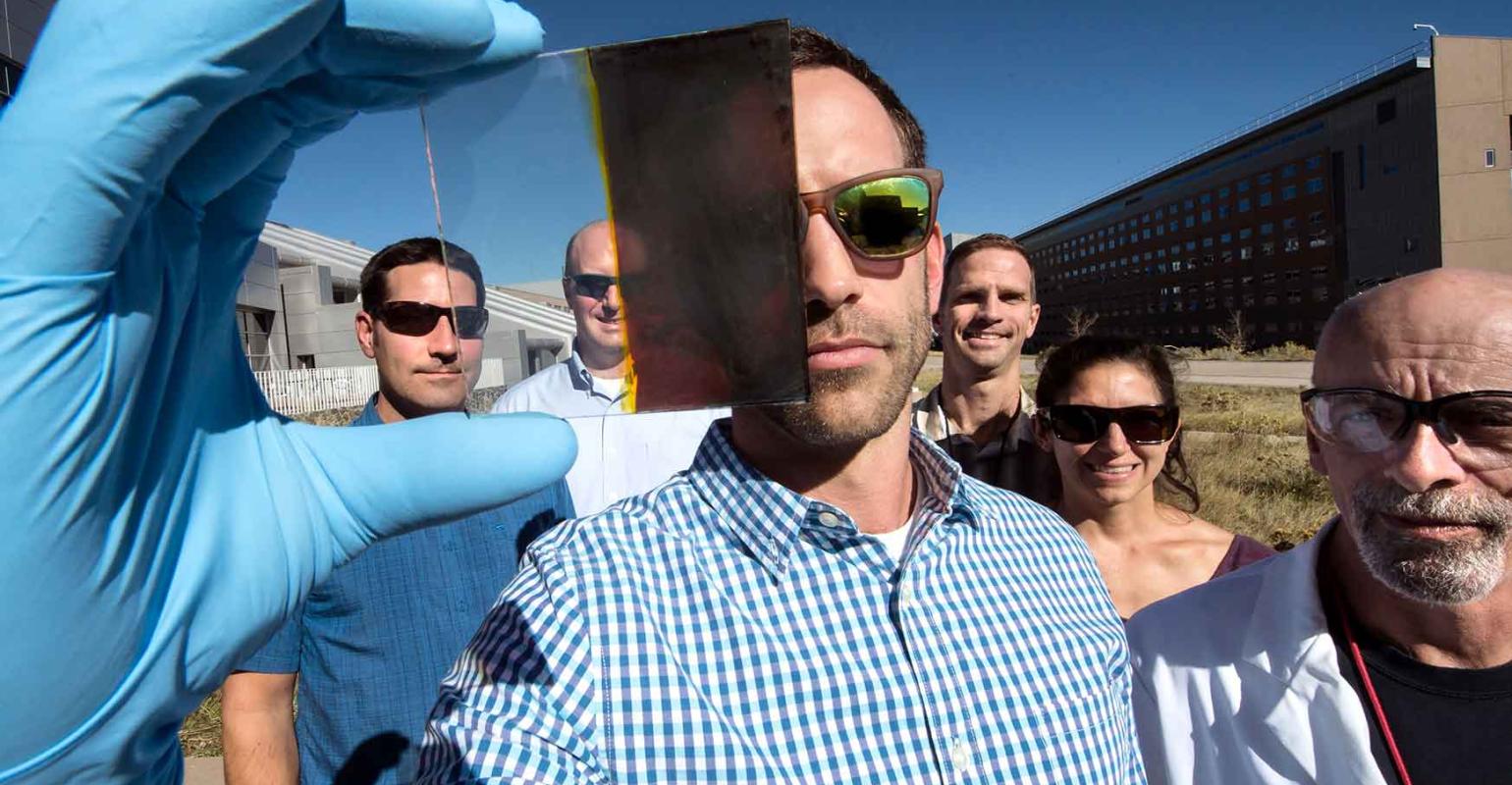 Researchers at the Department of Energy’s National Renewable Energy Laboratory have developed a photovoltaic window that automatically transitions from transparent to darkened as it generates solar energy.

Developing aesthetically pleasing, yet utilitarian, photovoltaic windows that can generate solar energy for home, offices, and other buildings is at the moment a Holy Grail of sorts for the green building industry.

While there are some technologies that have already been developed for this purpose, the opportunity is still wide open. Enter the Department of Energy’s National Renewable Energy Laboratory (NREL), which has developed a switchable photovoltaic window that automatically darkens from transparent as it generates solar energy.

Lance Wheeler, a scientist at NREL who worked on the project, told Design News the technology bridges the gap between providing a window that is functional for its own purpose as well as can serve another by generating electricity when sunlight is available.

The window developed by the team is thermochromic, using advanced materials such as perovskites—which also are being used to develop conventional solar panels – and single-walled carbon nanotubes, according to researchers.

As described in a paper published in the journal Nature Communications, the window works by responding to heat, transforming from transparent to tinted and generating electricity as it darkens. Molecules of methylamine cause the color change in the glass by a process of reverse absorption that is activated by heat from the sun.

When solar energy heats up the device, the molecules are driven out, darkening the window. When the sun is not shining, the device is cooled back down, and the molecules re-absorb into the window, leaving it to appear transparent.

In tests researchers found this process takes about three minutes. When the window is transparent, an average of 68 percent of light in the visible portion of the solar spectrum passes through, they said. When the window darkens, only three percent is allowed through the window.

This is in contrast to existing solar window technologies, which are static, meaning they are designed to harvest only a fraction of the sunlight without sacrificing too much in the way of transmitting visible light needed for viewing or for the comfort of building occupants, according to the researchers.

Researchers have already explored how to commercialize the technology in a short-term program last year with industry partners and concluded that it is possible to do so for a variety of uses, including vehicles, buildings, and other applications.