HomeMaterialsTechnologies That Run on Light Eyed for Future Electronic Devices
Recent
Materials
Will I See You at the Virtual 2022 RT-Thread IoT OS Global Tech Conference?
May 27, 2022
Novel Silk-Protein Eyed for Tendon Repair
May 27, 2022
NTT Data Powers Indy 500 Predictive Analytics
May 27, 2022
At NI Connect: More Companies Discuss Benefits of Test
May 27, 2022
POLL
Supplier News is Checking Out Programmable Automation Controllers
May 27, 2022
What's the Latest in Additive Manufacturing?
May 26, 2022
Top Gun: Maverick Roars into Theaters
May 26, 2022
New 3D Printing Technique Prints Glass for Microstructures
May 26, 2022

Technologies That Run on Light Eyed for Future Electronic Devices 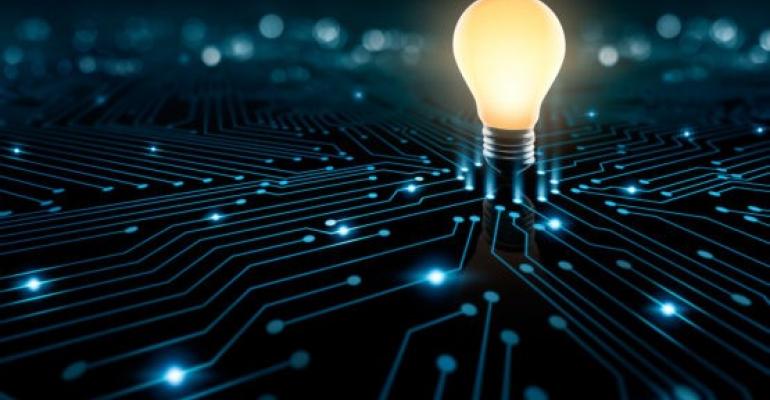 Scientists at Stanford have developed the blueprint for a photon diode that can be used in typical consumer electronic applications, paving the way for faster, more complex, and more efficient devices

Researchers have made a significant step forward in the design of electronics that use light instead of electricity for information processing, a paradigm that scientists think can create faster, more efficient devices.

Researchers at Stanford University have developed a blueprint for a nanoscale photon diode--or device that allows light to flow only in one direction--that is size-appropriate for consumer electronics.

There are two key advantages to using light over electricity in information processing that have to do with bandwidth and transmission loss, Lawrence told Design News.

“Unlike electric signals, light can be split up into many different wavelengths, or colors, with a different set of information encoded on each wavelength,” he told us. “This so-called wavelength division multiplexing increases the possible data rate tremendously.”

Secondly, electric currents necessarily heat up the wire they are travelling down, which results in loss of signal and thus requires amplification, which costs energy, Lawrence said.

“Light, on the other hand, can travel much greater distances without being absorbed, and thus could represent a much more energy efficient route to computing and communications,” he told Design News.

While diodes already are commonly used in modern electronics—the most common example being light emitting diodes (LEDs)—typically it’s been difficult to scale down the technology to smaller form factors.

“As commercial devices, from smart phones, to LIDAR and LiFi, get smaller and smaller, less and less space can be afforded for individual components,” Lawrence told Design News. “Miniaturization will therefore be vital for overcoming the issues … in next-generation optical technologies.”

To design a light-based diode has two key challenges—one is that light should move forward through an object in the exact same way it would move backward, researchers said. To make it flow in one direction, however, requires new materials to break what’s known as time-reversal symmetry, they said. Secondly, electricity has a charge, and thus is fairly easy to manipulate; light lacks a charge, and proves more challenging in this aspect.

To overcome these challenges, scientists historically have used a fairly complicated process, which is why diodes are generally too large to fit into typical consumer electronics.

That process is to run light waves through a polarizer to make them oscillate in a uniform direction, and then run those waves through a crystalline material within a magnetic field, which rotates the polarization of light. Finally, another polarizer matched to that same polarization transmits the light out of the device. If light is run through the device in the opposite direction, no light gets out, achieving the one-directional flow.

To overcome current limitations, Dionne and Lawrence developed a method to achieve rotation in crystal using another, polarized light beam instead of a magnetic field. Because of the polarization, the beam’s electrical field takes on a spiral motion that, in turn, generates rotating acoustic vibrations in the crystal. These vibrations give the crystal magnetic-like spinning abilities, enabling more light to get out.

“We showed that by using circularly polarized light, spinning vibrations in silicon (as well as other crystalline materials) can act as an optical amplifier but only for light travelling in a single direction,” Lawrence explained to Design News. “We then showed that by forming the silicon into tiny antennas, we can amplify this effect and create light diodes that are just 30-250 nanometers thick, which is much smaller than previous designs.”

At this point, Dionne and Lawrence have designed the new photon diode and checked their design with computer simulations and calculations, as well as created the necessary nanostructures for fabricating a diode at the prospective size. They plan to continue their work to achieve the ultimate goal of a nano-scale photon diode that can be used widely in next-generation electronic and computing applications, Lawrence said.

“We are looking into new applications and device concepts,” he told Design News. “For example, by capitalizing on the amplifying nature of the biasing mechanism, we believe we can build a self-isolating laser. That is to say, a nanoscale device that emits narrowband coherent radiation but cannot interact with light reflected back towards it, removing the need for a separate isolating component.”

Researchers also are interested in using their design for nonreciprocal thermal emission, to improve the efficiency of photovoltaics and thermophotovoltaics, Lawrence added.