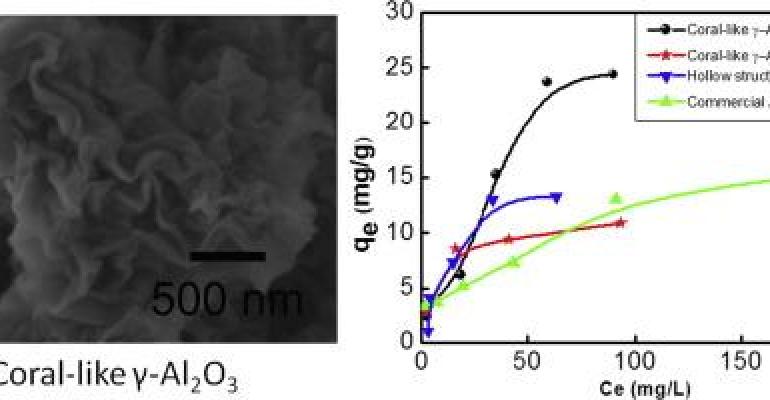 The destruction of coral reefs around the world is also leading to a disruption of the ocean's ecosystem and increased pollution in the sea. As a possible solution to this problem, researchers in China have developed a new material that mimics coral that could help remove toxic heavy metals like mercury from the ocean.

Manufacturing and industrial processes release metal ions like mercury, lead, and arsenic into the ocean, where it is then absorbed by plants and animals, poisoning them and the ecosystem. This problem also reaches the human population when people consume toxic fish, causing health issues -- particularly cognitive problems in children, according to the World Health Organization.

Indeed, it was actually the fact that these metals are toxic to corals that inspired the team from Anhui Jianzhu University in China to develop the synthetic coral. The reason mercury and other metals are so damaging to coral is that coral itself is very efficient at adsorbing heavy metals, said Dr. Xianbiao Wang, one of the authors of the study from Anhui Jianzhu University in China.

"Adsorption is an easy way to remove pollutants from water, so developing new products that can do this is a big challenge in environmental remediation," he said. "The chemical and physical structure of such products is very important; it is interesting to design and fabricate adsorbents with different structures to see how they behave. In particular, materials that mimic biological adsorbents like coral have potentially huge applications."

The team developed coral-like nanoplates using aluminum oxide, which previously had been used to remove pollutants. However, in previous uses the structure of the material was not optimal, limiting performance, according to researchers.

Wang's team corrected this by creating nanoplates that curl themselves up into a coral-like structure, behaving more similarly to actual coral and making the material more effective, he said.

Wang and the team published a paper about their work in Elsevier's Journal of Colloid and Interface Science.

In tests researchers found that the coral-like structure removed about 2.5 times more mercury from water than the traditional aluminum oxide nanoparticles. The team hopes the research can inspire similar biomimicry designs to solve other environmental and engineering problems, Wang said.

"We hope our work provides inspiration for more research into the development of materials that mimic biological organisms," he said.