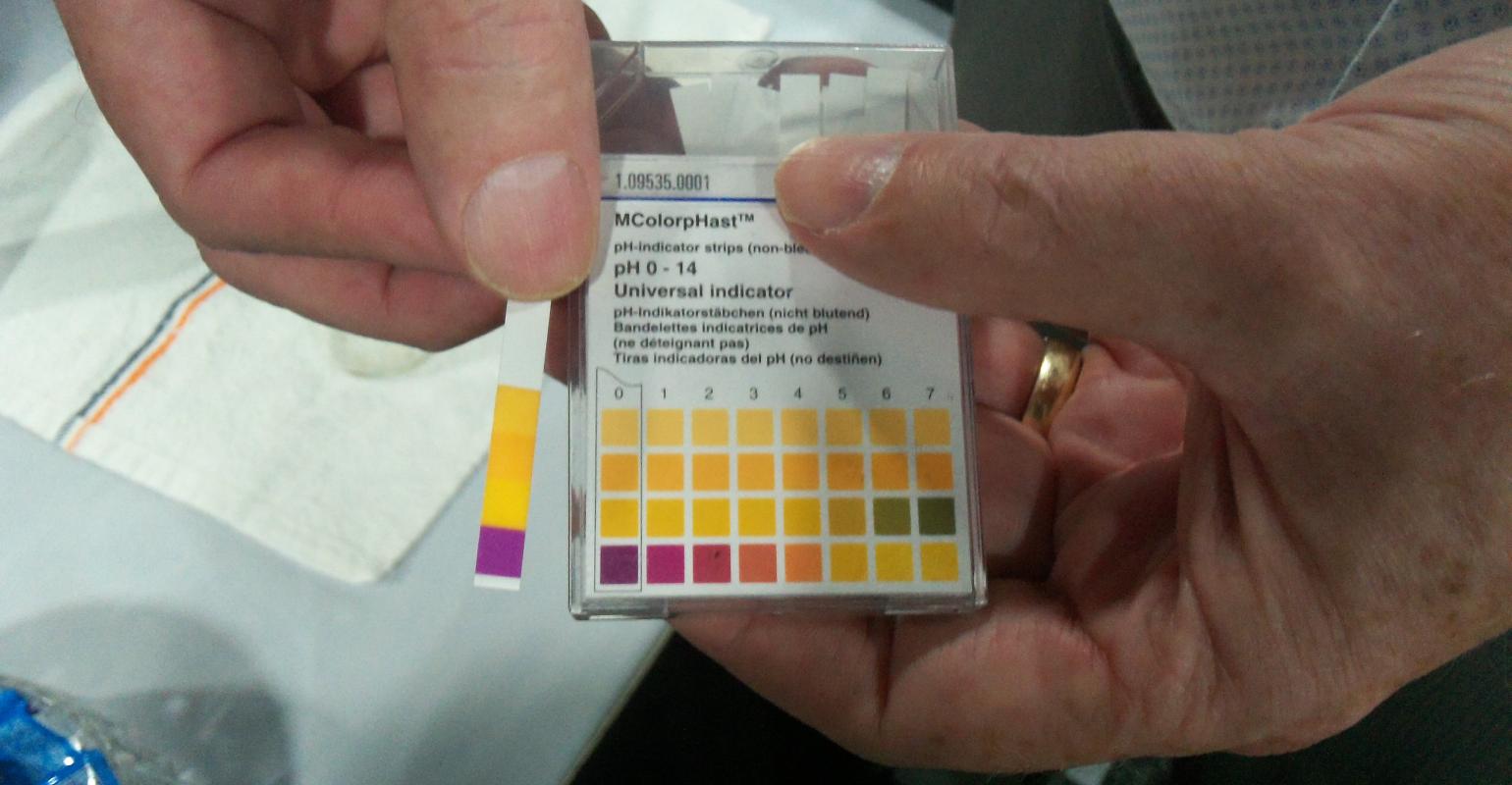 A Michigan-based startup wants to breathe life into the venerable lead-acid battery by offering a less toxic, drop-in replacement for the sulfuric acid electrolyte that has been a staple for more than a century.

Tydrolyte sees its new electrolyte serving in applications ranging from stop-start auto batteries to forklifts and golf carts. “The main difference is that batteries with sulfuric acid tend to degrade fairly rapidly,” Paul Bundschuh, CEO of Tydrolyte, told Design News at the recent Battery Show. “Whereas, batteries with our material tend to degrade much more slowly.”

The new electrolyte chemistry is also reported to have lower charge resistance, enabling it to charge more quickly. And it’s less reactive with plants and animals. At the company’s booth at the show, Bundschuh demonstrated the liquid’s low toxicity by splashing some on his face and placing it on his tongue. That low toxicity would serve as a safety benefit in manufacturing facilities where lead-acid batteries are made, Bundschuh said.

Tydrolyte declined to detail the chemistry of the new material at this point, saying only that it is novel and that a patent is pending. The company said only that the material has a pH similar to that of sulfuric acid (between 0 and 1) and uses sulfates to react with lead and lead dioxide plates in a manner similar to that of common lead-acid batteries.

If suppliers adopt the startup’s new technology, it would represent a major departure for the battery industry. Lead-acid batteries, invented in 1859, have used sulfuric acid as an electrolyte throughput much of their history.

If successful, the new technology could offer a shot of innovation for a very large market. Although lead-acid’s use is largely taken for granted, it’s still a $36 billion market that accounts for about 80% of the industry on a capacity basis.

“There’s a lot of life left in the lead-acid battery,” Bundschuh said. “It’s not talked about much in the media because it’s mature. But it’s still the dominant player out there and there’s a lot of room left for innovation.”