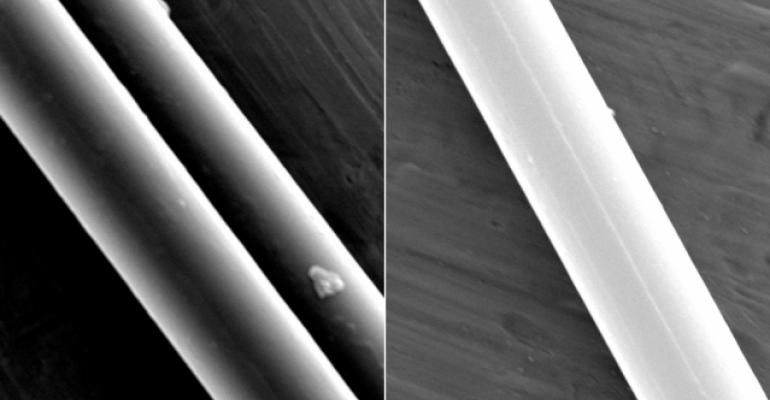 Researchers at MIT have observed a novel reaction of spider silk that make it well-suited for the development of robotic muscles and actuators.

Spider silk is already recognized as one of the strongest materials known to man comparable to its lightweight. Now researchers at MIT have discovered that another quality of the material—its resilient fibers that also have a property that make them well-suited to another potential use as a new robotic actuator or muscle.

A team led by MIT Professor Markus Buehler, head of the Department of Civil and Environmental Engineering, discovered what he called a “new phenomenon” in which the fibers of spider silk shrink in response to changes in moisture, which is called supercontraction. Moreover, the threads not only contract, but also twist at the same time, which provides a strong torsional force, Buehler said in an MIT news release.

Researchers discovered this characteristic quite by accident while studying the influence of humidity on spider dragline silk by suspending a weight from the silk to create a pendulum, then enclosing it in a chamber with controlled relative humidity inside, said research collaborator Dabiao Liu, an associate professor at Huazhong University of Science and Technology in China.

“When we increased the humidity, the pendulum started to rotate,” he said. “It was out of our expectation. It really shocked me.” Researchers tested other materials, including human hair, to see if they had the same type of reaction to humidity, but found that they didn’t find similar twisting motions, Liu said.

Without a clear answer as to why spider silk reacts this way, the team surmised that the supercontraction in response to moisture might be a way to make sure a spider’s web is pulled tight in response to something like morning dew to protect it from damage. This also might ensure the web’s response to vibration when prey becomes caught is not compromised, researchers said.

Because of the ability to control the contraction due to humidity, the team realized the material and its newly discovered characteristic could be “very interesting for the robotics community,” Buehler said.

Because “it’s very precise in how you can control these motions by controlling the humidity,” the material and its functionality could be used as novel way of controlling certain kinds of sensors or devices, he said. Researchers published a paper on their findings in the journal Science Advances.

Upon further investigation into what they observed, researchers discovered that the protein fiber of which spider dragline silk is made has two types of proteins—MaSp1 and MaSp2—that can explain the movement when exposed to humidity.

Water molecules interact with proline, a protein building block found within MaSp3, disrupting its hydrogen bonds in an asymmetrical way that causes the rotation. The rotation only goes in one direction, and it takes place at a threshold of about 70 percent relative humidity, Buehler said.

“The protein has a rotational symmetry built in,” he said. And through its torsional force, it makes possible “a whole new class of materials,” including potential polymers that might be developed to replicate the behavior, Buehler added.

In addition to being used to develop artificial robotic muscles or new types of actuators, researchers believe their findings also could be applied to the development of precise sensors for humidity as well as other new inventions, they said.