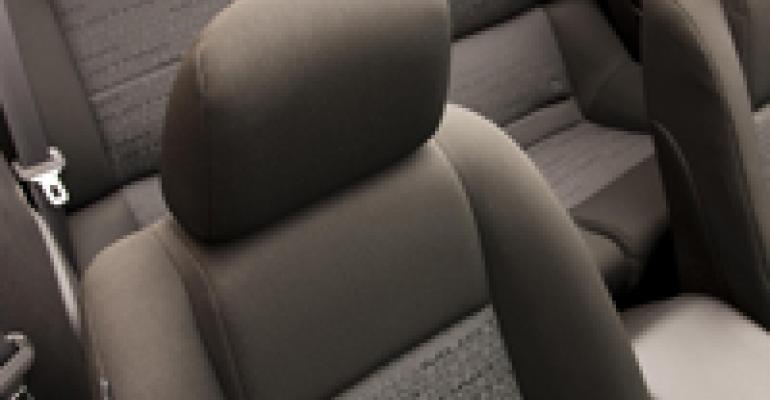 According to the United Soybean Board, a U.S.-farmer-led organization, these new soy-based products have been recently introduced:

Marty Ross, vice chairman of the USB New Uses program and a soybean farmer in Delaware, says: "To see this many products come to fruition year in and year out with the help of the soybean checkoff is amazing."

The USB's U.S. soybean research and promotion program is known as the soybean checkoff.

There is a strong trend away from using foodstuffs as a feedstock for bioplastics. But the USB says not to worry. A USB study maintains that industrial demand for soybean oil for biodiesel and soy-based products increases the supply of soybean meal, which can be used to produce more food. Oil makes up just 18 percent of a soybean while the remainder consists of protein-rich meal.

One of the first efforts to develop a plastics market for soybean oil came from Thomas Kurth, a formulator who discovered that a polyol precursor could be formulated from crude soybean oil, refined to a precise specification for urethane use and blended with additives to control the diisocyanate reactivity. He and a partner founded Urethane Soy Systems Co. in 1998 and introduced a commercial product called SoyOyl in 1999 at the Polyurethanes Expo in Orlando, FL.

A major collaborative research project in 2000 to commercialize soy-based polyols on a broad level stalled because the material had a rancid odor, poor compression set and poor mechanical properties.

A formulation chemist at Ford named Christine Perry made hundreds of different formulations in an effort to solve the problems. After two years, she succeeded and Ford became the world leader in implementation of the technology. Ford is now expanding use of soy-based materials in all automotive foam applications.

Cargill built a $22-million bio-based polyols manufacturing plant in Chicago in 2008, and expanded production capabilities at a site in Brazil in 2007. Cargill also opened a 19,000-ft2 R&D site for polyols in Plymouth, MN.

Another major player is Bayer, the company that first invented polyurethanes when it was part of IG Farben in 1937. Bayer has several commercial applications in the field, and is now seeking to take the technology one step further, tapping waste carbon dioxide as a feedstock.

Researchers from Bayer MaterialScience and Bayer Technology Services are working with RWE Power AG, Germany's largest utility, and Aachen University on use of carbon dioxide to produce polyols in what they call the "Dream Production" project. A kilogram-scale pilot plant is being built at Chempark Leverkusen.

Several companies are using, or planning to use feedstocks other than soy oil because they can impart different mechanical properties and due to fears that soy prices could rise too high.

Dow Chemical, for example, also uses rapeseed oil as a feedstock to produce polyols in plants in Texas and elsewhere.

Polyols can also be made from castor bean, Euphorbia lagascae, sunflower and linseed. Flexible foam made by Metzeler Schaum GmbH of Germany uses a polyol derived from sunflower oil.
TAGS: Automotive Engineering
0 comments
Hide comments
Related
You Might Like