Rethaka, a woman-owned startup based in Rustenberg, South Africa,  has found a creative way to combine recycled plastic with solar power to give schoolchildren in underprivileged regions not only a stylish bag for their schoolbooks, but also light to help them complete their studies at home.

The company has developed Repurpose Schoolbags to provide children with backpacks that double as a source of light for children in places where electricity is lacking. The bags include solar-powered lamps that can charge during daylight hours, as well as reflector patches that will help keep kids safe when walking along roads—which in some poorer regions of South Africa have no pedestrian sidewalks—to and from school. Indeed, three children die daily on South African roads, while 11.4 million South African students walk to school daily, according to statistics by the South African Parliament cited on the Rethaka website. 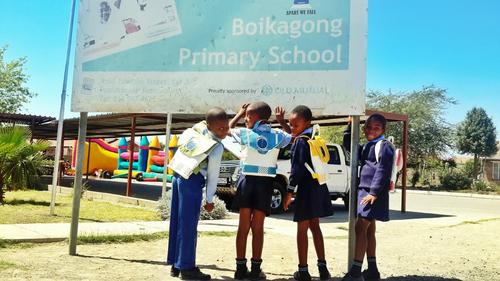 The bags also are waterproof in case of rain and the solar panel, after charging, can provide up to 12 hours of lamp light for children to study or read by in the night-time hours.

“We believe that children should worry about calculating maths sums not the cost of purchasing kerosene and candles,” a statement on the project website said. These kerosene lighting also can be deadly. Citing statistics from Eight19, a manufacturer of plastic-based solar cells, Rethaka said that kerosene lanterns and alternative means of lighting kill at least 3 million people each year, mostly children and women.

To create the bags, Rethaka recycles plastic shopping bags and turns them into textile by fusing them together at a high temperature—something that could be used for other applications as one way to help mitigate the plastic pollution crises, according to a blog post on Plastics Today.

The team behind Rethaka and Repurpose is a group of woman who do everything from sourcing the material to sewing and decorating the bags and aim to sustain a for-profit, environmentally friendly organization, according to the Rethaka website. “Through our green innovations, we redefine societal problems into solutions,” the website said. “We make it our business to uncover sustainable opportunities that create a far-reaching impact for low-income communities, with a particular focus on children and women.” 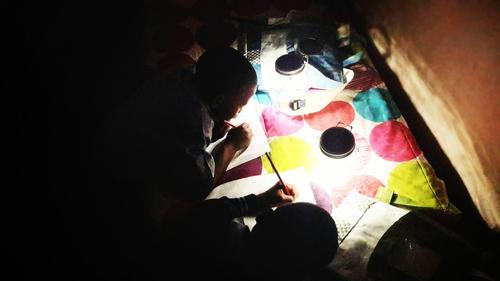 To distribute the bags, Rethaka identifies disadvantaged schools that lack basic supplies and may have students walking long distances to attend. It then pairs what’s called a “Giving Partner” with one of the schools to provide bags to the students there.

In addition to manufacturing and distributing the bags, Rethaka also has launched PurposeTextile Banks, a plastic bag collection service that can be set up in a public area—such as a school, corporate office or church—to source raw materials for the bags and other future products. Rethaka provides the infrastructure and materials to set up the bank, with a local bank manager running the site.