Home>Materials
Recent
Materials
Advances in Catheter Manufacturing
May 18, 2021
The 2021 State of Manufacturing Report: Swift Moves to a Digital Future
May 18, 2021
NVIDIA Omniverse Brings BMW a 30 Percent Boost in Production Planning Efficiency
May 18, 2021
How Artificial Plants Are a Sunlight-Powered Hydrogen Fuel Cell Game Changer
May 17, 2021
Why is Clock Jitter a Big Deal as PCIe 5 Gen Moves Into the Modern Data Center?
May 17, 2021
Individually, These Robots Are Dumb. But When They Work Together? Awesome!
May 17, 2021
Want a Job? Here Are 21 Hot Engineering Gigs for 2021
May 17, 2021
This Breathtaking Bugatti Hypercar Reveals its 3D Printed Secrets
May 17, 2021

'Smart Skin' Changes Color in the Sun, Inspired by Chameleons 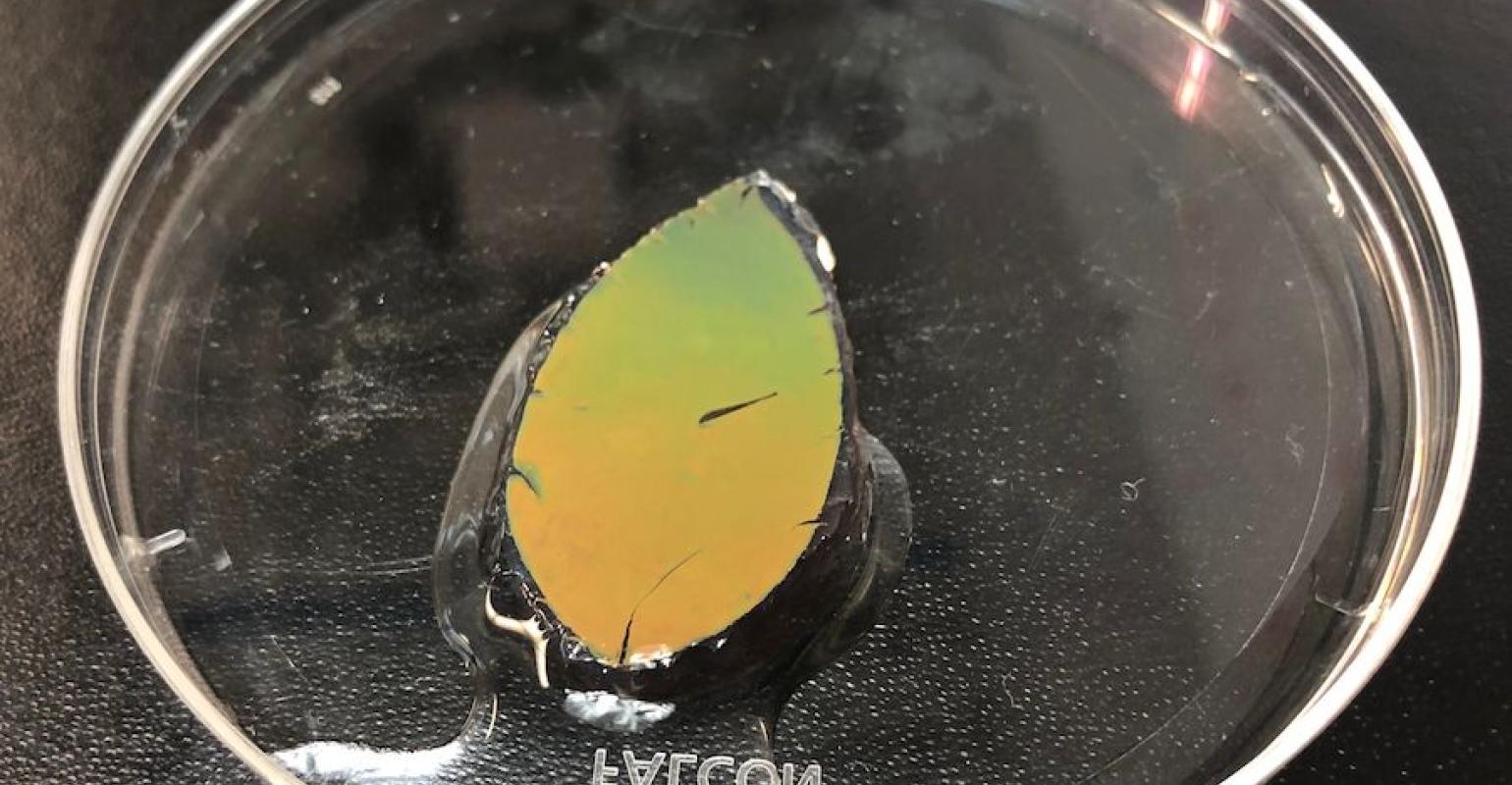 A team at Emory University combined two hydrogels to develop a material that can changes its color in response to the environment without changing its size.

Researchers have found inspiration in the way a chameleon changes its skin color to develop a new, flexible smart skin that also can change its color in response to the environment without changing its size.

A team from Emory University developed the new material—comprised of two different hydrogels, one that provides coloration and the other provides the mechanical robustness and maintains constant volume, Khalid Salaita, an Emory professor of chemistry, told Design News.

Indeed, the change in coloration in chameleons and other organisms is not based on pigments, but on these photonic crystals, researchers said. Although the particles themselves are colorless, what causes the material to interfere with wavelengths of light is their periodicity.

The precise spacing between them allows certain light waves to pass through them while rejecting others, researchers said. The visible colors produced change depending on factors such as lighting conditions or shifts in the distance between the particles.

Researchers have been working for some time to control the photonic crystals that chameleons use to change skin color, but have run into a key problem time and again, Salaita said. The issue has been to invent a smart skin that also can change color by altering photonic crystals without changing the volume of the material itself.

“The key to our work was learning how to integrate two types of materials to optimize responsive color change and mechanical robustness,” Salaita told Design News. “We employed modeling to guide the experimental design and by screening different polymers we arrived at the responsive smart skin material.”

Despite their computational methods and ultimate success, the work was not without challenges, particularly in material choice, he told us.

“The main challenge was to identify hydrogels that had the ‘right’ mechanical properties such that they rapidly changed color in response to sunlight or thermal heating, while also maintaining mechanical robustness,” Salaita told Design News. “While we were guided by computational modeling, the work required screening hundreds of polymers with different crosslinker concentrations.”

In the end, the skin developed by Salaita’s team reacts to heat and sunlight while maintaining a near constant volume, he said. The team achieved this through the balance of the two materials--one that contains the responsive hydrogel photonic crystal while the second is mechanically robust and can be stretched or collapsed to maintain the constant volume, he told Design News.

Only after  studying video of chameleon skin cells and observing their formation did researchers find the right material combination and structure, Salaita said.

The team envisions myriad uses for the material it designed, including applications in chemical sensing, camouflage, and anti-counterfeiting, Salaita said.

“Over the past decades, responsive hydrogels have been engineered to respond to a wide range of triggers--small molecules, etc.--and we anticipate that we can integrate these past designs into our photonic crystal films,” he told Design News.