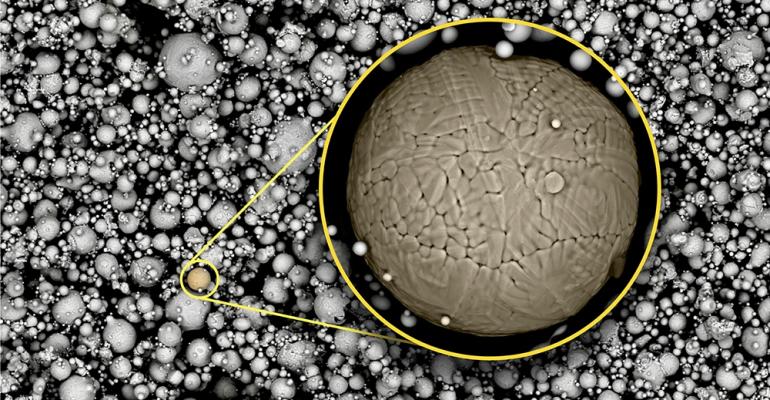 Guidelines for fabricating martensitic steels in various shapes free of defects can be applied to other metals, too.

Martensitic steels are some of the strongest, least expensive and most lightweight forms of these types of metals. However, until recently, working with this metal has been a complex manufacturing process only used by certain industries.

That could soon change, thanks to researchers from Texas A&M University, working with scientists in the Air Force Research Laboratory, who are developing guidelines for 3D printing martensitic steels into strong objects of various shapes free of defects.

Most strong and durable steels, which can be used in a range of applications, are expensive, according to Ibrahim Karaman, a professor and head of the Department of Materials Science at Texas A&M.  Comparatively, martensitic steels are relatively inexpensive, costing less than a dollar per pound.

Previously, these steels could only be built into complex structures for high-strength, lightweight parts for industries like aerospace, automotive, and defense, but, according to Karaman, the new solution makes them more accessible for other purposes.

“We have developed a framework so that 3D printing of these hard steels is possible into any desired geometry and the final object will be virtually defect-free,” Karaman said in a press statement.

Steels are made of iron and a few other elements, including carbon. Heating steels to extremely high temperatures and then rapidly cooling them—confining carbon atoms within iron crystals to provide strength—is what forms martensite steels.

Previously, martensitic steels have been application-specific, manufactured into particular objects of different shapes and sizes to suit a specific use. This scenario should be well-suited to additive manufacturing, which layers melted metal powders on top of each other to form an object using a laser beam.

However, lasers have shown a tendency to form pores within martensitic steels that create defects in the finished objects and weaken them, according to Karaman.

“Porosities are tiny holes that can sharply reduce the strength of the final 3D-printed object, even if the raw material used for the 3D printing is very strong,” he said in a press statement.

To try to figure out how to eliminate the potential for these defects, researchers investigated the printing process from the bottom up—or in this case, the top down—with the help of some modeling tools.

First, the team chose an existing mathematical model inspired from welding to predict how a single layer of martensitic steel powder would melt for different settings for laser speed and power.

Then, they compared the type and number of defects they observed in a single track of melted powder with the model’s predictions, which gave them enough information to change the existing printing framework slightly so that subsequent predictions improved.

After some testing and tweaking, the team came up with a framework that could, with a sound degree of accuracy, forecast if a new, untested set of laser settings would lead to defects in an object printed from martensitic steel.

“By combining experiments and modeling, we were able to develop a simple, quick, step-by-step procedure that can be used to determine which setting would work best for 3D printing of martensitic steels,” said Raiyan Seede, a Texas A&M graduate student who also worked on the project, in a press statement.

Researchers published a paper on their work in the journal Acta Materialia.

While the printing framework the team developed was aimed at creating objects without defects from martensitic steels, it also can be applied to other metals, eliminating the formation of pores in metal objects is a goal across all types of metal additive-manufacturing processes, according to Karaman.

“Although we started with a focus on 3D printing of martensitic steels, we have since created a more universal printing pipeline,” Karaman said.