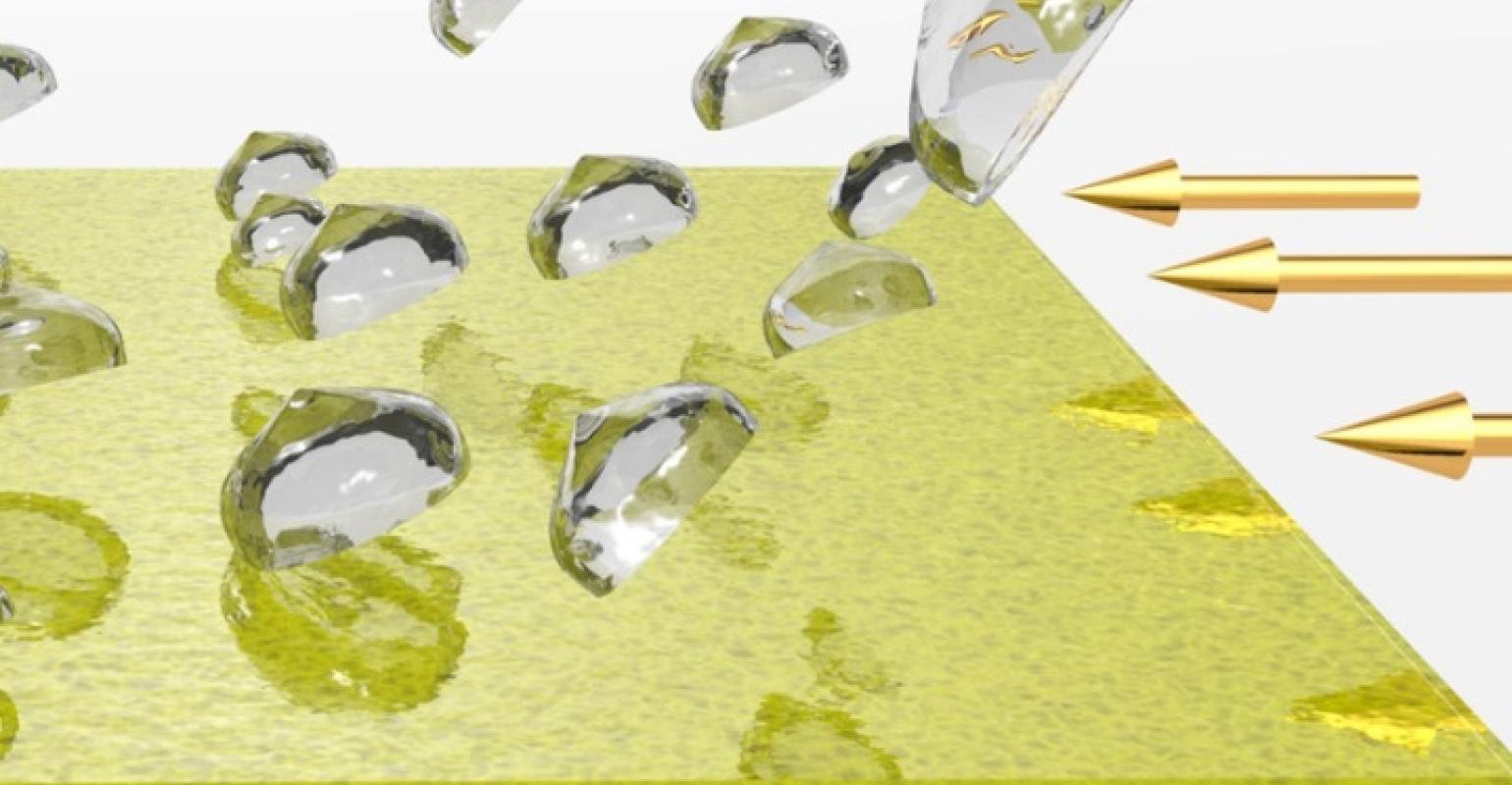 Researchers at the University of Houston have used a physics-based stress theory to create a new ice-repelling polymer that performs better than previous designs.

Anyone who lives in a place with below-freezing temperatures knows how destructive and even dangerous icy conditions can be, and the effect they have on materials exposed to the elements. This is why researchers are constantly seeking new materials that can better repel ice and keep infrastructure for air travel, power generation, and other critical facilities working effectively even in the cold.

A team at the University of Houston (UH) has invented a durable silicone polymer coating—which can be sprayed on various surfaces—that shows an unprecedented ability to repel ice from any surface, researchers said in a UH news release.

A new theory in physics called stress localization was critical to the design of the material, helping researchers tune and predict the properties of the material with the time-consuming trial and error that’s usually necessary, said Hadi Ghasemi, an assistant professor of mechanical engineering at UH.

“You put in the properties you want, and the principle will tell you what material you need to synthesize,” he said. The concept also can be used to design other materials, including ones with antibacterial or other desirable properties, depending on the research, Ghasemi said.

Icy weather is to blame for multibillion dollar losses every year in the United States. These include delays and damage related to air travel, infrastructure, and power generation and transmission facilities. One of the key issues facing existing ice-repellent materials is the ability to break the stubborn adhesion ice has to materials on which it forms, scientists said.

Indeed, Ghasemi and his team previously developed several new ice-phobic materials, but they haven’t been able to completely overcome this problem of ice adhesion to a surface, he acknowledged. These materials also had limitations in mechanical and environmental durability.

The new ice-repellent material uses what’s called “elastic energy localization” at the place where ice meets the material, which allows it to avoid some of the issues with earlier materials the team invented, he said. This triggers cracks at the interface that slough off the ice from the surface of whatever it has adhered to.

The material requires minimal force to cause the cracks; the flow of air over the surface of an airplane can act a trigger, for example, Ghasemi said. Researchers published a paper describing their work in the journal Materials Horizons.

In testing the material showed not only strong ability to repel ice, but also that it is unaffected by ultraviolet rays, which is important if used with aircraft, researchers said. It also is mechanically durable and appears to be able to last for about 10 years, with no need to reapply, Ghasemi said.