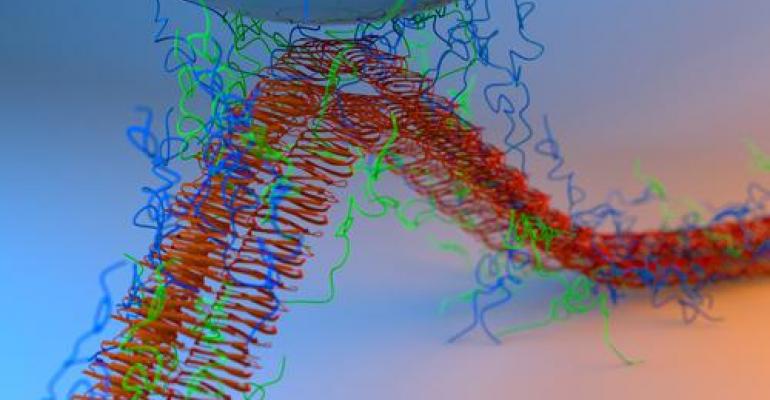 Barnacles and mussels stay attached to ship hulls and rocks because of a very sticky protein glue they secrete -- and they manage to hold on for a long time, even underwater. Researchers at MIT took mussel glue as inspiration -- and as an ingredient -- for engineering their own sticky waterproof adhesive. They expect it will be used in both nautical and medical applications.

The MIT team, led by associate professor of biological engineering and electrical engineering and computer science Timothy Lu, combined multiple "mussel foot" proteins with a protein found in biofilms made by bacteria to form a super-sticky glue that outperforms any of them. 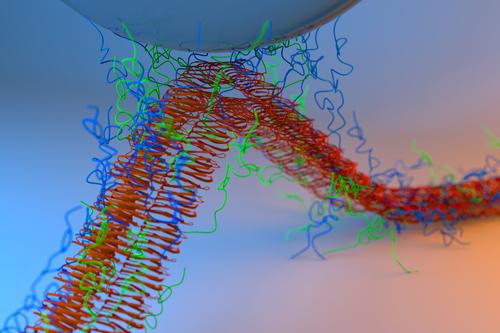 Previous attempts by other researchers to engineer single mussel foot proteins using E.coli bacteria don't have the same complexity as the MIT team's hybrid version engineered by bacteria, said Lu, in an article on MIT's news website. That's because his team's super-sticky glue combines two of several existing mussel foot proteins, as well as the bacteria biofilm protein. The fibrous bacterial proteins are bonded to the mussel foot proteins. Then the resulting hybrid molecular materials hierarchically self-assemble themselves into larger, more complex mesh structures. The material formed from these structures is flexible, can bond to a variety of wet and dry surfaces, and is the strongest protein-based underwater adhesives so far. The team describe their work in an article in the journal Nature Nanotechnology.

Since the amount of material produced is still small, the team is working on improving the process so it can be scaled up to produce larger quantities. They will also investigate what happens when some of the other mussel foot proteins are added to the mix. "We're trying to figure out if by adding other mussel foot proteins, we can increase the adhesive strength even more and improve the material's robustness," Lu said, in the article. Additional experimentation will include attempts to create a glue made of bacterial film that self-repairs the surface it's attached to, by sensing damage and secreting an adhesive.

The MIT team's research was funded by the Office of Naval Research, the National Science Foundation, and the National Institutes of Health.

Last year, researchers at Harvard's Wyss Institute for Biologically Inspired Engineering used engineered DNA to develop a programmable glue that tells which water-filled, non-DNA gel bricks to stick together. The team developed their glue as part of ongoing work on self-assembling, three-dimensional engineered DNA bricks. Their system is aimed at medical applications, such as regrowing biological tissue at the site of an injury, so bricks and glue are made of biocompatible and biodegradable materials that break down harmlessly once the bricks self-assemble into the appropriate structure.