HomeMaterialsRodon: How Part Design and Injection Molding Meld Into a High-Quality Part
Recent
Materials
Q&A With IndyCar Gearbox Expert Anna Chatten
May 13, 2022
Intel Unveils Trust Authority to Boost Security
May 13, 2022
Supplier News Looks at Highly Customizable Industrial Monitors
May 12, 2022
Here Technologies Maps are Key to Mercedes Level 3 Automation
May 12, 2022
POLL
'We Built the Domino's Pizza Tracker for Manufacturing'
May 12, 2022
Break Your Bubble Gum Habit by Watching Its Production
May 12, 2022
This Patch Monitors All Your Vitals, Including Blood Pressure
May 12, 2022
First E-Skin to Anticipate, Perceive Touch from All Directions
May 12, 2022

Rodon: How Part Design and Injection Molding Meld Into a High-Quality Part 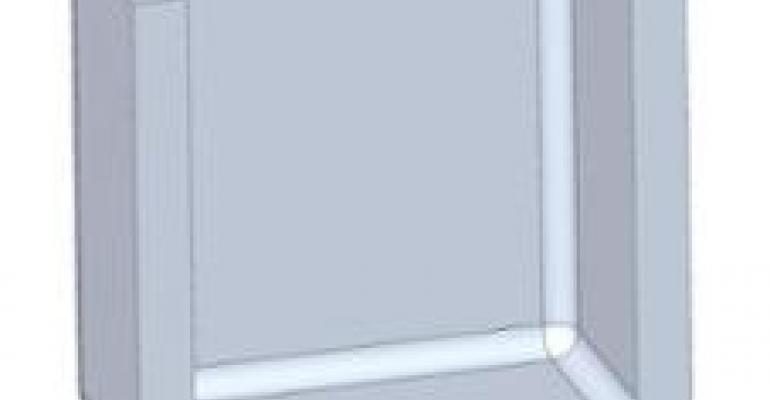 Although everyone knows that plastic injection molding can produce mass volumes of parts with precision and low cost, not every manufacturer gets the process right, which could defeat its purpose and hamper production.

The Rodon Group, a specialist in custom injection molding for small plastic parts, shares blog advice for achieving success in injection molding by breaking it down step by step. One of the four key factors to ensuring consistent parts of high quality is part design, the company writes, along with tool building, material selection, and manufacturing.

Part design has particulars of its own that must be addressed, Rodon writes in its blog.

Wall thickness is the first consideration in part design. Maintaining a uniform wall thickness will resolve most of the defects that could occur during the molding process and helps the mold fill and cool properly. 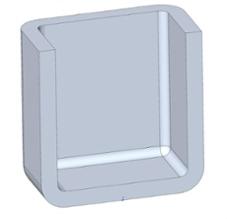 When plastic resin is melted, it flows into the areas of least resistance and into the thick-walled areas first. If they are not the same in thickness, then the thin areas may not fill and pack properly. If a part does not have consistent wall thickness, it's still possible to avoid an improper fill by designing the mold cavity in a way that the thicker areas transition gradually into the thinner areas.

The design of ribs to reinforce the strength of a part, and support walls and other dimensional components, also is a key factor in successful plastic injection molding. Ribs should be between 50% and 70% of the wall thickness, depending on the material used, and generally no more than three times the height of the thickness of the wall, according to Rodon. The corners should include radii and the height should include a draft of 0.5 to 1.5 degrees, the angle of which allows the part to be ejected from the mold.

A boss that conforms to the same thickness of the ribs also should be included in a part design to accommodate its assembly through screws or pins. It also should follow the lead of rib design and have some draft to facilitate ejection from the mold, Rodon mentions.

Corner transitions are another key aspect of part design that will ensure the melted plastic flows properly and evenly across the mold. To achieve good transitions, corners should have a curve versus an angle, and the radius should be consistent on the inside and outside of the wall to create a uniform thickness, This type of design will allow the plastic to flow smoothly in the molding process.

The lines between welds -- which are formed when two material flows come together in a part -- are another design consideration, and perhaps one of the trickiest of all, according to Rodon. These junctures often have cosmetic and structural problems, so it's a good idea to use computer-aided flow simulators to help design engineers determine where the weld lines will occur and adjust part design and tool gating to minimize their impact, the company writes.

The final two aspects of part design Rodon addresses in its blog post are gate placement and vent placement. The former is key to ensuring the plastic flows from the runners for distribution throughout the part, allowing proper fill. This is why the type of gate chosen and its placement are important to maintaining the quality and integrity of the part.

Vent placement is important because vents allow the gas in the mold cavity to escape without causing super heating or burning of the resin, according to Rodon. Vents also can help minimize weld lines if placed properly.

MORE FROM DESIGN NEWS: Solvay Revs Up With All-Plastic Engine

Elizabeth Montalbano is a freelance writer who has written about technology and culture for more than 15 years. She has lived and worked as a professional journalist in Phoenix, San Francisco and, New York City. In her free time she enjoys surfing, traveling, music, yoga, and cooking. She currently resides in a village on the southwest coast of Portugal.