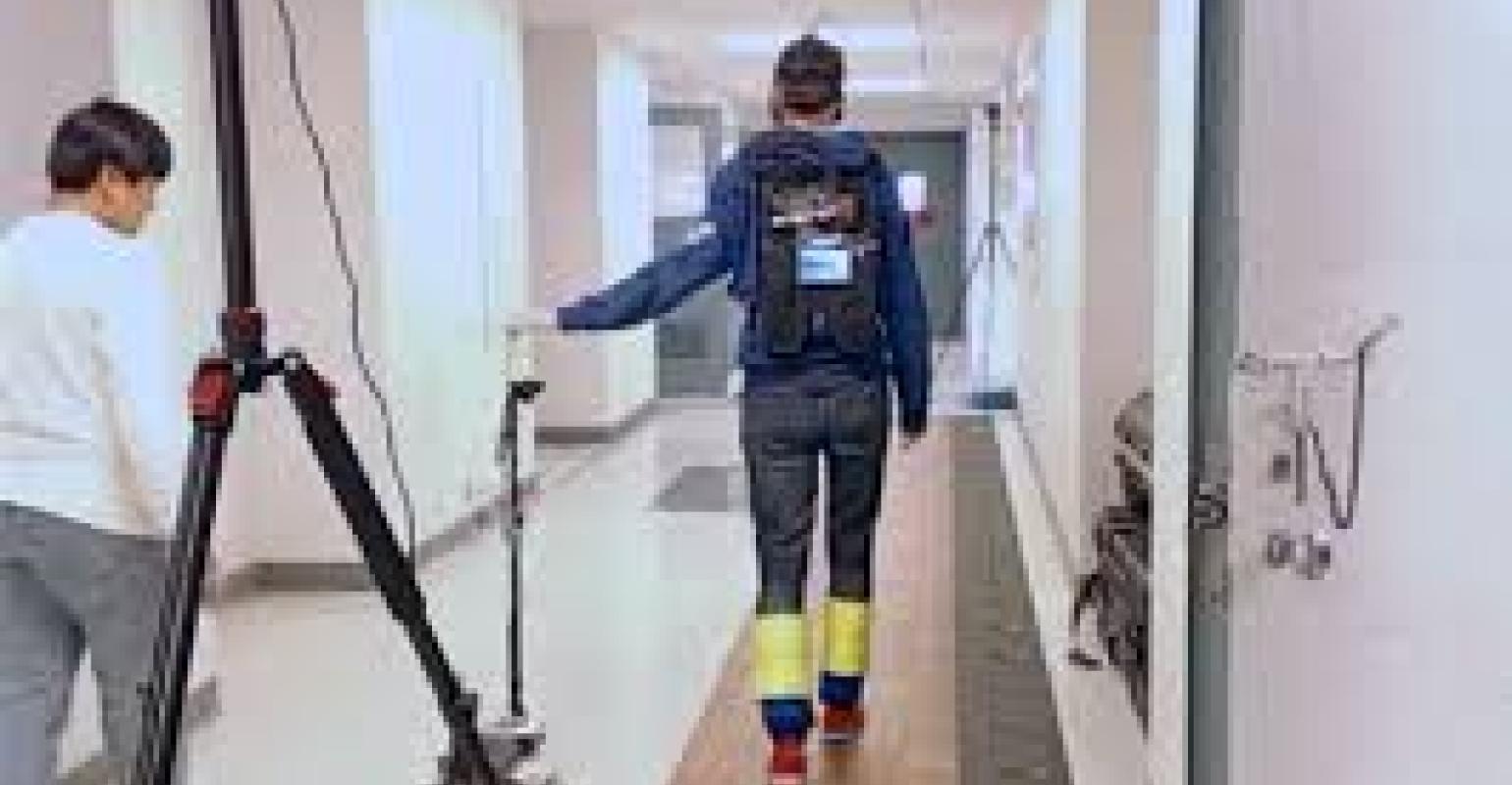 Researchers at Columbia University have added electronics and computation technology to a simple cane that can provide gentle assistance to the elderly.

It’s not uncommon for elderly people or those with physical afflictions such as multiple sclerosis to walk with a cane. A team led by Sunil Agrawal, professor of mechanical engineering and rehabilitation and regenerative medicine at Columbia Engineering, has developed a robotic cane—aptly dubbed “CANINE”--that can provide support someone with limited stability by “walking” alongside him or her.

The can provides what’s called light-touch support, similar to how someone might touch or lightly hold a companion’s arm when walking, Agrawal said in a press statement.

“Often, elderly people benefit from light hand-holding for support,” he explained. “We have developed a robotic cane attached to a mobile robot that automatically tracks a walking person and moves alongside.”

The aim of the device is to improve the user’s self-awareness of his or her body in space during walking, thus improving stability and balance, Agrawal said. Researchers also want to provide a tool to support the aging population, who are increasing in numbers and will need more diverse care options.

“This is one technology that has the potential to fill the gap in care fairly inexpensively,” he said in the press statement.

Mobility problems tend to affect the elderly more than young people, with 35 percent of people aged 75 to 80 years suffering from some limitations in movement and walking, which can affect independence and quality of life negatively.

CANINE technology includes more than just the cane itself. Users also walk on a mat outfitted with sensors to record step length and walking rhythm to help researchers analyze their gait and the effects of a light touch by the device on it, Agrawal said.

The tests showed that having the light-touch support of the robotic cane caused all subjects to narrow their strides when their gaits became unstable due to their virtual-environment cues, researchers said. The narrower strides helped stabilize their gait, demonstrating that CANINE could be a helpful tool in such circumstances, researchers said.

Researchers published a study on their work in the journal IEEE Robotics and Automation Letters.

The team plans next to test the technology on their targeted audience, Agrawal told Design News. “The next step of the research is to conduct studies with elderly subjects who have gait and balance impairments to see how this technology helps them in improving their balance during walking,” he told us. “This is an ongoing project in our group and we are looking forward to reporting the outcomes in the near future.”