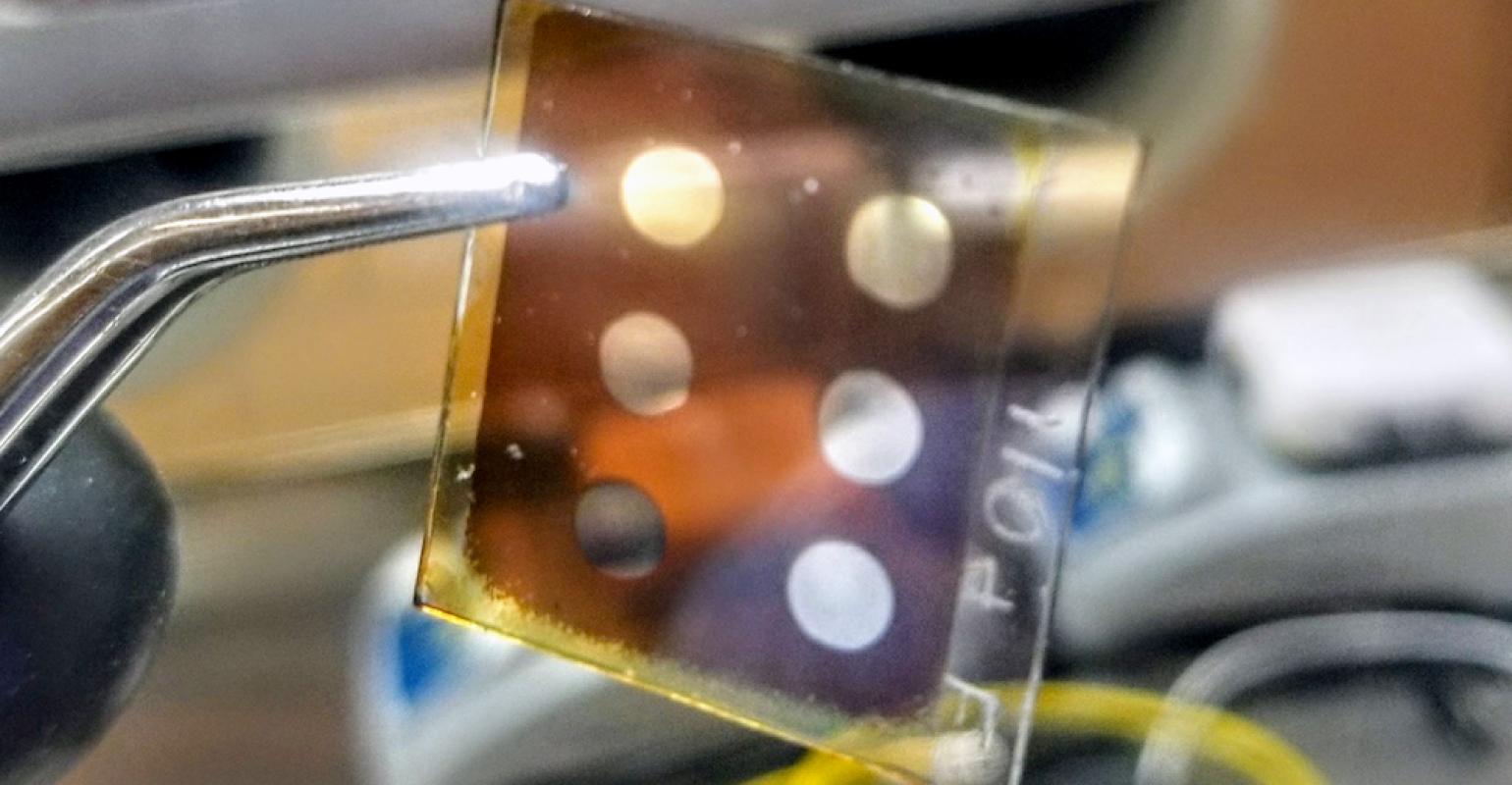 A team at Iowa State developed hybrid cells using perovskites and silicon that could withstand temperatures of nearly 400 degrees Fahrenheit.

Solar cells made from a material called perovskite—both instead of or alongside silicon—have proven to have lower cost and higher efficiency than silicon. However, there have been limitations to this material that scientists have been working to overcome for some time.

To help solve one of these problems, researchers at Iowa State University have developed a way to stabilize perovskite-silicon solar cells at high temperatures. Typically, these hybrid cells break down when exposed to extreme heat.

Perovskites—a broad class of crystalline materials—are widely viewed as an answer to bolster the limitations of energy conversion in silicon cells, as the materials have shown in lab tests to have higher potential to convert light to power.

At this point, the best silicon solar cells in the laboratory have achieved about 26 percent efficiency, though commercial cells are a bit lower. To help raise efficiency levels and decrease cost of these cells, researchers eyed creating tandem structures using both silicon and cells made of new materials, such as perovskites, to use different parts of the solar spectrum to produce power.

A team at Brown University already has found a way to heal cracks found in perovskite cells to improve their performance.

The Iowa State researchers, led by Vikram Dalal, a distinguished engineering professor at the university, made some tweaks to perovskite materials so they could withstand the heat in places where solar energy generation would be optimal, such as deserts or other very hot climates.

They eliminated the material’s organic components—particularly cations, which are materials that have extra protons and a positive charge—replacing them with inorganic materials, such as cesium. This helped stabilize perovskite at higher temperatures.

The team also developed a fabrication technique based on vapor deposition that builds the perovskite material one thin layer—just a few billionths of a meter—at a time. The technique is familiar to other industries, which means it can scale for commercial manufacturing, as well as leaves no contaminants.

In tests, the perovskite solar cells developed by the team showed no thermal degradation even at 200 degrees Celsius (390 degrees Fahrenheit) over a three-day period, which is far higher a temperature than a real-world environment would register.

“That’s far better than the organic-inorganic perovskite cells, which would have decomposed totally at this temperature,” Dalal said.

Researchers published a paper on their work in the journal ACS Applied Energy Materials.

There is still work to do to achieve the conversion rates researchers hope for, however, as the new cells have a photoconversion efficiency of just 11.8 percent. Future work will focus on improving this number by experimenting with new materials.

For example, the team already replaced the iodine common in perovskite materials with bromine, which made the cells much less sensitive to moisture—another typical problem with cells made from this material. However, that also changed the cells’ properties, reducing efficiency and how well they work in tandem with silicon cells.