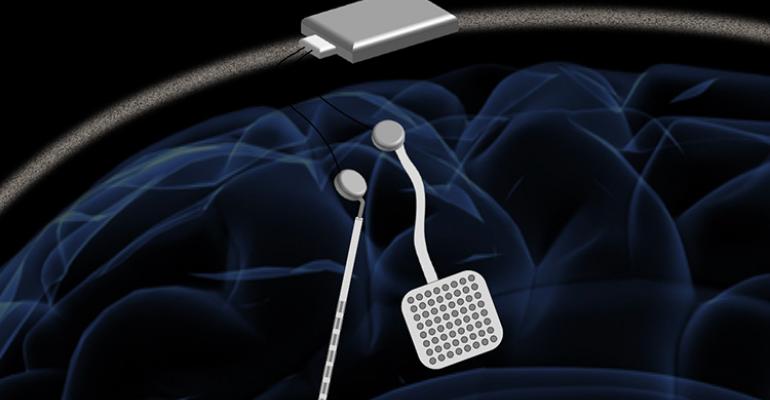 A new device that acts similarly for the brain like a pacemaker does for the heart could help prevent seizures or tremors in patients with brain disease or injury.

Pacemakers long have been used to help maintain regular heartbeats for people with cardiac arrhythmia. Now researchers at UC Berkeley have developed a similar medical device for the brain to help treat patients with diseases like epilepsy and Parkinson’s.

A team has developed a neurostimulator that can listen to and stimulate electric current in the brain at the same time, researchers said in a news release. The device could be used to prevent debilitating tremors or seizures in patients with a variety of neurological conditions by helping detect the extremely subtle signals that precede these events—and are often difficult to diagnose and predict—and adjust them accordingly.

The device is called “WAND”—for wireless artifact-free neuromodulation device—and monitors electrical activity in the brain, delivering stimulation if and when it detects that something is not quite right, said Rikky Muller, an assistant professor of electrical engineering and computer sciences at UC Berkeley.

“We want to enable the device to figure out what is the best way to stimulate for a given patient to give the best outcomes,” she said. “And you can only do that by listening and recording the neural signatures.”

WAND is both wireless and autonomous, as well as closed-loop, Muller said. Once it learns to recognize the signs of tremor or seizure, it can adjust the stimulation parameters on its own to prevent these movements, as well as stimulate and record simultaneously to do this in real-time.

The technology potentially could be a real breakthrough with people suffering from neurological disorders, as current therapy can take years to fine-tune and also is extremely expensive, Muller said.

“Significant reduction in both cost and duration can potentially lead to greatly improved outcomes and accessibility,” she said.

A Variety of Neurological Disorders

Moreover, deep brain stimulators used today either stop recording while delivering the electrical stimulation, or record at a different part of the brain from where the stimulation is applied. This limits their effectiveness,  said former UC Berkeley postdoctoral associate Samantha Santacruz, who worked on the project and is now an assistant professor at the University of Texas in Austin.

“In order to deliver closed-loop stimulation-based therapies, which is a big goal for people treating Parkinson’s and epilepsy and a variety of neurological disorders, it is very important to both perform neural recordings and stimulation simultaneously, which currently no single commercial device does,” she said. Researchers published a paper on their work in the journal Nature Biomedical Engineering.

Both Subtle and Strong

“Because we can actually stimulate and record in the same brain region, we know exactly what is happening when we are providing a therapy,” Muller explained.

Santacruz and electrical engineering and computer science professor Jose Carmena led experiments to test the device. In those tests, subjects were taught to use a joystick to move a cursor to a specific location. After a training period, the WAND device could detect neural signatures that arose as the subjects prepared to perform the motion, and then deliver electrical stimulation that delayed the motion, researchers said.

The team plans to continue their work to incorporate learning into the platform to build intelligent devices that can autonomously decide how to best treat patients, helping to remove constant physician intervention in the treatment process, she added.