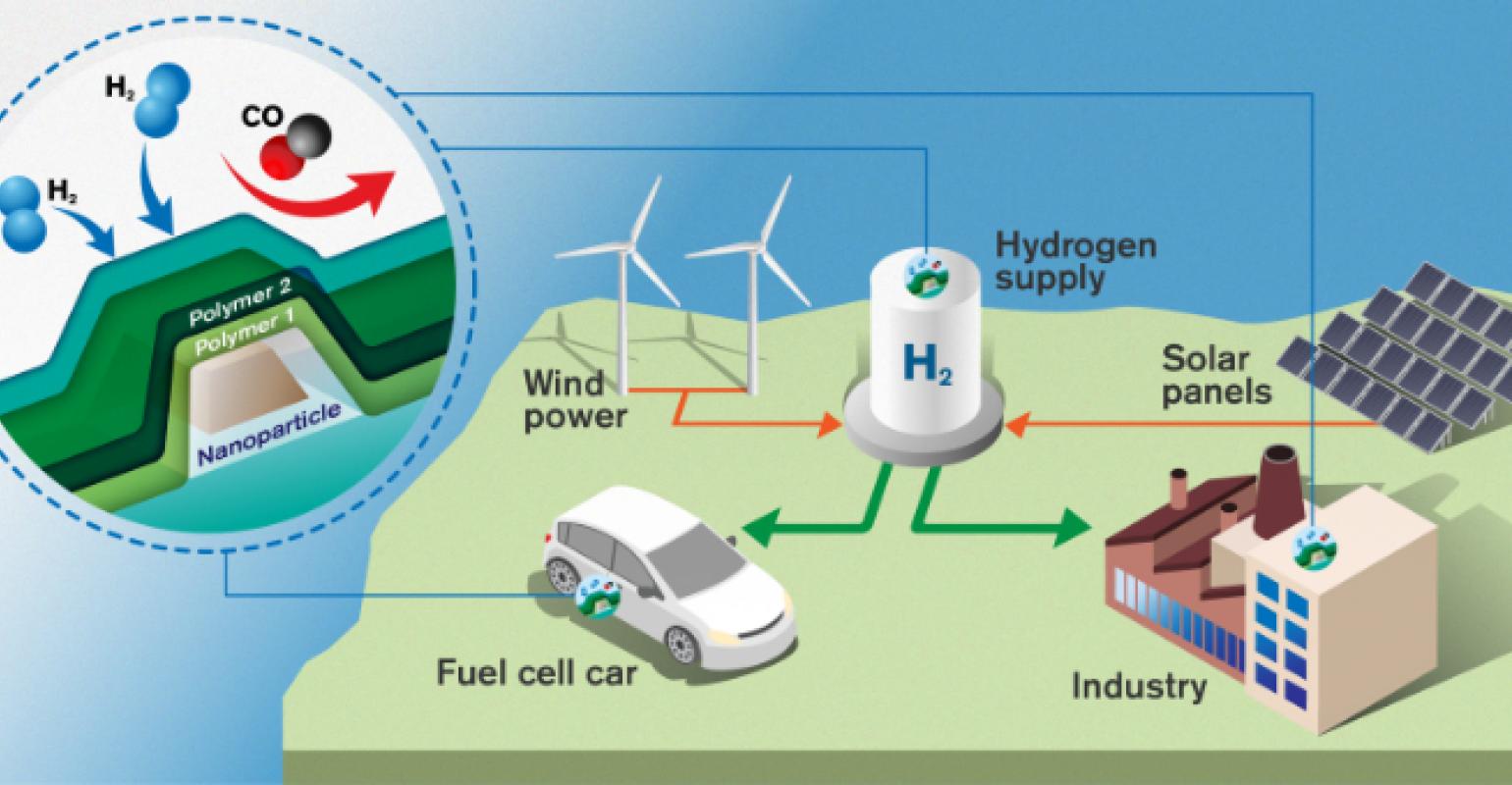 Researchers have developed a sensor that they claim can detect hydrogen in the air fast enough to meet performance standards to ensure safety.

Scientists long have looked to hydrogen-based fuels and fuel cells as a cleaner alternative to fossil fuels for energy production.

However, one drawback has been that hydrogen gas is extremely flammable when mixed with air, which means any automobile or other vehicle using this type of fuel needs to have a reliable and super-fast sensor to ensure safety.

Researchers in Sweden believe they’ve solved that problem with the development of an optical nanosensor that they said responds the fastest to date when hydrogen has escaped into the air.

The sensor—developed by a team at Chalmers University of Technology--is based on an optical phenomenon called a plasmon, which occurs when metal nanoparticles are illuminated and capture visible light. This effect causes the sensor to change color when the amount of hydrogen in the environment changes, researchers said.

“We use arrays of palladium-gold alloy nanoparticles as transducer that can be read-off optically,” Ferry Nugroho, a researcher at the Department of Physics at Chalmers who worked on the research, told Design News. “These particles are then covered with thin polymeric film.”

Key to the sensor’s design is that it is encapsulated in plastic, which has a twofold purpose. It increases the sensor’s response time speeding the uptake of the hydrogen gas molecules into the metal particles where they can be detected, he said. It also acts as an effective barrier to the environment, preventing any other molecules from entering and deactivating the sensor.

“In the work we used tandem polymers comprising PTFE and PMMA,” Nugroho told Design News. “The former modifies the interaction between hydrogen atom and nanoparticle surface, so that hydrogen can goes in and out the nanoparticle quicker, while the latter acts as sieve that prevents other gas molecules than hydrogen pass through.”

The plastic barrier is key to the performance of the sensor and is a point of differentiation over similar technologies created to date, Nugroho said.

“Unlike today's hydrogen sensors, our solution does not need to be recalibrated as often, as it is protected by the plastic,” he said in a press statement.

The Need for Speed

The automotive industry has been eyeing the use of hydrogen fuel cells to replace fossil fuels in cars and provide a cleaner source of energy. However, in order for this to become a reality, automobiles also must have a hydrogen sensor with the ability to detect 0.1 percent hydrogen in the air in less than a second to pass rigorous safety standards.

Detecting hydrogen is no easy feat, as the gas is invisible and has no smell but at the same time is quite volatile and very flammable. To the latter point, it requires only 4 percent hydrogen in the air to produce what’s called oxyhydrogen gas—also known as knallgas—which will catch fire at the smallest spark.

This means researchers really had to focus on the sensor’s ability to very quickly detect hydrogen in the air at even the smallest amounts, said Christoph Langhammer, professor in the Chalmers Department of Physics who also worked on the research. They accomplished this almost by accident when they discovered that the plastic they used to protect the sensor also make its response time faster, he said.

This knowledge inspired researchers to work more quickly to develop a solution to the problem, Nugroho said in the statement. “We wanted to find the ultimate combination of nanoparticles and plastic, understand how they worked together and what made it so fast,” he said. The team published a paper on its work in the journal Nature Materials.

While the sensor is aimed at detecting hydrogen to promote the use of hydrogen fuels for the automotive industry, there also are organizations in other industries that could benefit from an efficient hydrogen sensor—including electricity networks, chemical and nuclear power plants, and medical diagnostics.

Researchers also are eyeing efficient fabrication as part of their strategy, hoping to use 3D-printer technology to manufacture the sensors for industry use, they said.

Build Back Better, with a Little Help from Plastics
Apr 06, 2021